There’s valid criticism of Yasiel Puig out there, but Bill Plaschke is delusional 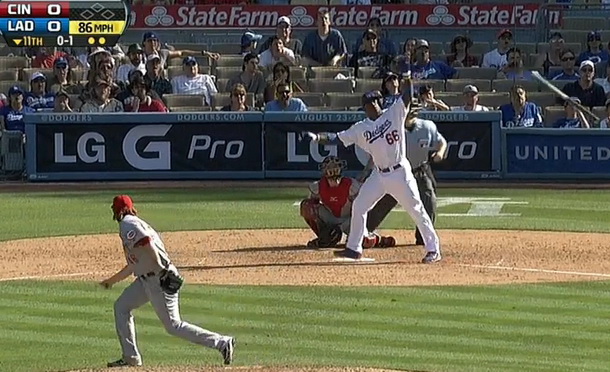 So last night after the game, I quipped that it would be hilarious if Bill Plaschke wrote a column today to somehow blame this game on Yasiel Puig.

I was being snarky, but he seriously tried to.

One of the few familiar sights at Petco was the play of Yasiel Puig, who encapsulated his 2013 struggles in the first inning alone, striking out wildly on three pitches and then overthrowing the cutoff man from right field.

In more Puig news — can there ever be enough? — there has been clarification on a report last week that Mattingly called a team meeting about Puig. Actually, it was Puig who summoned several players hanging around the clubhouse and asked them if anybody had a problem with the way he played.

One veteran spoke up. Then another. Both had the same problem, that Puig was playing too fast and loose with their championship hopes.

There is no sign yet that he has listened, but at least on this night, the losing story revolved around the older guys.
“It’s a hard one to swallow,” Wilson said shortly after a hopeful Dodgers nation quietly took the 2014 season’s first uncomfortable gulp.

Look, I know this was probably for page views so don’t click the whole article, but I had to address this.

Why? Cause it’s deluded. Hell, after the game I was mocking the fact that Puig had a boring game of hitting the cut-off man because of Plaschke’s previous column.

The fact is that Puig hit the cut-off man three times in a row in yesterday’s game. On the play Plaschke is talking about, Hanley Ramirez cut the ball and then dropped the ball and cost them an out either on the throw to third or at second.

But hey, maybe I’m the delusional one, right? So don’t take my word for it. Even ESPN, who has been pushing the “Puig is the worst” story all broadcast long, put the speculation on Hanley’s decision to cut the ball in the first place.

They even later pointed out that Hanley and Juan Uribe were debating it on the field. 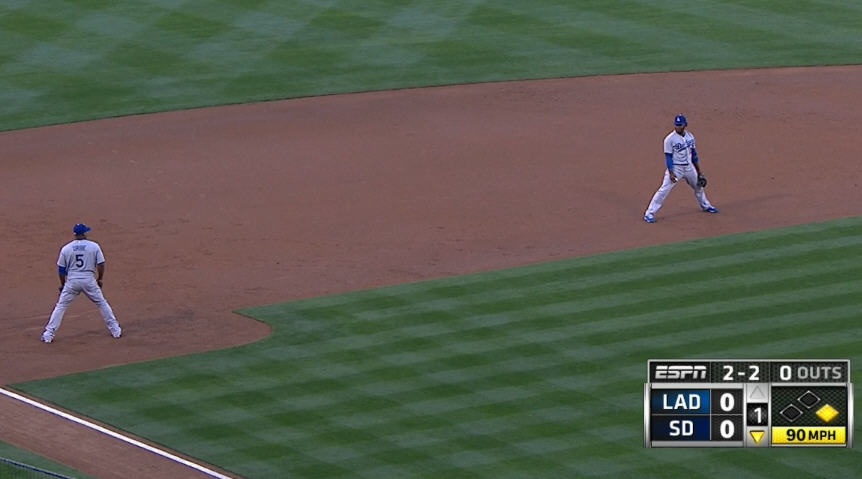 They later went in for a mound meeting to talk about it more after this stare down ended.

The broadcasters went on to speculate on Hanley’s decision, and even John Kruk described it as an “unbelievable throw” that was “right on the money” and mentioned that Hanley/Uribe had to communicate better. The broadcast team then spent the rest of the game nitpicking at Puig’s decision-making and plate discipline, so I’m sure they would have loved to drill him for this as well.

But they didn’t … because it’s nuts to think it was a reflection of Puig being some kind of uncontrollable animal or something.

So basically Plaschke is now saying he KNOWS Puig is at fault, even if the actual players involved blame themselves. Ugh.

Look, I understand that the fan backlash towards the media for reporting concerns about Puig is overwhelming at times, and some of that is delusional as well. But it’s articles like this that made the fans so defensive against anything that happens with Puig’s situation to begin with. Because even when criticism of Puig is warranted and the concerns are real, how are we supposed to sort out what is trash (like this) and what is actually true? Especially if the thing we CAN see and confirm (play on the field) is lied about so blatantly. How are fans just supposed to later take your word that you’re not being equally deluded behind the scenes as well?

THAT is why people doubt reports. The columnists (and sometimes reporters) often do it to themselves by writing garbage like this or whining about Spring Training stats and alleged slumps that never happened.

Blame the fans for “having blinders on” all you want, but if the fans have them on, then it’s because certain media members have essentially rendered all of their Puig reports/articles/opinions moot by, ironically, “crying wolf” about him too often.