Now you know what Miguel Olivo looks like, I guess.

You’d think that a day where the main focus is to merely watch the weather would be a quiet one, but no, of course not. These are the 2014 Dodgers. So let’s get you caught up with today’s hilarity, shall we? 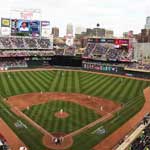 So long, Tim Federowicz. My friend Jay Jaffe tweeted earlier today much the same thing I’ve been talking about for weeks: the Dodger catchers, especially without A.J. Ellis, have been awful. Or as Jay put it, “.143/.228/.165, 1 RBI in 102 PA. Lowest OPS at position by 149 points. SLG 5 points lower than MLB pitchers.” That goes for both Federowicz and Drew Butera, who have both been terrible. (As follower Ryan Frank noted, Federowicz has as many extra-base hits as he does catchers interference calls. That’s, uh,  bad.) Federowicz has options, Butera doesn’t, so down he goes in favor of veteran Miguel Olivo.

In order to get Olivo onto the 40-man roster, Chad Billingsley was put on the 60-day disabled list.

Wait, Red Patterson, really? Earlier today, I joked that the string of bad weather possibly costing the team days off later in the summer might lead to Red Patterson starting by July. Apparently, I was closer than I thought, because Keith Law reports that the Dodgers are going to recall him to start in tomorrow’s doubleheader. Bill Plunkett adds that Dan Haren will start the first game tomorrow, and that an unnamed starter will be recalled for Game 2, so, Patterson.

The move hasn’t yet been officially announced, so we don’t know who goes to make room on the 40-man. Patterson isn’t on it. Because the Dodgers can add a 26th player for the doubleheader, Patterson can come up and go back down in the same day without needing to displace anyone on the active roster, and it seems that’s what will happen.

But he does need to be added to the 40-man, and that means that guys like Carlos Triunfel, Nick Buss and Chone Figgins may not want to rest easily tonight. You could figure that with Clayton Kershaw on the way back, the Dodgers preferred to bring up Patterson rather than disrupt Zach Lee or Matt Magill or Stephen Fife for just one start, especially since Magill and Fife were having control issues in Albuquerque. So, congrats, I guess, Red: you made the bigs, and you get one start in a cold, dreary, rainy tundra. (Dustin will have an expanded report on Patterson, a 26-year-old 29th round pick in 2010 who is in his second Triple-A season, tomorrow.)

Oh, and there’s a game tonight I guess, and it’s really, really, really cold. Zack Greinke is facing Kyle Gibson and Carl Crawford is hitting ninth for the first time in over a decade. And Kershaw is making a rehab start for Double-A Chattanooga, and Julio Urias threw three perfect innings for Rancho. Nothing much going on today, though.

Mike writes about lots of baseball in lots of places, and right now that place is MLB.com.
@mike_petriello
Previous What Happens If The Dodgers Get Rained Out In Minnesota Again?
Next Dodgers 6, Twins 4: That Was Cold And Awful But At Least It’s A Win