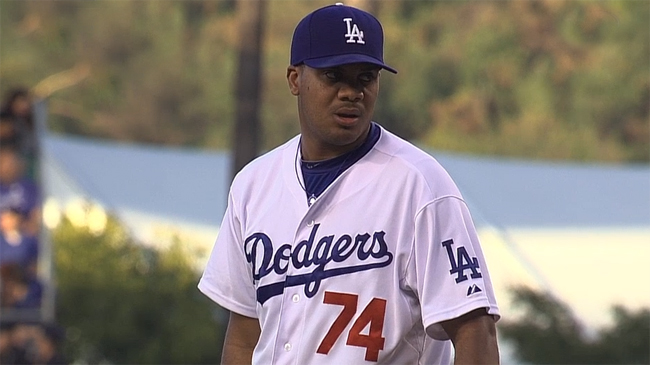 Over at FanGraphs this morning, I investigated the Kenley Jansen narrative of “he’s throwing harder, so his cutter is worse, so that’s why he’s getting hit hard!” Which makes all of the sense, except for the part where it actually isn’t true:

Fortunately, we live in the future and we can compare things like the performance of pitches that were thrown extremely hard or just, you know, very hard. Overall, he’s thrown 324 pitches that were either fastballs or sliders. One-hundred-and-eighteen have been at 95 mph or faster. Of those 118, a mere 10 have been put into play. Five went going for hits; 25, or 21.2%, have been swinging strikes.

One-hundred-and-sixty-one have been at 94 mph or slower. Of those 161, 25 have been put into play, with 12 going for hits. Twenty-one, or 13%, have been swinging strikes. It’s hard to say there’s anything here, as far as damage against Jansen, that’s worse when he’s throwing at higher speeds. At lower speeds, there are more hits, more balls in play, fewer swinging strikeouts.

I went into it thinking there might be some validity to the idea that a straight fastball isn’t as effective as a moving, slightly slower cutter, but the numbers just don’t back that up. Besides, he has been throwing slightly slower overall in the last few weeks, and it hasn’t necessarily helped — on Sunday, when he allowed three runs to the Giants, his average cutter was 93.31 mph. Only twice this year has it been lower than that, and one of those games was the doubleheader in Minnesota when he was sick. Throwing harder hasn’t made him worse. Throwing softer doesn’t make him better.

Though too many Dodger fans still think he’s having a terrible season, it’s just not true. He’s striking out hitters at an absurd rate, higher than ever. He’s walking too many — as you’ll see in the FG link, that is partially because of the high speeds — but though no one ever wants to hear this, a huge part of the trouble he’s had is bad luck. You’ve seen balls drop in for bloop hits, and bounce off his foot, and that’s how he has a .432 BABIP. That’s the kind of thing that evens out for most pitchers over a large number of innings. Unfortunately for Jansen, he’s pitched only 18.2 innings, and things like that get magnified.

He’s still an elite closer. His luck will turn. Don’t let anyone tell you differently.

Mike writes about lots of baseball in lots of places, and right now that place is MLB.com.
@mike_petriello
Previous Dodgers 7, Marlins 1: Josh Beckett is … good?
Next Marlins @ Dodgers May 14, 2014: Welcome Back, A.J.