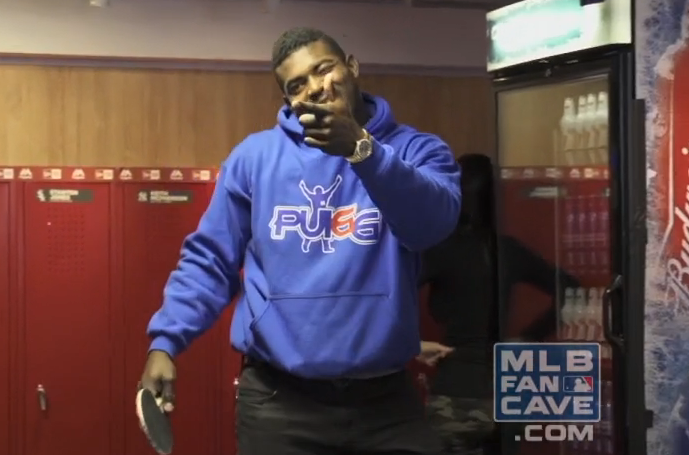 The Dodgers won yesterday, which is good. But Juan Uribe was injured and will likely require a DL stint, and Alex Guerrero became Miguel Olivo‘s lunch, which is not so good.

His voice in English while mimicking others or trying to make jokes is … something. I’ll never get that squeaky “I See You” out of my head. Nightmare fuel.

Of course, the real reason this post exists is for GIFS, glorious GIFS.

But Drew Butera stole Puig’s thunder on the day, and that’s probably the only time you’ll ever read that phrase again.

How? By killing a kid in dodgeball.

It’s like Peyton Manning on ‘Saturday Night Live‘ except in real life.