Thank you, J.P. Howell, for being awesome 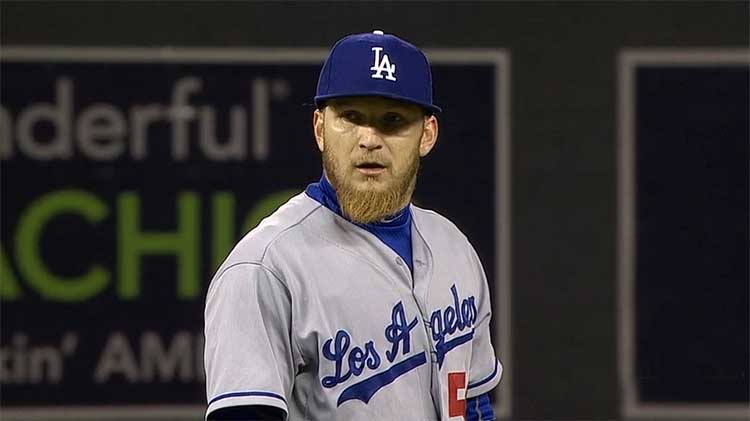 We’ve spent many hours and keystrokes on how bad the Dodgers’ bullpen has been this season, but it’s time for some praise. J.P. Howell is having a fantastic season, and his re-signing was one of the best transactions of the Dodger offseason. 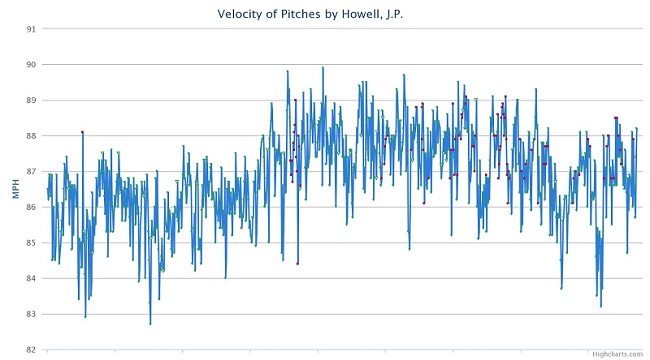 He’s basically duplicating his 2013 season, something that many didn’t think was possible. Howell doesn’t overpower hitters, as I’m sure you’ve seen. But the dude knows how to pitch. And he’s pitching well, despite what would be a career-worse-tying walk rate (4.8 BB/9). Howell may very well be a magician.

He’s been the Dodgers’ best and most consistent relief pitcher, considering Kenley Jansen‘s “struggles” this season. Howell is now the Dodgers’ eighth inning guy, and it’s a role he seems perfectly OK handling. He gets right-handers out just as well as he gets left-handers out. That, coupled with Brian Wilson‘s struggles (thank you for that double play last night, Scott Van Slyke), should lead to an increase in Howell’s innings per outing number. With the increased workload, a Paco Rodriguez promotion would make a ton of sense. Either him or Scott Elbert, who is pitching rehab games in minor leagues. I expect the Dodgers wouldn’t throw Elbert into the fray after three surgeries, so Rodriguez should be up sooner, rather than later, with Chris Perez or Paul Maholm — or both — getting Das Boot.

So, thank you, J.P. Howell for being really good at your job. Thank you for picking up for the guys who were ahead of you on the depth chart. Thank you for being awesome and don’t ever stop being so. Oh, and your beard is only rivaled by SVS’s. You  might have to step your game up in that department.

Dustin Nosler began writing about the Dodgers in July 2009 at his blog, Feelin' Kinda Blue. He co-hosted a weekly podcast with Jared Massey called Dugout Blues. He was a contributor/editor at The Hardball Times and True Blue LA. He graduated from California State University, Sacramento, with his bachelor’s degree in journalism and a minor in digital media. While at CSUS, he worked for the student-run newspaper The State Hornet for three years, culminating with a 1-year term as editor-in-chief. He resides in Stockton, Calif.
@DustinNosler
Previous Dan Haren’s Collapsing 2014 Dream Season
Next Cardinals @ Dodgers June 26, 2014: Uribe Is Back, Hanley Sticks Around