As you should know by now, my Twitter profile picture is of fake Clayton Kershaw, the one who took over for him in the seventh inning of his NLDS starts this year (sorry, I had to). As you should also know by now, that image comes from a glorious Hyun-Jin Ryu commercial out of Korea for Ottogi Noodle/Jin Ramen, which we first saw via TBLA earlier this month, and now Soon Sports has released the behind-the-scenes amazingness from the shoot. And yes, that includes fake teammates Clayton Kershaw, A.J. Ellis, Yasiel Puig, and Juan Uribe, along with fake manager Don Mattingly.

Fake Yasiel Puig looks like Yasiel Puig if he was born into Juan Pierre‘s body type, fake A.J. Ellis looks more like Mark Ellis, fake Clayton Kershaw looks like the Sasquatch from those Jack Link’s jerky commercials, fake Juan Uribe looks like … why does he have a mustache? And fake Don Mattingly looks like Bruce Bochy after he just got done with a month-long bender.

The pictures are amazing. 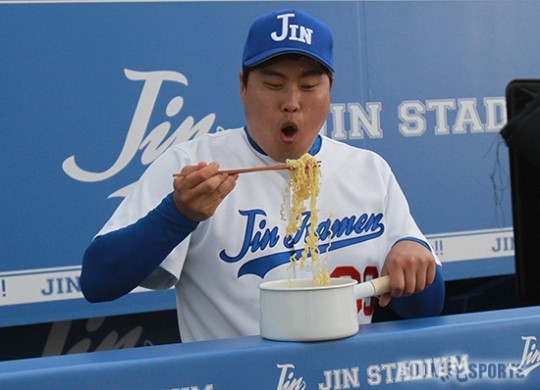 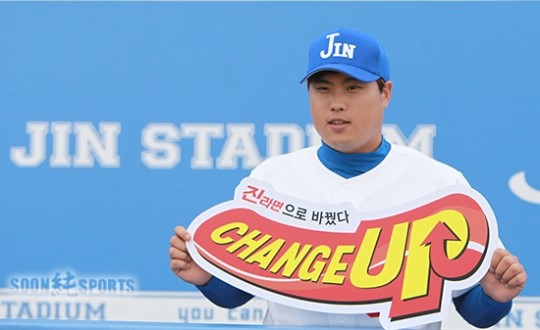 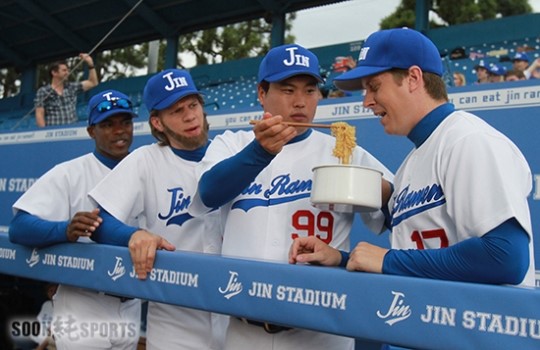 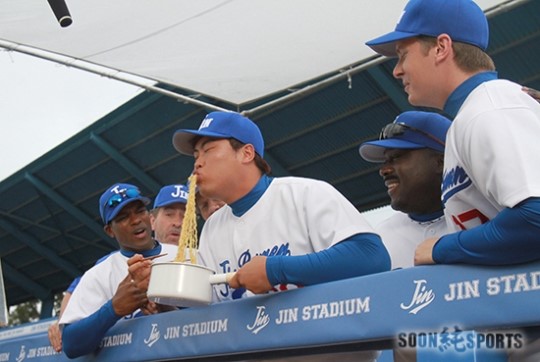 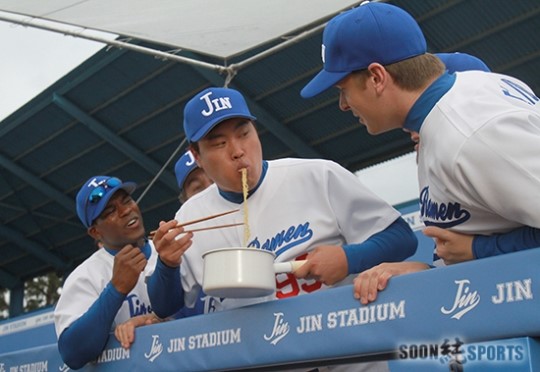 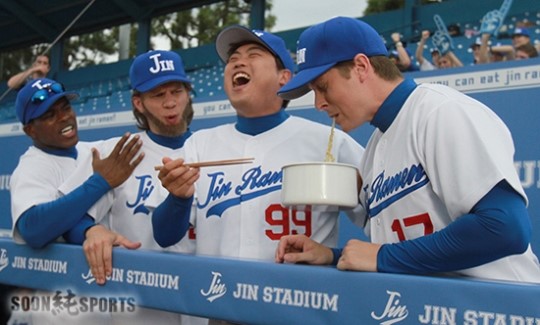 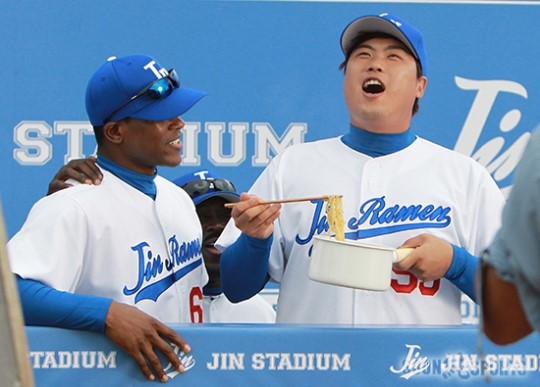 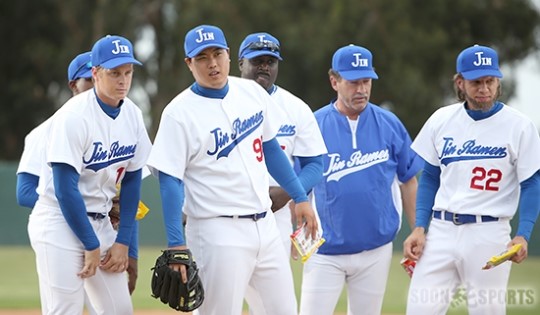 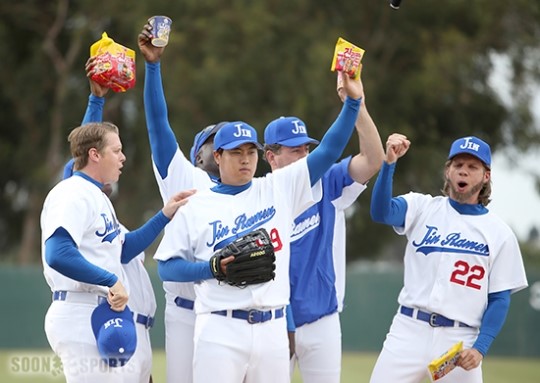 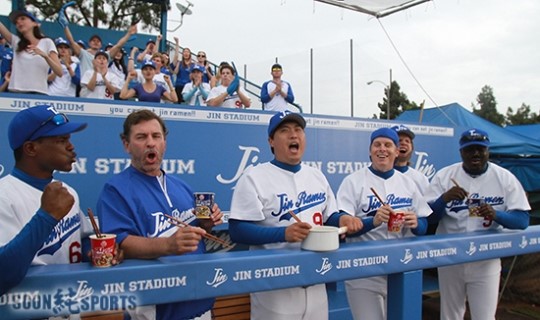 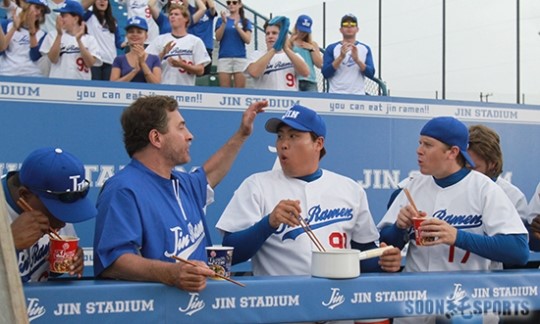 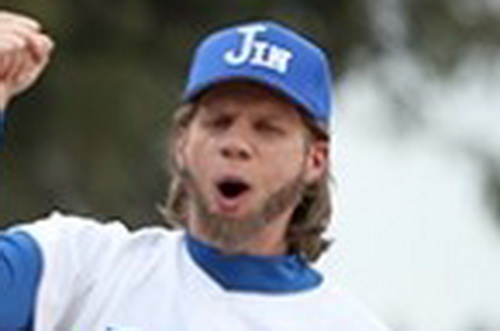