Mailbag #30: Home Field, Greinke, And An Unsurprising Lack Of Questions

Want to ask us a question for the mailbag? Fill out the form to the right!

Or you could pester us on Twitter. Whatever works.

Literally Everybody: Does home-field advantage matter?

Yes, it mattered. No, it was not worth getting worked up about.

Remember, what we’re talking about here is a marginal advantage in the final game of a series that may not even happen to begin with. As I’ve expressed previously on Twitter and in the comments, given the Dodgers‘ propensity for injuries this year and given the boatload of guys who are dealing with nagging or chronic pain, the priority should easily be on getting them rest and keeping them healthy.

I also think it’s telling that both the front office and field personnel of the Mets and Dodgers are not prioritizing going all out for home-field advantage, instead choosing to take precautions any chance they get and resting regulars. Sure, they have to say they’re trying for it, but obviously the moves are made with the intention of prepping for the playoffs first and getting the advantage second.

So yeah, I think it matters a bit, but no, I don’t think it was worth the fans getting all upset about, especially if getting the advantage would’ve required running the regulars into the ground and overextending the pitching staff.

HKJones: What do you think of the Dodgers signing Zack Greinke to an extension at whatever cost and length he demands? It probably would mean having to eat around $60 million for the last couple of years which, likely, will be beyond his effective years. But wouldn’t that be worth it, given what he could do for the Dodgers the next 3-5 years? If they can afford it, why not? Is it any more foolish than paying $85 million this year to non-roster players? I would like to see them re-sign him at whatever the cost. We need him.

Was paying $85 million (closer to $100 million, really) to non-roster players foolish? Seems like the whole point of doing that was so they’d have tons of money freed up in this off-season and the next to pursue exactly those kinds of huge deals with either Greinke or David Price or both.

And yes, to answer the question, they basically have to pay one of those guys, and preferably both. I say that because otherwise the dumping of salary spent on non-useful players this year was sort of pointless.

Sam: The guy that throws pre-game batting practice is usually tossing up 80 mph cookies. I assume they hit off a machine in their cages, and when they do, do they vary the release point? Like, do they set the machine way over to the first-base side of the mound, and closer to the plate, and ramp it up to 95 mph and mix in a curveball to really simulate Madison Bumgarner‘s unhittable release point? It seems like funky left-handers like MadBum are all the rage these days. Just curious if they ever change the release point of the machine to get better prepared to hit these guys.

Point of batting practice isn’t really to make it as difficult as possible for the hitter, especially pre-game. It’s just to get the swing mechanics fine-tuned, to get loose, and to get the timing down.

So no, I doubt they do that, but that’s also not really what batting practice is for at that point either. I wouldn’t worry about this.

This guy is refering to this screencap: 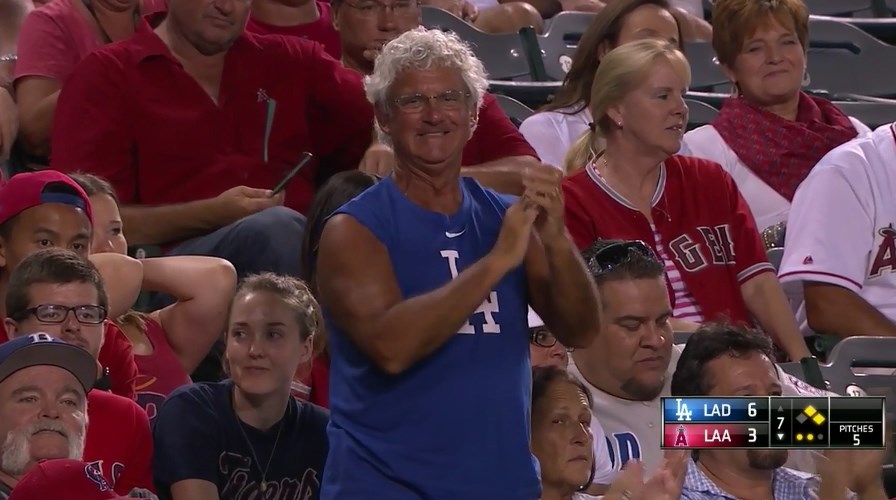 Scott Reeds: Mike you know the truth we all know that Gugen heim is a business model not exactly for us fans that want a world series champion but for them for growth and holy profit margins

Given that Dodger fans are basically guaranteed to show up at the stadium unless they literally boycott an owner that is trying to steal from them, if the new owners didn’t care about winning or found winning useless to their bottom line, why would they bother spending so much?

This makes literally no sense at all, and amazingly this is far from the first person to send me this “the owners/new front office are cheap” narrative. Bizarre.

I hadn’t done one of these mailbags in a while due to a surprising/unsurprising lack of volume recently. Could it possibly have to do with the Dodgers winning seven straight series at one point and basically ending the playoff race? Hm.

Seriously though, send in questions about why the Dodgers are doomed in the playoffs or whatever. We need a playoff mailbag. Makes life more interesting for everybody.