The Dodgers have won the NL West in 2016, which doesn’t sound all that remarkable for the team with the highest payroll in baseball, but taking into consideration where they were just two months ago, it’s absolutely ridiculous.

Me? I honestly never saw this coming, much less it coming this easily. Hell, I basically completely checked out in the middle of July.

Being free of any expectations for the rest of the season is rather nice, honestly.

These Dodgers rallied without Clayton Kershaw and are now as close to full strength as they’ve been all season and are uncoincidentally playing their best baseball of the season in September. After literally setting a record for putting the most players on the DL in a single season and seemingly aiming to be the baseball poster child for Murphy’s law, now people’s hopes are understandably riding high because it seems like there’s nothing this team can’t do.

Yasiel Puig even put the belt around Charlie Culberson.

Well deserved, but how improbable is that? Dude hadn’t hit a homer in the MLB since August 14, 2014. How do even explain that? I dunno, and I don’t care, because I’m going to enjoy it.

And the Dodgers started to enjoy it as well, because they soon started the celebration. And why not? After all they earned every bit of it. But even before they went nuts, they had to take care of the important stuff, mainly showing respect to Vin Scully. 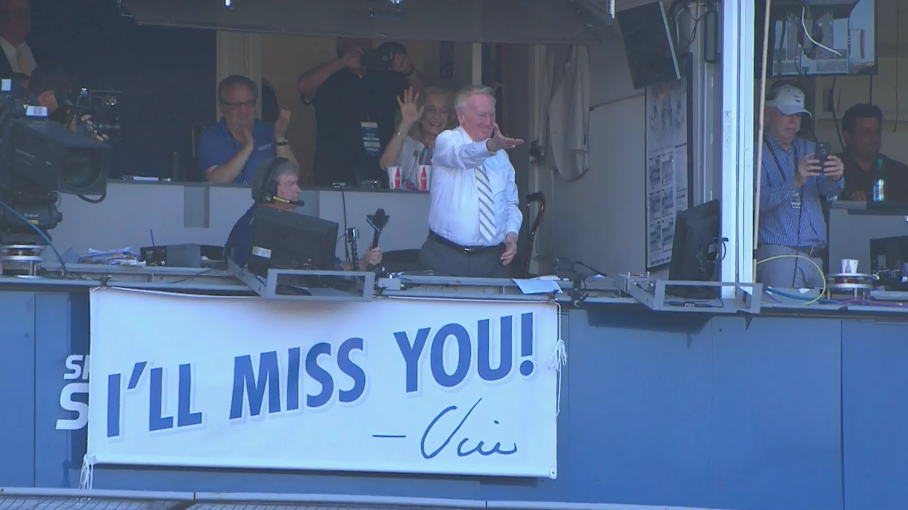 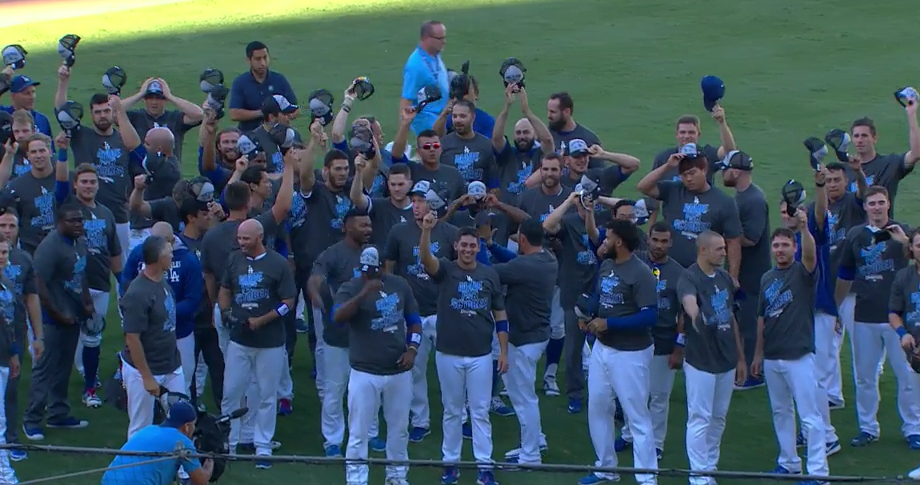 Vinny then went ahead and spoke to fans, but he capped off his career at Dodger Stadium by singing “Wind Beneath My Wings” to all of us.

And now the fun stuff, because hey, even Vinny is ready.

HOW ABOUT THEM DODGERS?!

Of all the people to just lose it in the clubhouse, you’d probably pick Clayton Kershaw as the last to do it, and yet.

Meanwhile, Dave Roberts and Jerry Hairston Jr. were getting owned during interviews.

Speaking of insane Adam Liberatore, here he is screaming at Yasiel Puig to get a party bus, which is followed by them screaming at each other.

Apparently this is how Yasiel Puig and Kenta Maeda communicate.

And while we’re on Kenta Maeda, here he is owning his translator, Will Ireton.

Kenta Maeda dumped his interpreter Will Ireton into a bucket of Budweiser in the Dodgers celebration. https://t.co/xLMuGhbBzo

One year ahead of you, A-Gon.

At least Seager made 21. Hopefully Urias is up next year and they celebrate so we can catch him underage drinking.

Andrew Friedman and Kenley Jansen hug, which I hope they’ll also be doing after signing a contract in the off-season.

I'm not sure Josh thought this all the way through. pic.twitter.com/NyYff8nJx6

"Let me ask you something, Jerry, do these kids realize what a mess they're making right now?!" Probably. pic.twitter.com/tEc4aqbyFk

To cap it off, there’s a bunch of stuff thanking the fans.

Dave Roberts has a message for the fans.

Dave Roberts' message to you pic.twitter.com/lAdCv7qIHM

Yasiel Puig has a message as well.

As does Corey Seager.

To the best fans! pic.twitter.com/ONQitjUPQF

Man, I really hope this is the team that wins it all. Not only because it’s Vin Scully’s last season, but because two months ago it was completely logical to laugh off even considering the suggestion, so it would be extremely baseball to have it happen this year of all years.