Corey Seager wins NL Rookie of the Year, surprising no one 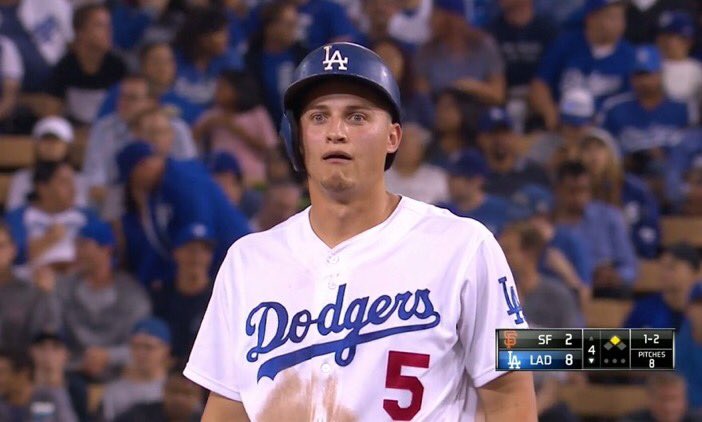 The Baseball Writers’ Association of America has unanimously voted Corey Seager the 2016 National League Rookie of the Year. With all due respect to Trea Turner and Kenta Maeda, this really shouldn’t come as much of a surprise to anyone. After all, Seager is a top-three finalist for National League MVP.

Seager is the first Dodgers shortstop to win Rookie of the Year, and the 17th Dodger overall (a Major League record, and it’s not especially close — second is a tie between the Athletics and the Yankees, with eight). However, Seager is the first Dodger to win the award in two decades. From 1992 through 1996, a Dodger rookie took home the prize every year (Eric Karros, Mike Piazza, Raul Mondesi, Hideo Nomo, and Todd Hollandsworth).

The 2016 season was a memorable one for the Dodgers, and Corey Seager stands out as one of the highlights. His first full season in the big leagues should make Dodger fans very excited for what’s to come.

The Dodgers have a couple more nominations before baseball’s awards season is over. Tomorrow is the announcement of Manager of the Year, for which Dave Roberts is nominated (and which he has a good shot of winning). Most Valuable Player will be announced on Thursday, although Seager will most likely lose that one to Kris Bryant. Both of those broadcasts begin at 3 PM Pacific time on MLB Network.

Sarah Wexler is a native Angeleno and longtime Dodger fan. She began blogging about baseball in 2012 on her Tumblr, New Grass On The Field, where she covered an array of topics but especially enjoyed exploring baseball history. She is now a reporter/producer for MLB.com. She earned her master's degree in Sports Management from Cal State Long Beach. She graduated from New York University in 2014 with a bachelor's in History and a minor in American Studies. She's an avid Springsteen fan, which is a big boost to her baseball writer cred.
@sarahwexler32
Previous J.D. Martinez, the perfect outfield fit for the Dodgers
Next Kenley Jansen, Justin Turner, Yasiel Puig (probably) do the obvious