The Muslim Ban and Sticking to Baseball 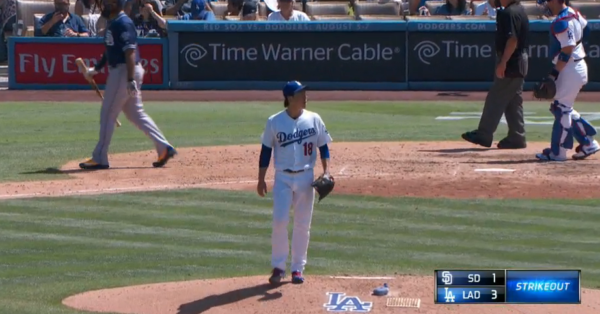 Baseball is an international game. This statement is fundamental to MLB’s growth in the US and abroad. In 2016, players from 22 countries and territories played in Major League Baseball. The Dodgers alone had players from the United States, Cuba, Mexico, Panama, Japan, South Korea, Taiwan, Curacao, the Dominican Republic, and Venezuela play for their major league team last year. This is why this site has featured reports on international play (not necessarily directly tied to the team) and will continue to do so.

The World Baseball Classic in particular is designed to celebrate the international nature of this sport. In a few weeks, players from all over the world will play in its final rounds. Including the preliminary matches held last year, 28 countries participated in the tournament. The final games will be hosted close to home, at Dodger Stadium in mid-March; these will be the second WBC finals hosted in Los Angeles. Countries which you wouldn’t expect, such as South Africa, Pakistan, Great Britain, Israel, and others all participated in the tournament.

The world is directly tied to baseball, and baseball is directly tied to the world. That’s why the Dodgers opened the season in Australia a few years ago, and why MLB has invested in the current incarnation of the Australian Baseball League (which is now in danger because MLB is threatening to withdraw their funding). This is also why MLB is spending big money in mainland China, and why the WBC (and Premier 12) exists to begin with.

The Dodgers are inseparably tethered to this worldwide history. On February 13, 1995, the Dodgers signed Hideo Nomo after he essentially released himself from his contract with the Kintetsu Buffaloes. Nomo was not the first Japanese-born player in MLB (this honor belongs to Masanori Murakami, who played for the Giants in 1964), but he paved the way for many others to come. Nomo’s success with the Dodgers, including his Rookie of the Year award and his improbable no-hitter at Coors Field, opened the door. New contract rules put into place after his departure from Japan led to the MLB careers of Ichiro Suzuki, Hideki Matsui, Masahiro Tanaka, and even Kenta Maeda over 20 years later.

One year prior to Nomo’s signing, Chan Ho Park debuted with the Dodgers. Park also created international history as the first Korean-born player to play in MLB. Park’s 17-year MLB career started with eight seasons with the Dodgers, and has paved the way for 21 other South Koreans to play in MLB since his arrival, including current Dodger Hyun-Jin Ryu.

MLB and the Dodgers’ ties to the international world make this week’s news more relevant. On Friday, President Donald Trump issued an executive order, effectively banning immigration from Syria, Iraq, Iran, Libya, Somalia, Sudan, and Yemen. This ban also extends to US Green Card holders and others who have already lived in this country for a long time. These bans are reportedly aimed to reduce Islamic terrorism, but in reality they are xenophobic bans targeted at Muslims. They will not make the US safer, and are the antithesis to the values that this country has worked so hard to create.

The ties to the baseball world are tenuous at first. There have been no MLB players in the post-integration era who have hailed from the banned countries. It is certainly true that baseball is not as well-known in that part of the world. The player most-impacted by this ban is likely Yu Darvish. Darvish is Japanese-born, but his father was born in Iran. Darvish was well-known for skirting traditional Japanese baseball practices while he was a young player, partially owing to his unique lineage. Some of this historical background is profiled in Jeff Passan’s book The Arm. Darvish’s father is currently barred from entering the US to watch his son play baseball:

According to State Dept. statement obtained by WSJ, appears Yu Darvish‘s father could not enter US to see him pitch: https://t.co/QIUsIkdcuT

There are other indirect links too, especially at the heart of the message of these bans. Going back to the World Baseball Classic, one of the best stories from last year’s preliminary rounds was Team Pakistan, which competed in New York in September. Pakistan trained on fields located at the United States embassy in their home country, and hosted a (failed) Kickstarter campaign to promote their involvement in the tournament. Text from the campaign details their efforts to grow the game:

Pakistan did not score a run in their two WBC qualifier games against Brazil and Great Britain, but they hope to compete when baseball returns to the Olympics in 2020. Luckily for them, these games will be hosted in Japan, which does not hold such deeply Islamophobic policies.

Pakistan’s baseball influences stretch all the way to the Dodgers. GM Farhan Zaidi is from Canada but is of Pakistani descent and is Muslim. He is one of the few Muslim executives in Major League Baseball. However, he represents a sport that desires and needs to grow further afield of its roots, and his country of descent is one of the best examples of what baseball can offer. Pakistan is not directly targeted by the new Muslim ban, but the ideals behind that ban reach Pakistan and beyond.

Even though this does not directly impact Major League Baseball and it does not directly reach the Dodgers, it is important that this Muslim Ban is reported upon for what it is. It is my hope that showing the ban through a baseball lens will make it relate-able for more people, and that it will inspire these people to fight against it. The banning of Darvish’s father represents how MLB is tangled with politics, and how “stick to sports” or “stick to baseball” is impossible. Baseball is politics.

Meanwhile, it is also my hope that the Dodgers and Major League Baseball will not stand for this. This ban is directly opposed to the Dodgers’ international roots, as well of those of the sport as a whole. As a large, international organization, they have the ability to make a difference. Hopefully they step up to the plate.