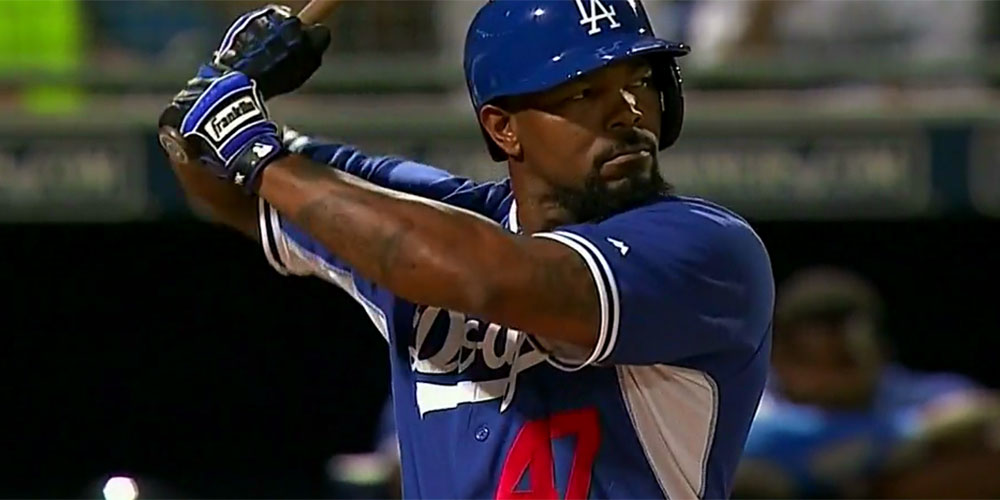 What happened in 2016: After being sidelined in Spring Training with a calf injury, Howie Kendrick‘s slow start to the season along with Chase Utley‘s occupation at second base, prompted a move to left field for the veteran. An overall down year offensively was bookended by poor production in April and September/October.

The 11-year veteran began the season on the disabled list after missing most of Spring Training. The injury to his left calf was supposedly minor, but he wasn’t able to bounce back quickly. Kendrick had a very sluggish start to the season, only hitting .151/.182/.151/.333 with just eight hits (no extra-base hits) through the end of April in 53 at-bats. His best month came in July when he hit .344/.425/.538/.962 with three home runs, nine doubles and 11 RBIs in 24 games (93 at-bats). Unfortunately, things tailed off again for Kendrick, and his September and October were offensively meager when he posted a slash line of .190/.277/.226/.503.

Overall, his offensive performance produced some of his worst career results in many categories including batting average (.255), slugging percentage (.366) and OPS (.691). He put up a 91 wRC+, 0.5 fWAR, and 0.9 bWAR, the lowest of his career since his rookie season with the Angels in 2006.

On the positive side, Kendrick did draw the most walks of his career (50) and led the team in stolen bases (10). Then again, the Dodgers were 13th in the NL in stolen bases with just 45 bags swiped in 2016.

One of Kendrick’s best games of the year came on May 22 in the 17-inning San Diego marathon. He went 4-for-8 with two doubles, a go-ahead home run in the eighth inning, an RBI and a run scored in the Dodgers’ 9-5 win over the Padres.

Defensively, Kendrick was relegated to more time in left field (94 games) than second base (32) after it was apparent he wasn’t as capable at second as he once had been. Howie was surprisingly versatile defensively, and he also played 17 games at third base and 11 games at first base as well.

In the postseason, Kendrick was used mostly as a platoon player, and he had five hits between the NLDS and NLCS, including two doubles.

2017 status: After Kendrick expressed his desire for more playing time, the Dodgers traded him to the Phillies this off-season in exchange for Darin Ruf and 2012 Dodgers draft pick Darnell Sweeney. He is slated to be Philly’s opening day left fielder.

Stacie Wheeler, born and raised in So Cal, has been writing about the Dodgers since 2010. She wrote daily as the co-editor of Lasorda's Lair for five long years, and she has also written for Dodgers Nation, Dodger Blue 1958 and The Hardball Times. She currently contributes to True Blue LA. Stacie graduated from the University Of Southern California with a bachelor's degree in Cinema-Television. You can also watch her videos on her YouTube channel, DishingUpTheDodgers.
@StacieMWheeler
Previous 2016 Dodgers in Review: LHP Brett Anderson
Next An early look at the Dodgers’ possible opening day bullpen