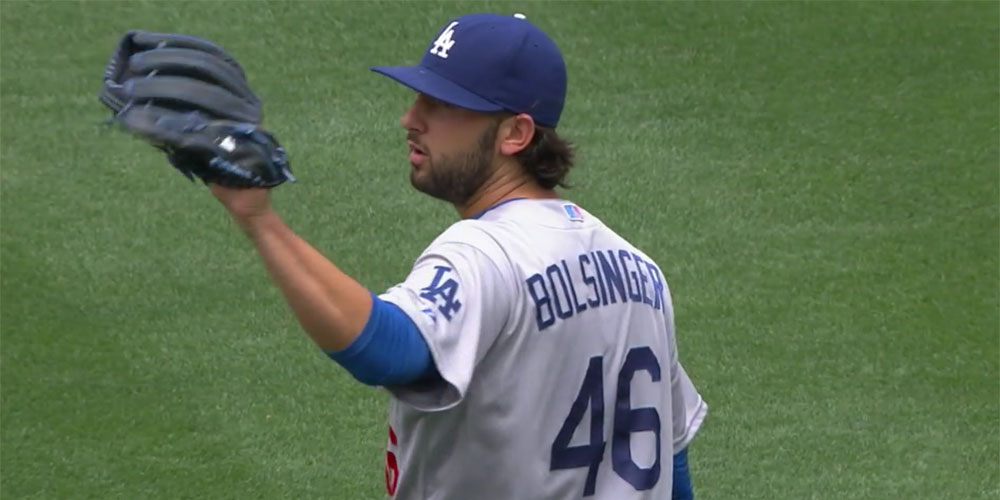 What happened in 2016: Made six starts for the Dodgers before being traded to the Blue Jays at the deadline.

The 2016 season started off on a bad note for Mike Bolsinger, as he began the year on the disabled list with a left oblique strain that kept him sidelined for just over a month.

After a couple of rehab starts, Bolsinger made his first big league appearance of the season on May 18 against the Angels. He pitched four and a third innings, getting tagged for three runs on seven hits (one home run) and two walks while striking out two. Six days later, he delivered five and two-thirds innings against Cincinnati, allowing two runs on three hits (one home run) and a walk while striking out six. Bolsinger’s June was rather unremarkable. He made four starts and allowed a total of 16 runs across 17 2/3 innings pitched. He was then optioned to Triple-A Oklahoma City, where he remained for the next month and a half.

Bolsinger finished the year with the Blue Jays’ Triple-A affiliate, where he made six starts and allowed 19 runs (17 earned) across 25.1 innings pitched.

2017 status: Should Bolsinger see Major League action with the Blue Jays, it will likely be as a reliever.

Sarah Wexler is a native Angeleno and longtime Dodger fan. She began blogging about baseball in 2012 on her Tumblr, New Grass On The Field, where she covered an array of topics but especially enjoyed exploring baseball history. She is now a reporter/producer for MLB.com. She earned her master's degree in Sports Management from Cal State Long Beach. She graduated from New York University in 2014 with a bachelor's in History and a minor in American Studies. She's an avid Springsteen fan, which is a big boost to her baseball writer cred.
@sarahwexler32
Previous 2016 Dodgers in Review: RP Luis Avilan
Next 2016 Dodgers in Review: LHP Scott Kazmir