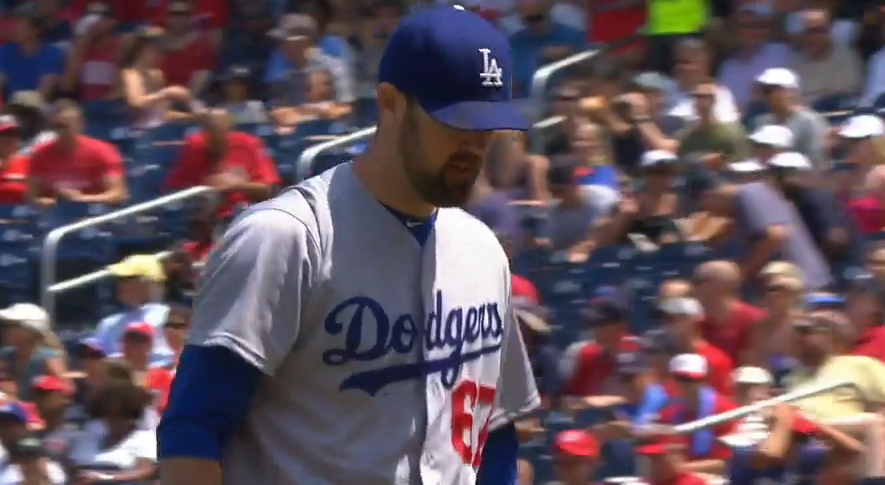 What happened in 2016: Louis Coleman was an important part of the Dodgers’ bullpen through the first two months of the season. His effectiveness diminished as the season went on, partly due to shoulder fatigue that led to a month-long disabled list stint.

Coleman fell out of favor with the Royals and was released in February 2016 after Kansas City acquired Ryan Madson. After he left the only organization he had ever played for, Coleman voiced his feelings about leaving the Royals with Bill Plunkett of the OC Register at Spring Training last year.

With renewed determination to make an impact with the Dodgers, Coleman performed well in Spring Training, earning him a spot in the bullpen when camp broke.

Coleman pitched well over the first two months of the season and struck out 22 batters in 21 1/3 innings in 24 relief appearances. His effectiveness and control began to wane in June. He allowed 15 walks, 34 hits and 18 runs over his final 26 2/3 innings during the regular season. During that span, right shoulder fatigue forced him to the disabled list for a month in August.

Coleman did not make the Dodgers’ postseason roster for the NLDS nor the NLCS.

2017 status: The Dodgers non-tendered Coleman on December 2, 2016, making him a free agent. He was subsequently signed to a minor-league deal with the Cincinnati Reds, where he will compete for a spot in their bullpen this spring.

Stacie Wheeler, born and raised in So Cal, has been writing about the Dodgers since 2010. She wrote daily as the co-editor of Lasorda's Lair for five long years, and she has also written for Dodgers Nation, Dodger Blue 1958 and The Hardball Times. She currently contributes to True Blue LA. Stacie graduated from the University Of Southern California with a bachelor's degree in Cinema-Television. You can also watch her videos on her YouTube channel, DishingUpTheDodgers.
@StacieMWheeler
Previous 2016 Dodgers in Review: 3B Justin Turner
Next Dodgers’ outfield situation a little clearer, but still murky