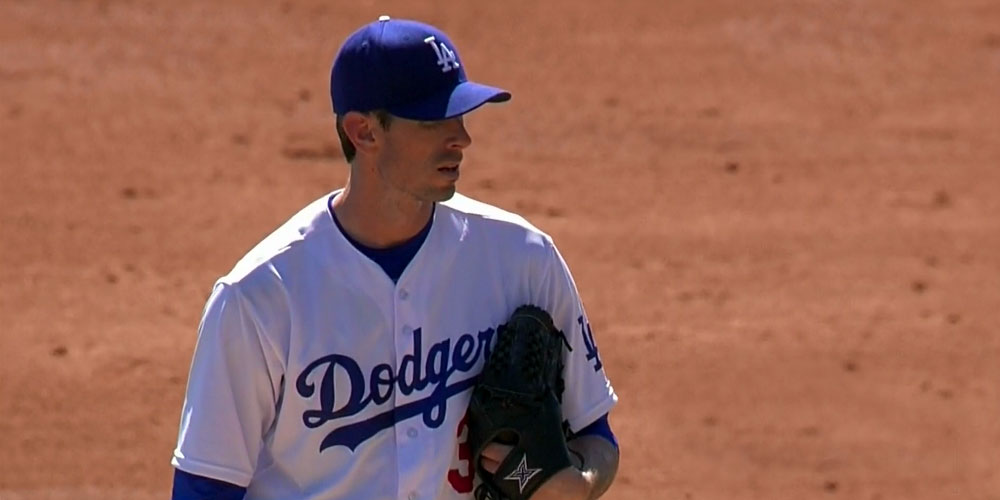 Brandon McCarthy had been looking great in his return from Tommy John surgery before a bout with the yips hit, but he thinks that part of his career is over with.

“I think most of it was mechanical,” McCarthy said. “Usually, if you get the shanks in golf, something has gone wrong physically in your swing, and you lose your mental feel for what you are trying to do. It becomes sort of a self-fulfilling thing. I think that was really the extent of it.”

He also talked about not worrying about justifying his contract, and that he wasn’t trying to do right because of money but for personal pride, which is definitely the ideal mindset at least.

Honestly, it’s hard to get a feeling for where he would fit in the rotation or how unless injuries occur or the Dodgers have the nuts to drop Scott Kazmir.

In other comeback news, Hyun-Jin Ryu‘s adductor muscle issue in his left thigh started the “here we go again” groans, but it does actually seem like a minor issue and he’ll be back on schedule soon enough.

Ryu threw a full 35-pitch session and afterward said he felt no discomfort from the leg, or the surgically repaired shoulder and elbow that limited him to one start in the past two years. “It went well; I feel better,” said Ryu. “I didn’t feel anything in the adductor or any of the previous injuries. As far as I’m concerned, I’m ready to move on.” Ryu said he didn’t have pain, “just felt a little uncomfortable” in the wake of a Monday bullpen session.

Seems obvious at this point he’ll start the season on the DL, but things appear much more optimistic than they did before. We’ll see if he can get the velocity up to the high-80s at least, which I think is the minimum he’ll have to get to in order to be effective.

Trayce Thompson, who I was convinced wouldn’t be ready or was still having problems, said he’s 100% good to go.

“I’ve been medically cleared,” Thompson said. “I have no issues, been running around. I even run from the field to the cage, just because I feel good. I wasn’t able to run for five or six months, and I don’t ever want to stop now, and I definitely won’t take it for granted again.”

I know he has options, but if he really is healthy then he’s definitely one of the five best outfielders on the team.

There are many doubters of Willie Calhoun‘s ability to play second base, including yours truly, but to his credit that’s not stopping him from trying to prove people wrong.

“He’s working so hard off the field. Every day off the field it’s extra ground balls and all the conditioning stuff and weights. He’s here early,” manager Dave Roberts said on Tuesday. “For me, to extend his day doesn’t make a lot of sense. He’ll get in games soon.”

Speaking of prospects, Imani Abdullah is also hard at work and is apparently still growing along with putting on weight.

“When I came in, I was probably about 6-foot-3, around 200 (pounds),” said the slender Abdullah, who has added “a couple inches” in height and nearly 20 pounds. “I’ve kind of stopped growing this way (height) and now I’m getting thicker—a good kind of thick,” Abdullah said. “I might have another inch left. Maybe . . . My dad didn’t stop growing until his late 20s so I might have that in there. Genetics.”

Paired with the velocity upticks, this seems promising. Might be hard to settle on repeatable mechanics until he stops growing, but it isn’t necessarily a negative. Just means it might call for more patience.

Oh yeah, Yasiel Puig did this.