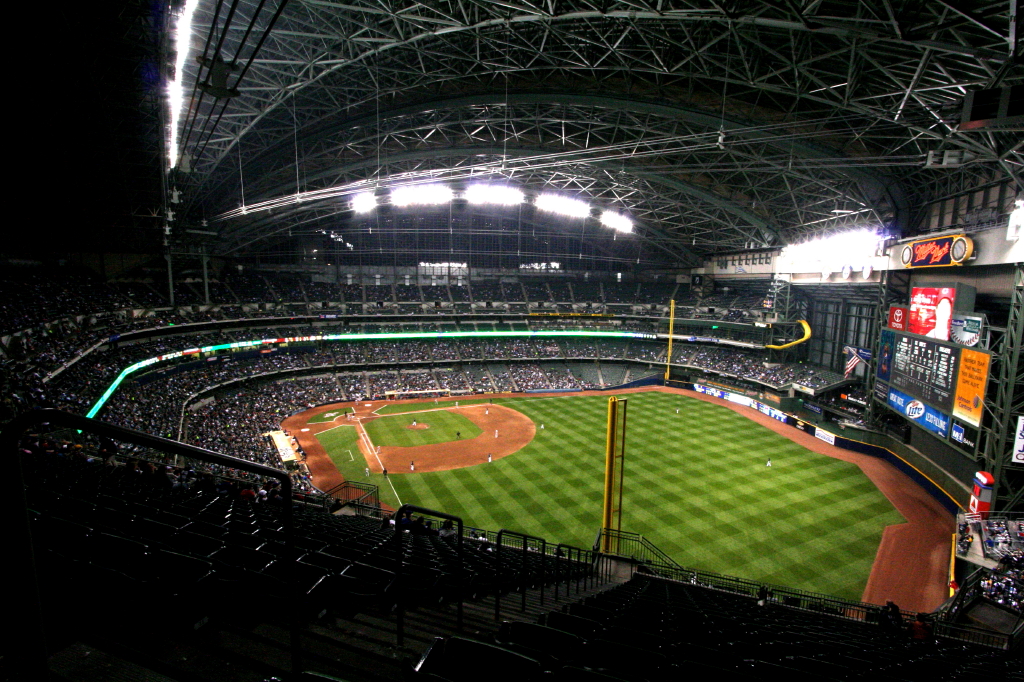 The Dodgers have played their last ten games, and last three series, against National League Central teams. Today, they make it eleven and four, as they face off against the division-leading Brewers.

Clayton Kershaw (2.37 ERA, 3.09 FIP, 0.947 WHIP) is coming off of his worst start of the season, in which he gave up four runs to the Cubs on 11 hits (three home runs) and two walks while striking out six. It was a truly bad start, and not just by Kershaw standards, although his teammates backed him up offensively and the Dodgers won. There’s no real reason to think it was anything besides a blip in what’s mostly been a very strong season, though, which we’ll see as Kershaw attempts to rebound from it against Milwaukee.

When Kershaw strikes out his fourth batter tonight — something that is overwhelmingly likely to happen — it will be his 2000th career K. As many have noted, he is on pace to be the third fastest to ever reach that milestone. He’d also be the youngest National League pitcher to hit that mark, which is especially remarkable considering that he missed two months last season.

Jimmy Nelson (3.83 ERA, 3.41 FIP, 1.349 WHIP) is making his eleventh start of the season for the Brewers. The 27-year-old right hander is having a decent season, posting above-average numbers in most of the important categories. Per Brooks Baseball, Nelson’s pitch mix includes a four-seam fastball that averages around 94 mph, which he pairs with a sinker. He also throws a curveball, a slider, and occasionally, a changeup. Nelson has not faced the Dodgers since July 10, 2015, when he started against them at Dodger Stadium. He went seven innings and allowed three runs in a game the Dodgers won, 3-2.

Today, the Dodgers are playing Brett Eibner in center field. It is his third start there this season, and his first since May 20.

A couple of Dodgers were recognize today for their very good months of May:

Alex Wood has been named the National League Pitcher of the Month! pic.twitter.com/DcpvgIoWKN

.@Cody_Bellinger is the National League Rookie of the Month! #LetsGoDodgers

Sarah Wexler is a native Angeleno and longtime Dodger fan. She began blogging about baseball in 2012 on her Tumblr, New Grass On The Field, where she covered an array of topics but especially enjoyed exploring baseball history. She is now a reporter/producer for MLB.com. She earned her master's degree in Sports Management from Cal State Long Beach. She graduated from New York University in 2014 with a bachelor's in History and a minor in American Studies. She's an avid Springsteen fan, which is a big boost to her baseball writer cred.
@sarahwexler32
Previous 2017 MLB Draft Profile: RHP Griffin Canning, UCLA
Next Dodgers 2, Brewers 1: Cody Bellinger makes everything better