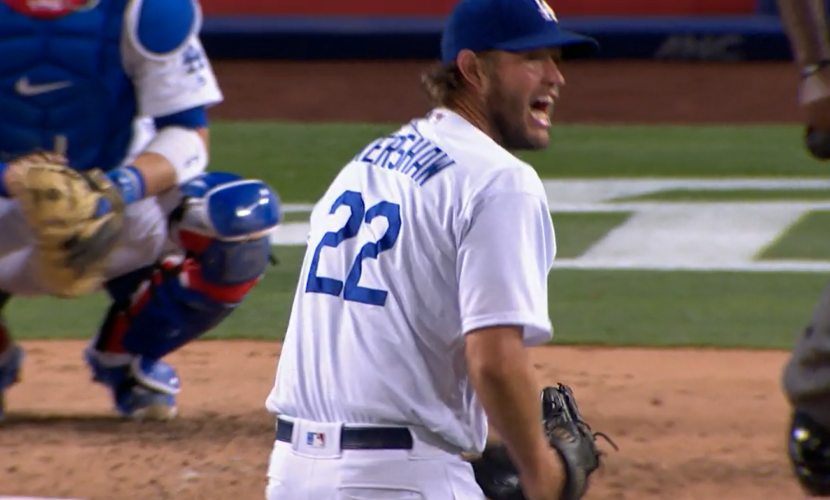 Clayton Kershaw is great. He’s grand. He’s the best. But this season has been sub-par — by his standards. It’s absurd one can write that Kershaw has been subpar with his 2.21 ERA, but he has been, and we’re all completely spoiled by his greatness.

Kershaw has a 3.01 FIP with one (abbreviated) start remaining. If he finishes the season with that mark, it’ll be the first time since 2010 his FIP will be higher than 3 and the first time in five years his FIP will be higher than 2! That’s not a typo. The last time his FIP was in the 3s, Kershaw was a fresh-faced 23-year-old in his second full season and crested the 200-inning plateau for the first time in his career. He was a 4.7-win player, which is exactly his FanGraphs WAR this season. His strikeout percentage is still better than 30 for a fourth consecutive season, but his walk rate has more than doubled … from 2.0 to 4.5! U bum.

But what has really bitten Kershaw this season is the home-run ball. Here are his HR/9 and HR/FB% numbers in his career.

Tell me again about how the ball isn’t juiced. Seriously, that’s a massive jump, and since FIP is dependent on home runs and FanGraphs WAR is FIP-based, it’s only natural to see his WAR as “low” as it is.

Here’s the pitch type breakdown of the 22 home runs Kershaw has allowed in 2017.

*Includes a pitch classified as a 2-seam fastball. 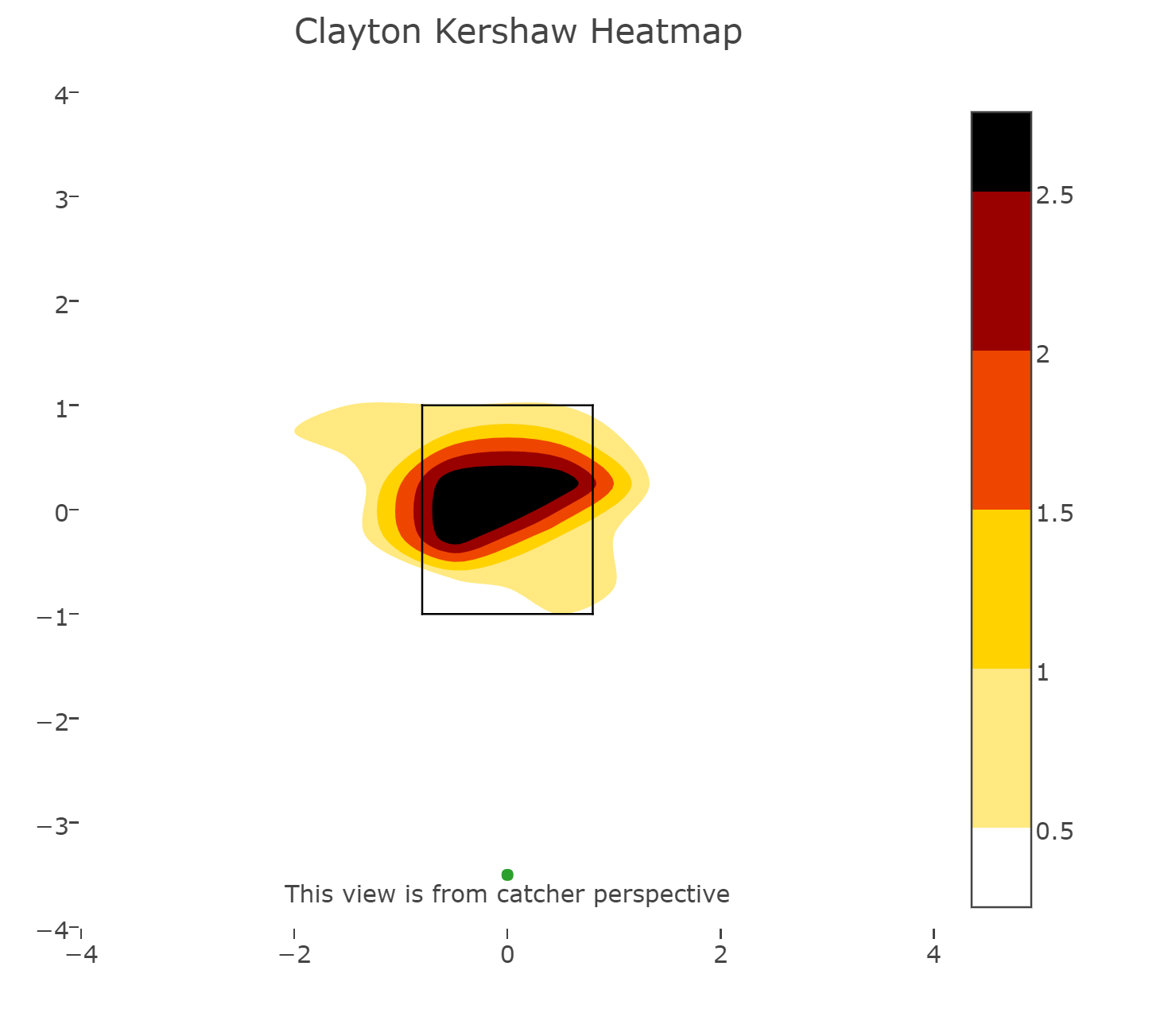 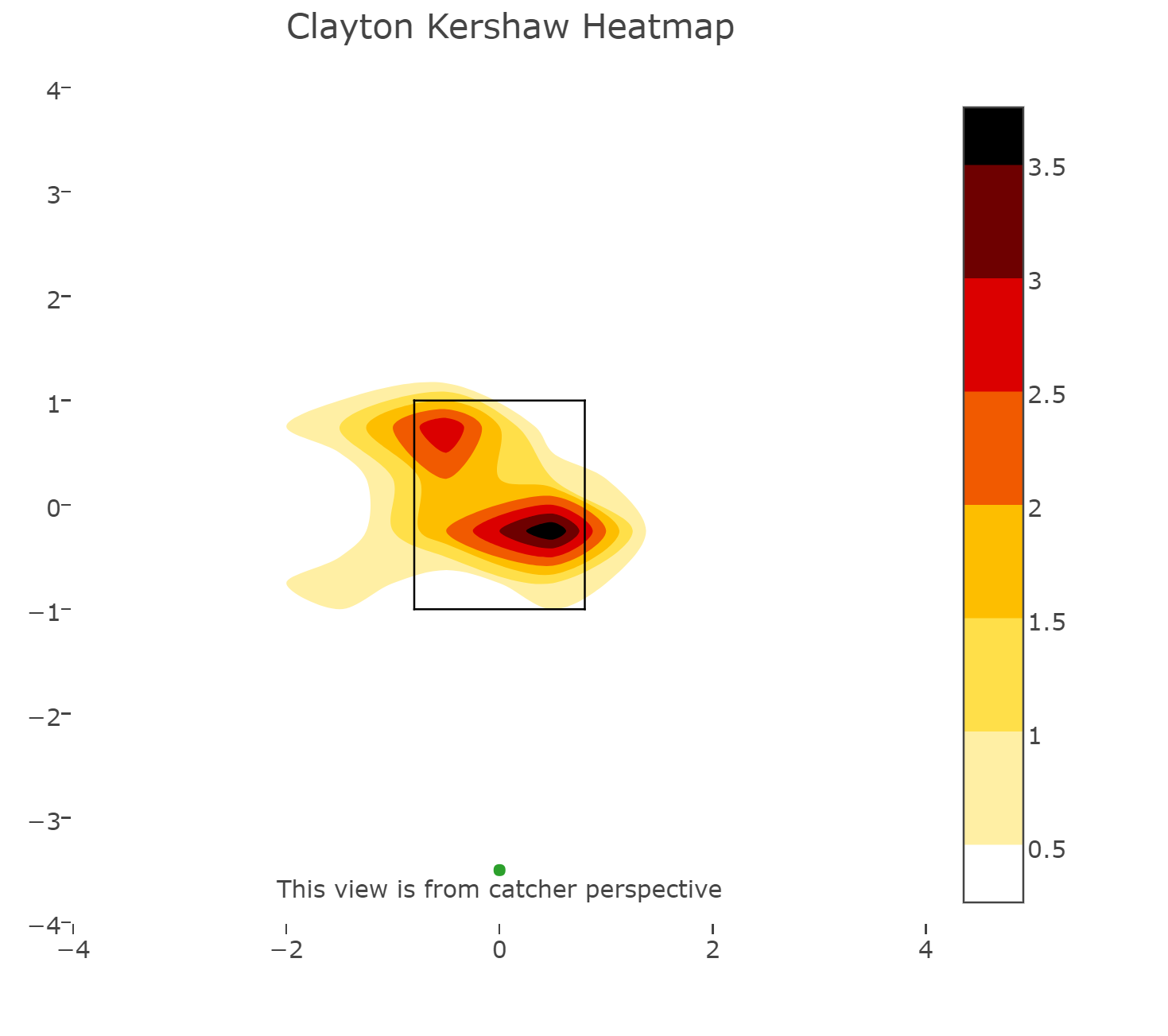 The 2015-16 heatmap makes sense, as fastballs in the middle of the strike zone without elite velocity tend to get hit hard. But this season’s heatmap is different, as there’s the middle-in to lefties and middle-away spot to righties that gets hit pretty hard. That also makes sense. What doesn’t make as much sense is the top-left quadrant being a bit of a hot zone (including a home run allowed to Kelby Tomlinson, which, wow) and the fact that some right-handed hitters are getting to Kershaw on the inside part of the plate.

To call Kershaw’s season “disappointing” isn’t as crazy as it sounds when it’s put into context, but that just shows how great he has been for almost a decade. Almost any pitcher would do unspeakable things to put up numbers over the course of a season that Kershaw has this season, and maybe he can “bounce back” next season and capture that elusive fourth Cy Young Award, but what he’s really chasing is that first ring. There’s no better time than now, Clayton.

Dustin Nosler began writing about the Dodgers in July 2009 at his blog, Feelin' Kinda Blue. He co-hosted a weekly podcast with Jared Massey called Dugout Blues. He was a contributor/editor at The Hardball Times and True Blue LA. He graduated from California State University, Sacramento, with his bachelor’s degree in journalism and a minor in digital media. While at CSUS, he worked for the student-run newspaper The State Hornet for three years, culminating with a 1-year term as editor-in-chief. He resides in Stockton, Calif.
@DustinNosler
Previous Dodgers 10, Padres 0: Hill dominates as bats explode again for wins in 6 of last 7
Next Dodgers did their annual rookie dress-up day, featuring Lt. Dangle, Pennywise, Slenderman