For the second offseason in a row, the Dodgers have launched a pop-up museum at Chavez Ravine. Like last year, this year’s version features an assortment of memorabilia and historical artifacts related to the team. While there’s some overlap in included pieces, there’s a lot that’s new, enough to justify another visit if you made it out last winter.

After having the chance to check out the museum this weekend, here were some observations about things I personally found interesting. 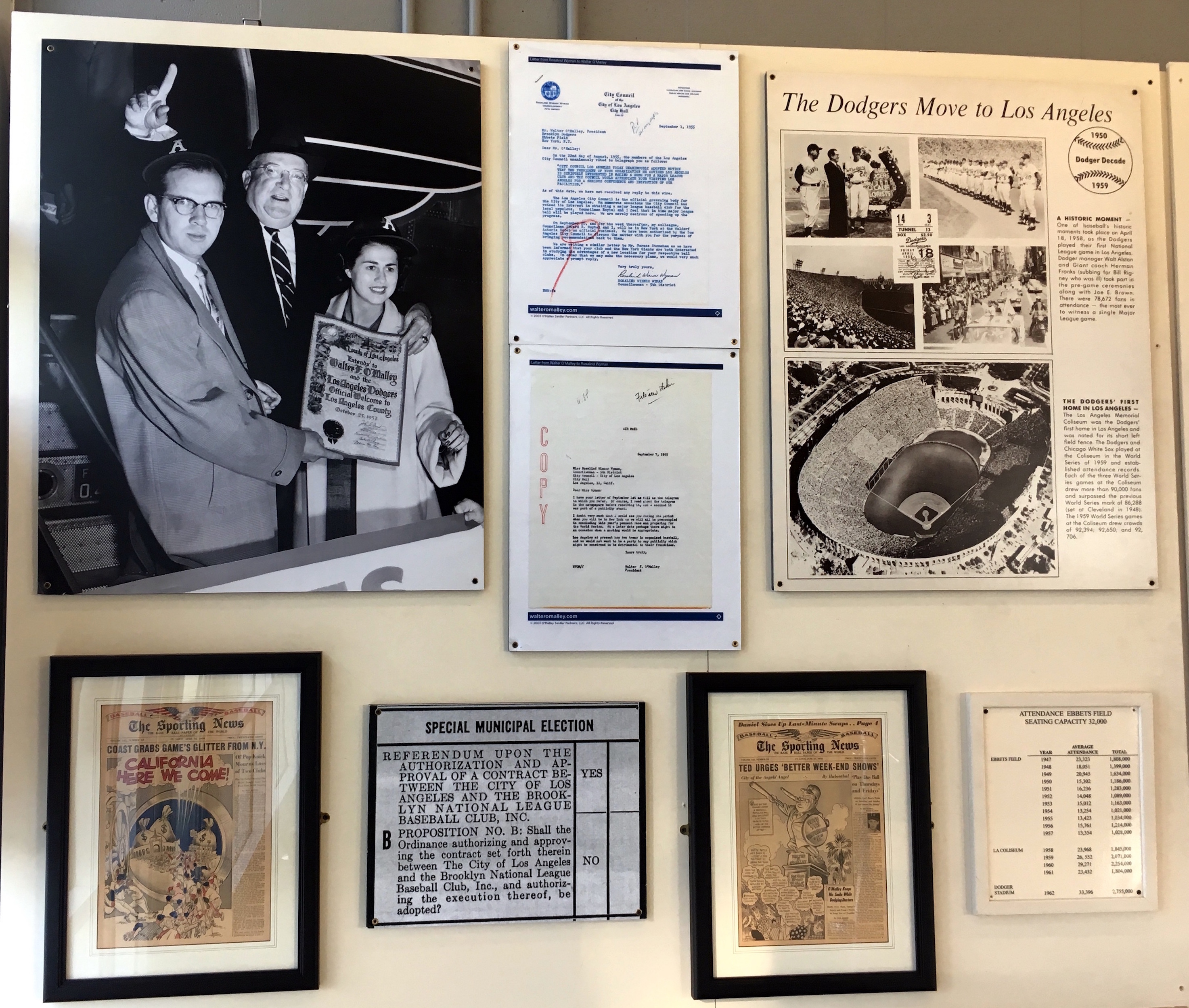 One of the key differences between last year’s and this year’s pop-up museums is that this year there’s a lot more material dedicated to the Dodgers’ move from Brooklyn to Los Angeles. This makes sense, as we’re coming up on a big anniversary. You can check out a lot of the documents that made the coastal switch possible, as well as articles about the move from the time.

Side note: in seven years, the Dodgers will have been in LA for as long as they were in Brooklyn (if you’re counting 1890 as the franchise’s first year, as the Dodgers do). That’s pretty cool.

We as fans really need to step our hat game up 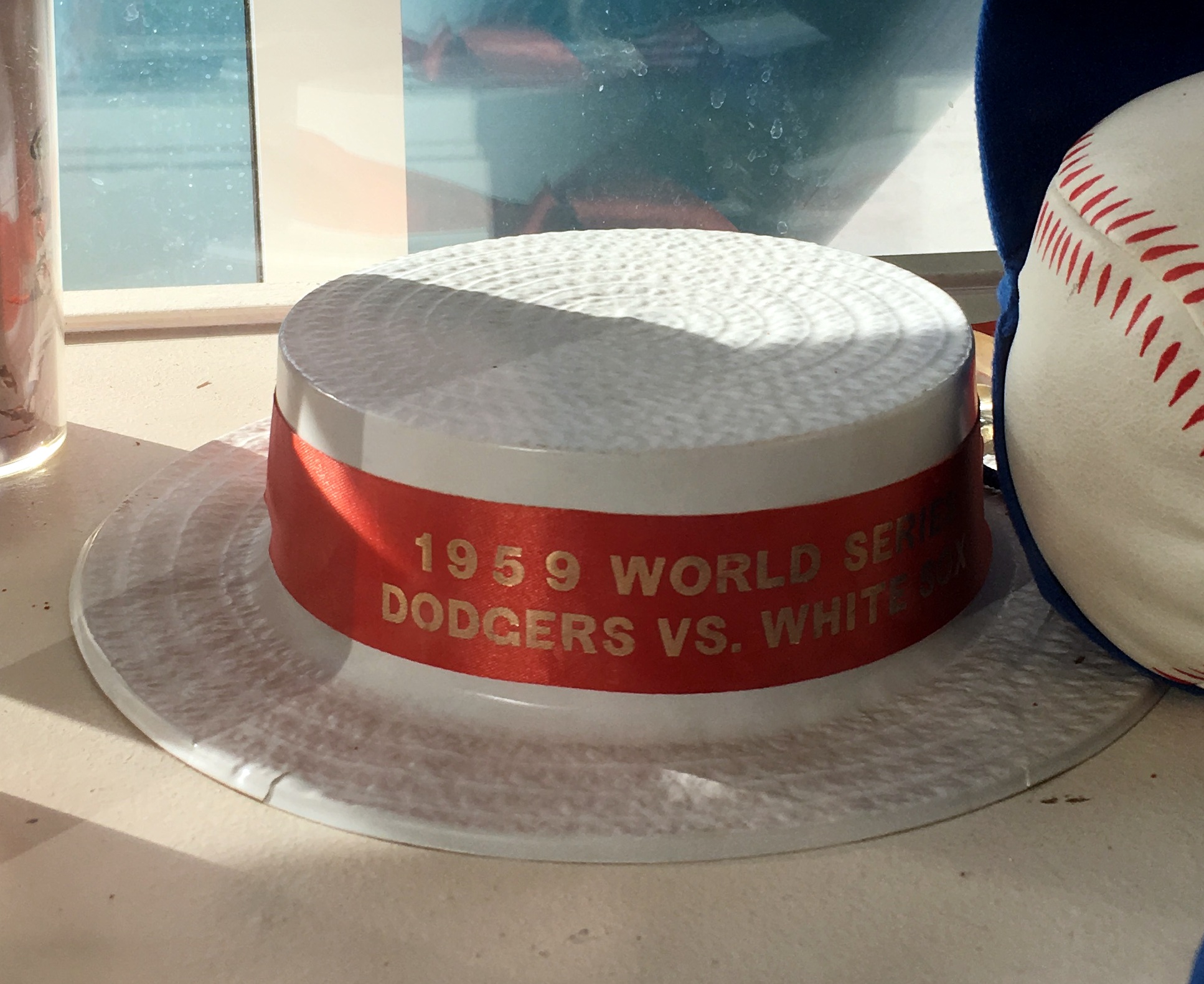 Baseball caps are all well and good, but look at what fans USED to wear. Boater hats! 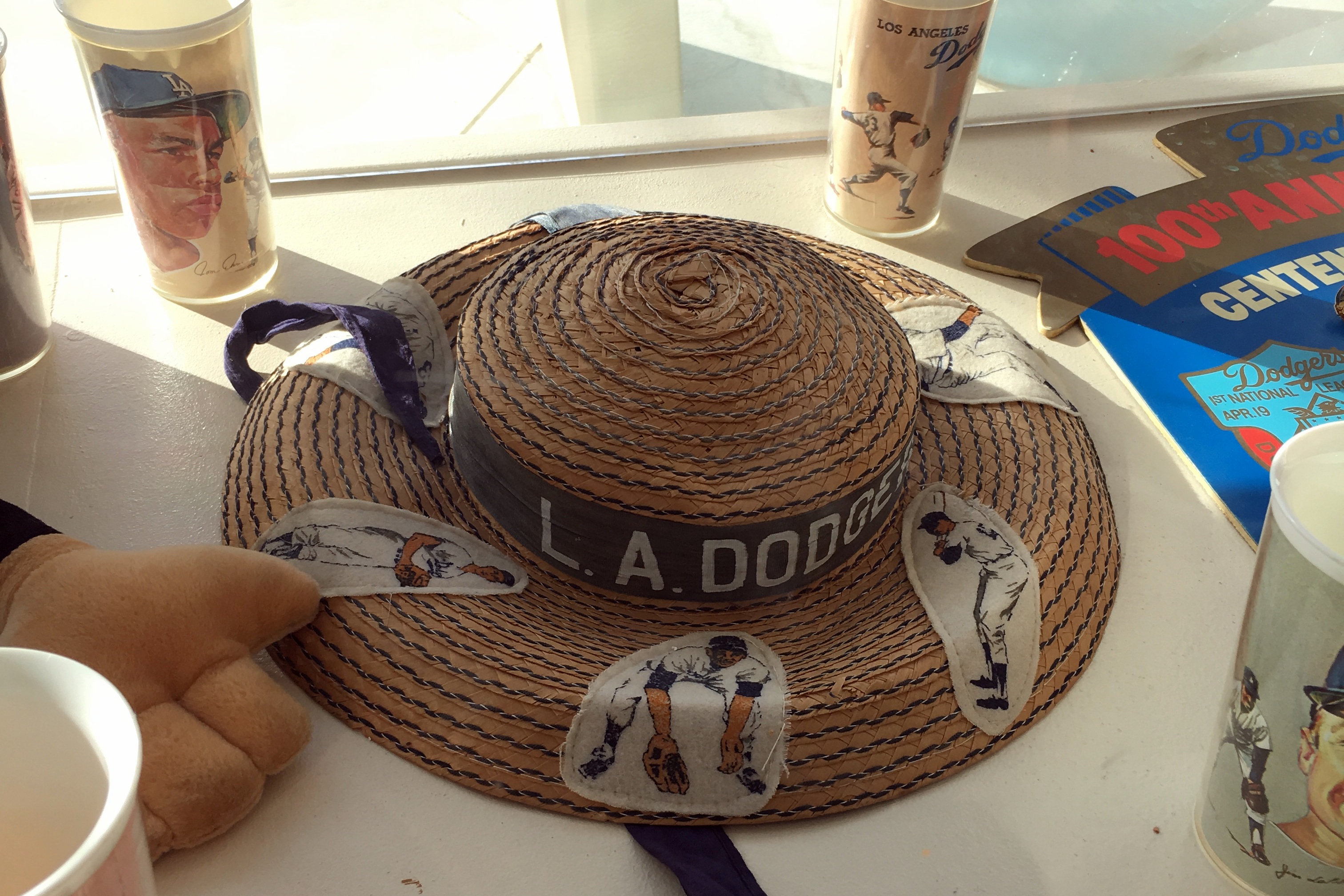 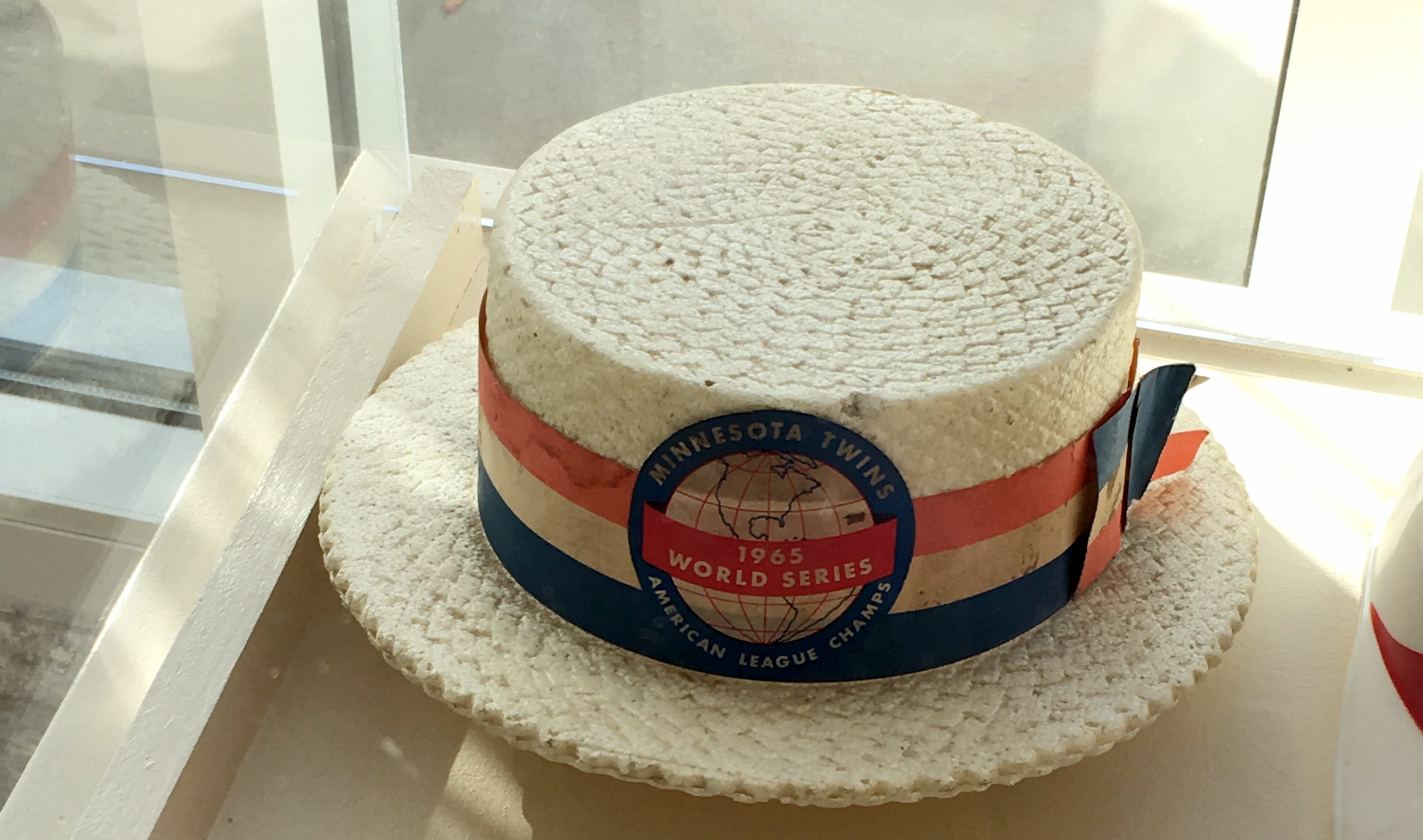 These are some GOOD HATS, folks. (Yeah, that’s a Twins hat, but it’s very stylish nonetheless.)

They have Dennis Eckersley’s jersey from the 1988 World Series 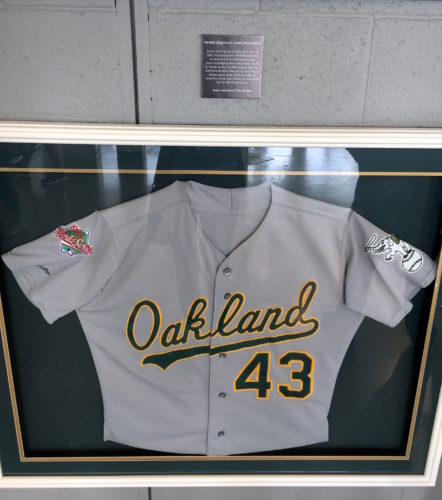 I thought this is kind of hilarious. With a few exceptions, the majority of the memorabilia featured in the pop-up museum is stuff from people who actually played or worked for the Dodgers. But Eckersley has become almost as big a part of Dodger lore as the guy who actually hit the home run. 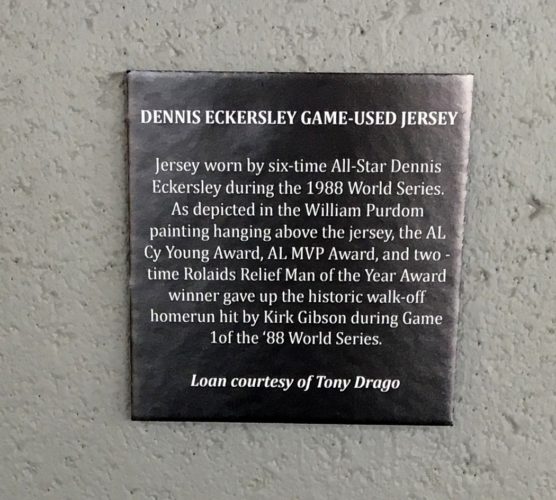 The game during which Eck wore this jersey isn’t specified, which leads me to believe it may not be the one he was wearing when he gave up that Kirk Gibson walk off. Either way, though, it’s relevant in the section of the museum dedicated to that series.

(As an aside, I’m not sure whether that’s this Tony Drago, who’s a professional pool player from Malta — but then again, how many Tony Dragos are there in the world?) 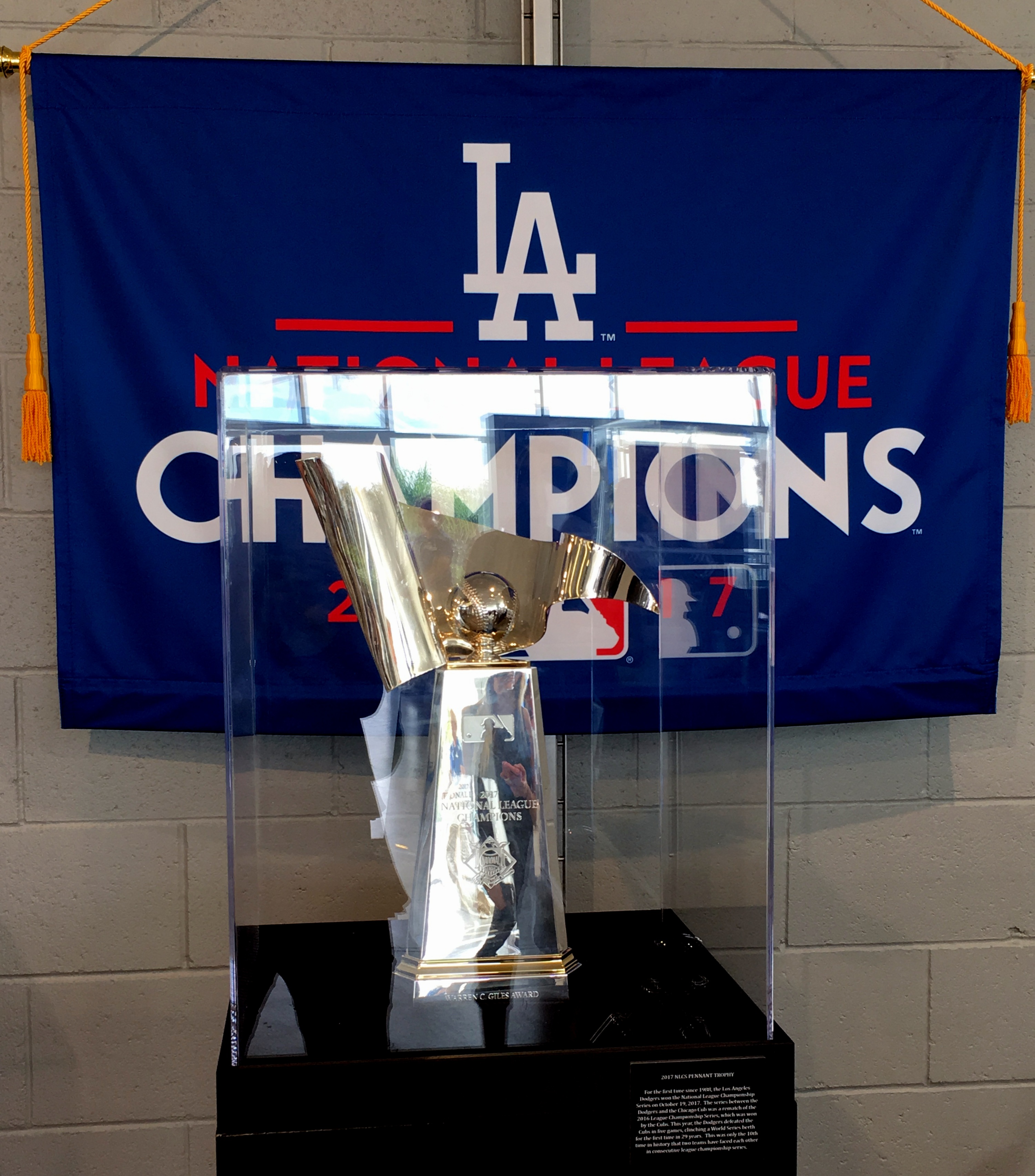 When your team doesn’t make the World Series for 28 years, just making an appearance is worth celebrating. However, it’s bittersweet. Now that the team’s been there, we know that merely making it isn’t enough. We want to be able to come to the stadium to see a World Series trophy, not just a National League pennant trophy. Hopefully that day will come sooner rather than later. 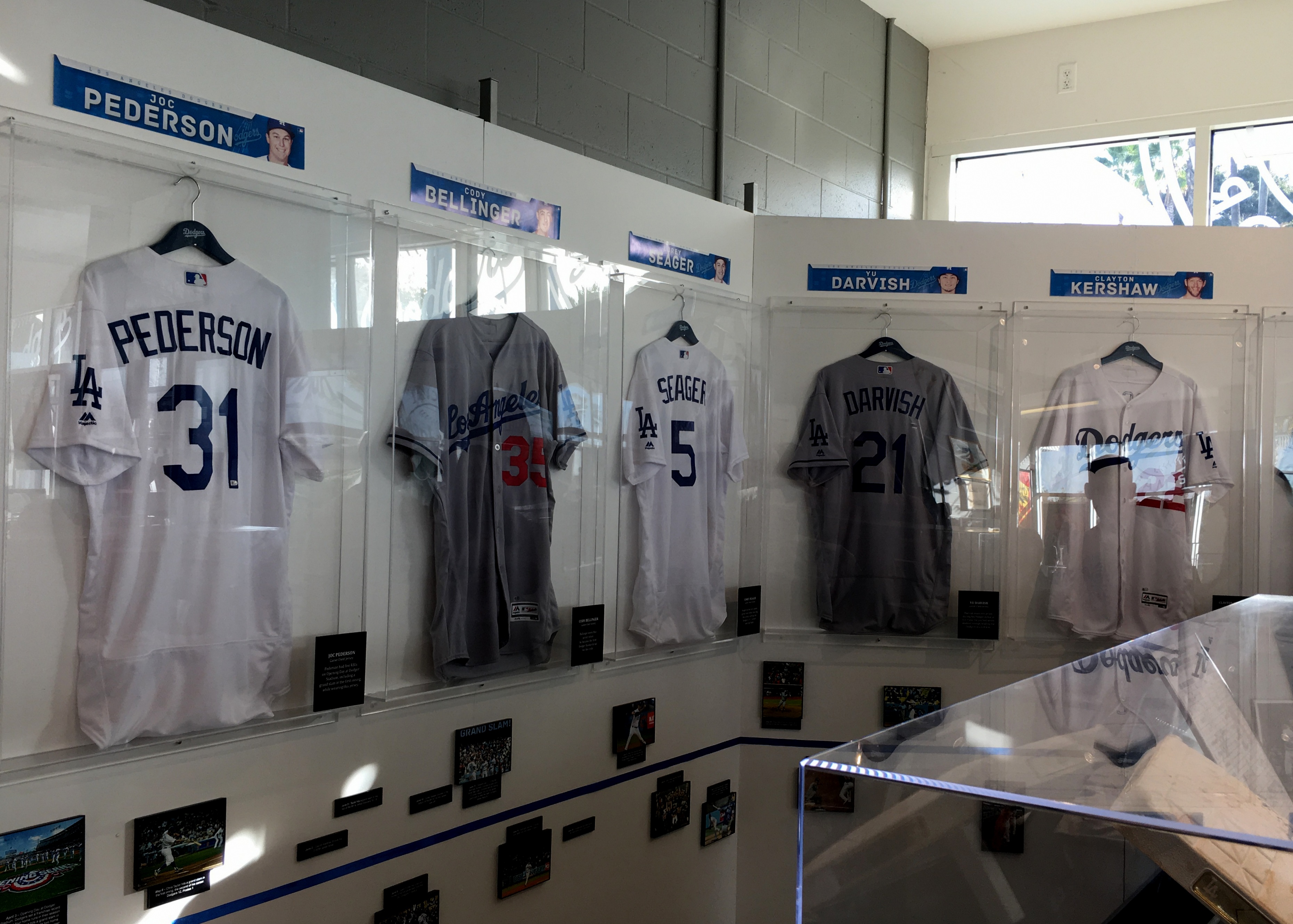 I’ve been an advocate of the Dodgers creating a permanent museum for a while now. It was the subject of my capstone to earn my Master’s degree. From the survey portion of that project (that some of you participated in), I confirmed that it’s something other fans have substantial interest in as well.

These pop-up museums are definitely a good first step. They help the team gauge public interest in an on-grounds museum and give the organization the chance to start figuring out the logistics of what they can include in a full-time installation. A permanent Dodger museum would ideally not be as nebulous in layout as the pop-up museums have been, however. They would also probably require the creation of a new building on the stadium grounds — the pop-up museums are housed in one of the team stores, which they obviously need to sell stuff during the season. It’d be a big project, no doubt, but done well it would really enhance the stadium-going experience for fans.

In the meantime, though, this pop-up museum is certainly worth a visit. You can find details about pricing and hours of operation here.

Sarah Wexler is a native Angeleno and longtime Dodger fan. She began blogging about baseball in 2012 on her Tumblr, New Grass On The Field, where she covered an array of topics but especially enjoyed exploring baseball history. She is now a reporter/producer for MLB.com. She earned her master's degree in Sports Management from Cal State Long Beach. She graduated from New York University in 2014 with a bachelor's in History and a minor in American Studies. She's an avid Springsteen fan, which is a big boost to her baseball writer cred.
@sarahwexler32
Previous Dodgers have interest in Marcell Ozuna after missing out on Giancarlo Stanton
Next Podcast: ‘Dugout Blues’ episode 220 – Ohtani & Stanton, Ozuna, Tamin