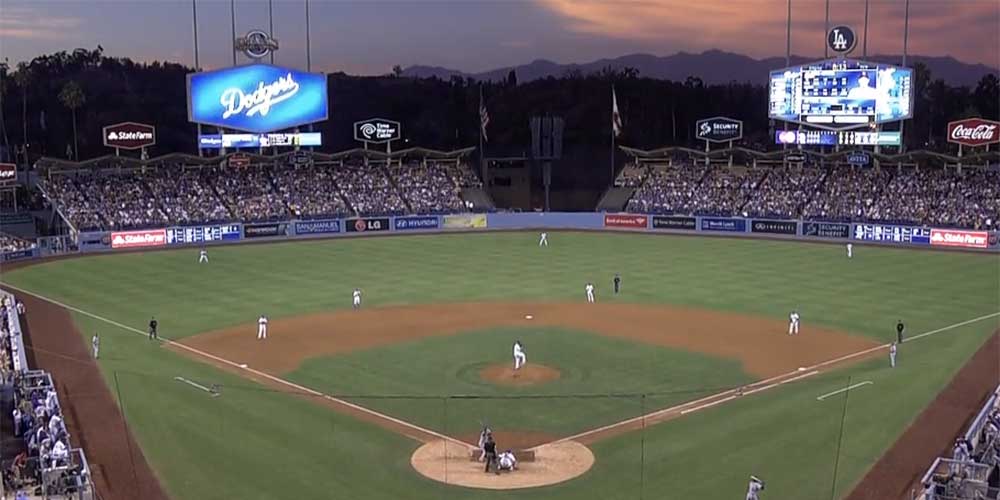 A 4:35 PT start time will conclude this three-game series with the Miami Marlins (6-17) and the Dodgers (11-11). The first two games have been just absolutely packed full of action as the Dodgers and Marlins have split a pair of games totaling four runs each. With a win tonight, the Dodgers will have won their third series in a row, will be above .500 again, and 8-2 in their last 10. Kenley Jansen is definitely available to pitch tonight, as last night Dave Roberts opted for Pedro Baez in the ninth inning, who promptly allowed the go-ahead run to score. The team is off tomorrow, but will travel to San Francisco which starts an 11 games in 10 days road trip featuring a doubleheader on Saturday.

Dave Roberts on Joc Pederson: "I'm going to make more of an effort to get him more starts."

For Miami, Trevor Richards is making his fifth career start. On April 14, Richards tossed a seven-inning shutout against the Pirates during which he only allowed three baserunners. In his other three starts, Richards has allowed 13 runs in 12 innings. He’s coming off the shortest start of his career in Milwaukee, as he was pulled with two outs in the fourth inning after surrendering two walks, two home runs and a triple. Richards mostly relies on his fastball, but also throws a curve and a change-up. There isn’t a ton that separates him from yesterday’s starter Dillon Peters besides the hand they prefer to use when professionally throwing baseballs. Neither has overpowering stuff, or crazy outlier peripherals. They walk a high percentage of the batters they face and they don’t strike out a ton of hitters. Both starters would be behind Brock Stewart in the rotation if he were a Marlin. However, we all know that the Dodgers offense likes to disappear sometimes against guys like Peters and Richards — hopefully that’s not the case tonight. They managed a meager four hits and one run off Peters yesterday in five innings.

Clayton Kershaw takes the mound for the Dodgers in his sixth start of the year. Kershaw is 1-3 on the year, but that’s because the Dodgers offense has averaged just 2.6 runs of support in his starts. Spectacular. In his career, Kershaw is 5-4 with a 2.57 ERA in his 10 starts against the Marlins, but last faced them in the 2016 season, when he lost both starts. However, those stats mean pretty much nothing as Miguel Rojas, Derek Dietrich, J.T. Realmuto and Justin Bour are the only position players remaining on the roster from those 2016 games.

This is how the two pitchers stack up against each other, and the disparity is incredible. These stats are out of all 144 starters who have thrown at least 10 innings. 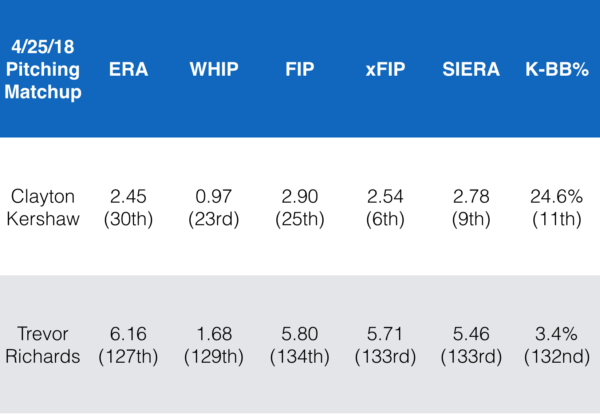 All stats have Kershaw as a top-25 starter this year as expected, but predictive stats like xFIP and SIERA think he’s been closer to a top-10 pitcher. He’ll have a chance to prove his dominance against a putrid Miami offense. 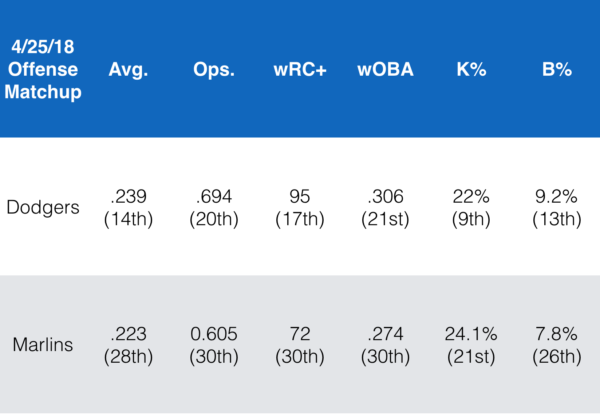 The Dodgers offense as a whole was performing poorly to start the season, but has definitely been stronger as of late. Since April 6, the offense has slashed .256/.336/.421 for a .331 wOBA and a 112 wRC+, which both rank seventh in baseball. The Marlins likely have the worst offense in baseball, and Kershaw is the best pitcher in the league. This matchup is about as lopsided as they come in baseball, which means a Dodgers loss is incoming.

Wilmer Font ended up being traded for the Oakland A’s 2017 6th round pick, Logan Salow. Salow wasn’t notably ranked on any prospect lists I could find, but the left-handed reliever has averaged 11.2 K/9 with a 1.11 WHIP since being drafted. He was assigned to the Low-A Great Lakes Loons. This seems like a fair deal for both sides, as the Dodgers get a young reliever who could be a strong lefty in the pen if everything breaks right, and Font gets a new home with a fresh start.

Meanwhile, it appears that both Tom Koehler and Logan Forsythe will start their respective throwing programs on Friday, which is good news. Until then, Daniel Hudson is the stand-in Koehler. Both are 31-year-old former starters that have turned reliever, and both are 6’3 (the same height as Brandon Morrow). If you squint hard enough, the Dodgers technically have two Morrow’s now, while the Cubs only have one.

Both Logan Forsythe and Tom Koehler are scheduled to begin throwing at Camelback Ranch on Friday. Forsythe is not a pitcher, so he should be back sooner, but he’ll require a rehab assignment. Also, the Dodgers traded Wilmer Font to Oakland.

Just a guy living in Southern California, having a good time writing about baseball. Hated baseball practice as a kid, but writing about it rules. Thanks for reading!
@AllanYamashige
Previous Marlins 3, Dodgers 2: Offense never gets going & bullpen blows it late
Next Marlins 8, Dodgers 6: Clayton Kershaw struggles, offensive rally is too little and too late