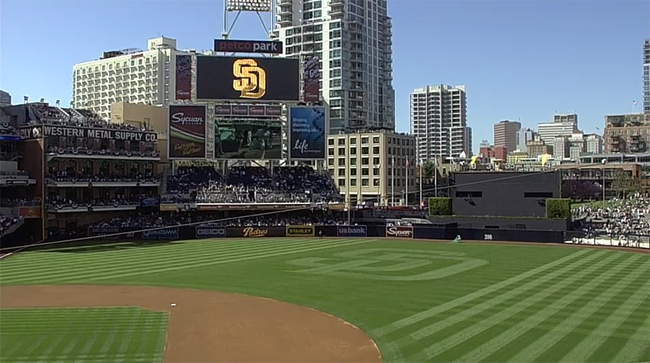 The Dodgers (49-42) had no answer to rookie pitcher Eric Lauer in Tuesday’s 4-1 loss to the Padres (40-54). They look to secure their 50th win of the season on Wednesday night in game three of four at Petco.

Last time out Kenta Maeda (5-5, 3.24 ERA, 2.89 FIP) was pitching on fumes and adrenaline after getting little sleep while welcoming his new son the night before his start. It was strange that he even pitched that day, and instead went on the paternity list after. I guess it’ll be a cool story to tell his son later in life. “Daddy struck out nine Angels including Mike Trout on your birthday.”

Speaking of strikeouts, Maeda is collecting a lot of those. He has 98 strikeouts in 80 2/3 innings pitched, second most on the team behind ace and All-Star Ross Stripling. Maeda’s 10.9 K/9 and 28.7% strikeout rate is the best of his career. The most strikeouts the veteran right-hander has notched in a season was in 2011 with the Hiroshima Carp when he struck out 192 batters in 216 innings.

Rookie left-hander Joey Lucchesi (4-4, 3.27 ERA, 4.40 FIP) faced the Dodgers on May 4 and was the losing pitcher in the combined no-hitter in Mexico. He went 5 innings and allowed three runs on five hits with five strikeouts and three walks. Chris Taylor and Enrique Hernandez both hit home runs against him in the 4-0 Dodger shutout.

The Edward Paredes era is officially over.

30-year old Zac Rosscup, also a southpaw, has not pitched at the major-league level this year. He had been dealing with warts on his left middle finger earlier in the season and was on the 60-day disabled list. Maybe they can use the same laser treatment Rich Hill used for his blisters. Rosscup had a 1.08 ERA in 10 appearances with Triple-A Albuquerque (8 1/3 innings) and supposedly regained the feel for his slider.

Julio Urías faced hitters today for the first time since his surgery. His fastball reached as high as 92 mph, Dave Roberts said.

In All-Star news, Ross Stripling is going to D.C.

Even though the Dodgers dropped the second game of the series on Tuesday, it’s been enjoyable watching former Friars like Matt Kemp and Yasmani Grandal absolutely torture their former team at Petco. Kemp is hitting .333 with two home runs, and Grandal is hitting .350 with four doubles and a home run at Petco Park this season. Grandal isn’t in the starting lineup, but he’ll be available off the bench. Interestingly, Logan Forsythe and Austin Barnes get consecutive starts. Forsythe went 0-for-3 with 3 strikeouts on Tuesday and is now hitting below the Mendoza Line (.199).

Stacie Wheeler, born and raised in So Cal, has been writing about the Dodgers since 2010. She wrote daily as the co-editor of Lasorda's Lair for five long years, and she has also written for Dodgers Nation, Dodger Blue 1958 and The Hardball Times. She currently contributes to True Blue LA. Stacie graduated from the University Of Southern California with a bachelor's degree in Cinema-Television. You can also watch her videos on her YouTube channel, DishingUpTheDodgers.
@StacieMWheeler
Previous How Matt Kemp got his groove back
Next Dodgers 4, Padres 2: Kenta Maeda strikes out 9 & Dylan Floro impresses in relief