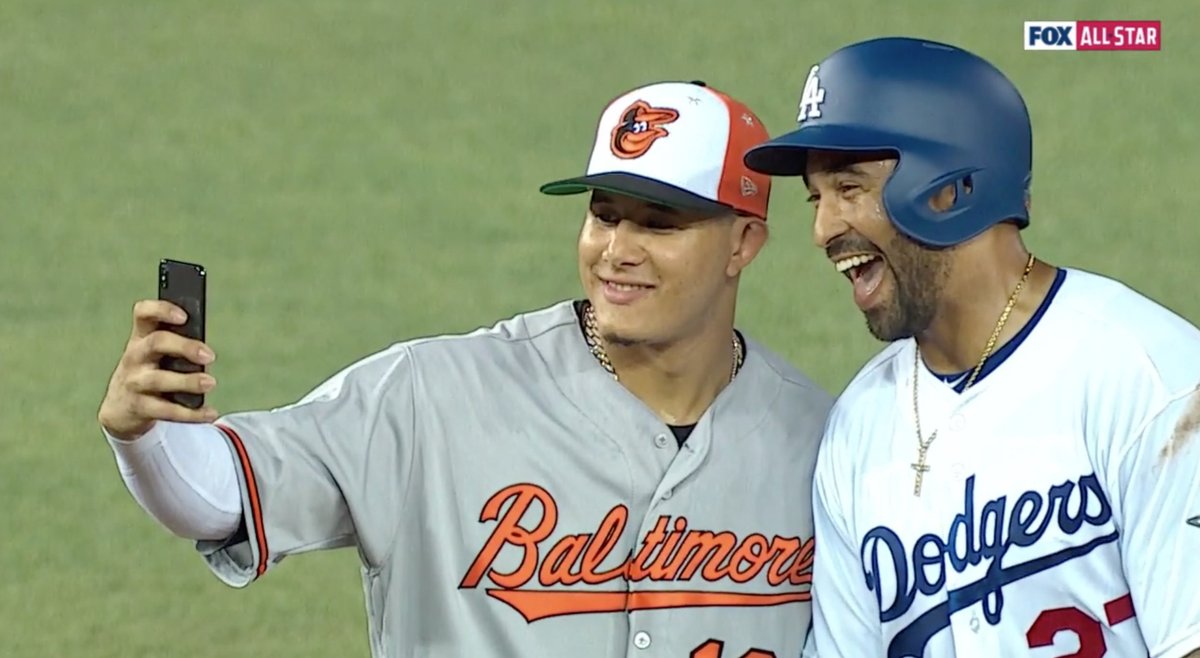 After a blockbuster 5-for-1 trade, Manny Machado now plays for the Los Angeles Dodgers. Truly an exciting sentence to type, and yesterday Dustin reacted to the deal in a way that should only increase that excitement by basically saying it was quite the steal.

But what did everybody else think?

Kyle Glaser of Baseball America gave a rundown of every player involved in the deal, while the Baseball America staff got executives and scouts to sound off on it, generally thinking it’s fair.

A survey of front official officials and scouts around baseball has brought back a reasonably consensus opinion on what the Orioles received back from the Dodgers in exchange for shortstop Manny Machado — it’s not great, but it’s pretty good considering the going rate for rentals.

Keith Law of ESPN feels like the Orioles missed their window to get maximum value back, but thinks it’s a fair return.

The Orioles missed their ideal window for trading Manny Machado, which would have been last offseason so the acquiring team would have gotten a whole year of playing time plus the potential to get a draft pick as compensation when he hits free agency this winter. Waiting until there is less than half a season left for the acquiring team led to fewer interested teams and generally lower market valuations on him, with teams refusing to part with their No. 1 prospects. And indeed, the Orioles did not get the Dodgers’ best prospect, or their second-best one, instead getting a quantity return that might yield four or five big leaguers but seems unlikely to give them back a star.

Jon Tayler of Sports Illustrated gives the Dodgers an A- for a trade that didn’t give up their best prospects but landed an impact talent, while the Orioles got a B for adding to their farm.

Some Dodgers fans may carp that two top-100 prospects is too much for a man who will be a free agent at season’s end. Nonsense. This is what a contending team should be doing: Use those prospects to get better today, especially when Los Angeles has plenty of future pieces already in Seager, Bellinger, Walker Buehler and top prospects Alex Verdugo and Keibert Ruiz. Championship windows can close with frightening speed; do everything in your power to prop them open.

Jim Bowden of The Athletic, meanwhile, gave the Dodgers an A and the Orioles a B+. Not sure if that’s a good or bad thing considering the author.

The Dodgers deserve the most credit for investing their money in scouting, international talent, the amateur draft and player development. That allowed them to make a deal of this magnitude without giving up arguably any of their top four prospects. The Dodgers did trade a significant prospect package to get Machado, but they could afford to because of how well they’ve done in building one of the game’s best farm systems.

Dan Szymborski of FanGraphs says that the Dodgers were already the best team in the National League, but they added around two wins with the trade, and also increased the odds of making the playoffs by ~6 percent, winning the division by ~10 percent, and winning the World Series by ~2 percent.

I tend to dislike sports clichés, but the whole “go big or go home” is applicable in a sport that is structured to penalize water-treading. The Dodgers went big here and even when Manny is a nice-to-have rather than a have-to-have, the team has significantly increased their odds of not being able to make any golf plans until November.

Jeff Sullivan of FanGraphs sees the trade as accomplishing goals for both teams, making a point about the Dodgers player development.

From the Dodgers’ standpoint, they kept most of their most valuable prospects, but they gave up five potential major leaguers. That’s why the Orioles should feel okay about this. I expected them to get three interesting players, not five, and while there are varying degrees of “interesting,” I don’t think a better package was out there. I doubt one would’ve become available. The Dodgers might even admit they overpaid.

We don’t have good public evaluations of player-development systems. It’s something that’s virtually impossible to study. But it also makes all the sense in the world that some teams would be well ahead of others, and from things I’ve heard from people in the game, the Dodgers are outstanding in this regard. They’re not alone — I’ve heard similarly flattering things about the Astros and Yankees — but let’s accept, for now, the Dodgers are at least better than average. That means they’d be more able to turn raw talent into results. That means they’d be more able to find the next Kremer, or Pop, or Bannon, or whoever. If the Dodgers believe they’re better than most everyone else at creating interesting prospects, then it doesn’t hurt so much to trade interesting prospects, because the reinforcements are coming. It would allow the Dodgers to have a different idea of what it is to overpay. They wouldn’t have to sweat the smallest margins, if there’s an improvement to be acquired.

Bryan Grosnick and Wilson Karaman of Baseball Prospectus evaluated the trade, but also spent time pondering a potential long-term future for Machado with the Dodgers.

You could find a home for Machado in L.A. for the next half-decade, but it’d involve moving on from two of the Dodgers’ current regulars, paying Machado upwards of $200 million, and shuffling the defensive deck so that Taylor, Muncy, or maybe even Turner is an everyday second baseman. That’s just too much work, right? Wrong. If there’s one thing that’s true about L.A., it’s that less is never more. More is more. And the Dodgers have been chasing their first championship since the 1980s for too long. Machado in 2018 is a win-now move, no doubt, but retaining another of the game’s true elite in free agency should be a card Friedman and Zaidi are willing to play.

As you can see, the consensus seems to be that the Orioles did well enough to basically begin their rebuild, and the Dodgers made an impact move that sets them down the right path towards a title chance.

Just when you thought you could get away from baseball for the ASB.. @redturn2 @Awood45 pic.twitter.com/Bi3VBY3Oho