It’s about time to panic 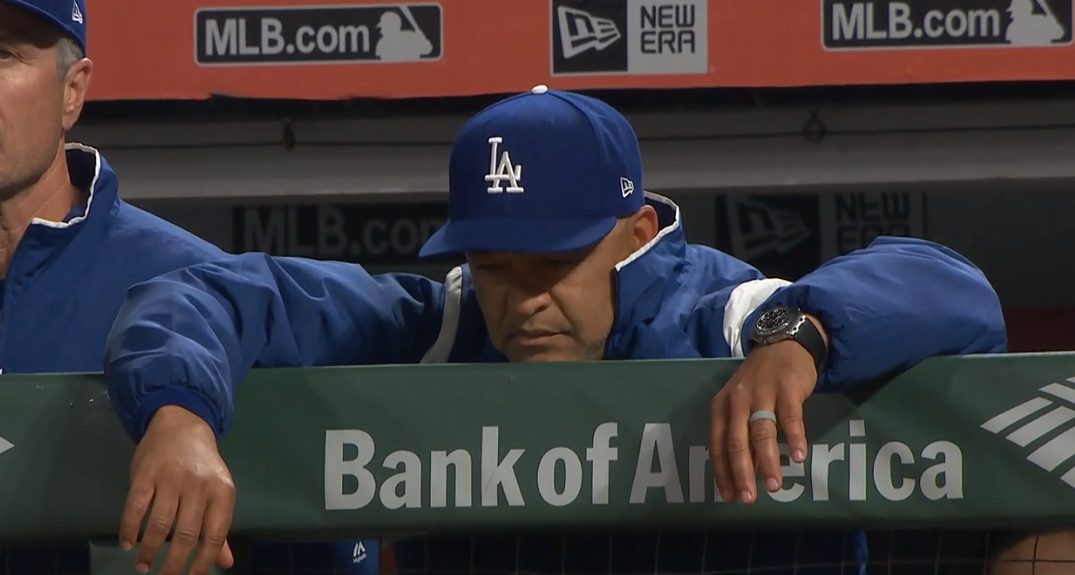 One game away from winning the World Series in 2017, the 2018 version of the Dodgers currently sit in third place in the NL West. They are 67-60, on pace for a mediocre 85 wins, and find themselves 3.5 games back of the division and 2.5 games back of a playoff spot. There are only 35 games left. If there ever was a panic button, it’s time to hit it.

I imagine many will scoff at this notion one way or another, either saying they should’ve hit it long ago or that it’s too early for a team this talented to do so. Still, now feels about as good a time as any, as this is undoubtedly the latest in the season the Dodgers have been in real danger of missing the playoffs in years.

Optimists will cite their +108 run differential, which works out to a 75-52 Pythagorean record. They’ll cite that according to 3rd Order Winning Percentage, the team deserves to be something like 79-48. They’ll say that FanGraphs has their odds of making the playoffs at 70%, winning the division at 46%, and capturing the World Series at 13% (third highest), while Baseball Prospectus has the Dodgers at 52% to make the playoffs, 32% chance of winning the division, and a 9% chance of winning the World Series (fifth highest).

That’s all true to an extent and speaks to the talent level of the team. It also doesn’t mean a whole lot now because despite that they’ve underperformed and their record is in the books. The sample size remaining is close to becoming a tiny one in itself, which can include a ton of randomness, so the reassurances about the quality of the team don’t apply as much when there’s just a stretch run left compared to when a majority of the season remains.

On the other hand, pessimists will say that this team should’ve been pressing the panic button long ago. But realistically, that didn’t make a whole lot of sense either, as they were still showing talent and were tied for the division lead even on August 9. Regardless of whatever criteria people think constitutes a World Series caliber team, as we’ve seen countless times over the years, any team that makes the playoffs is a potential World Series caliber team. It’s the making it in that’s important, and that’s exactly what has me worried now, as the 3-8 record since August 9 took them from tied to 3.5 back as well as behind another team in their division. They’re definitely not out of it or a long shot yet, but they’re another bad week away from being in exactly that scenario.

The worst part about all this? There’s not much the Dodgers can do. I’m always for blowing past the luxury tax and spending on everything in sight, but the ownership clearly wants no part in that. Fine. Well then, the team is simply left to perform like the team the numbers say they should be performing like. It’s as simple as that.

Sure, hand-wringing about lineup choices or batting order or pen management would likely garner me more clicks on the article, but in the big picture those aren’t the reasons they’re losing these games. When everybody has failed in key spots, complaining about the periphery decisions is like asking why they didn’t shuffle the chairs on the deck of the Titanic differently. Too often everybody from one of the team units fails together (usually the lineup or pen), which ultimately leads to being unable to mount the type of surge this team desperately needs.

The only thing we know for sure right now is that the Dodgers need to find whatever it is they have been missing this year, and they need to find it soon. It’s getting late.