The Dodgers handled business over the weekend, taking two of three from the Padres. Unfortunately, the Diamondbacks did not handle business. They were swept by the Rockies, which cut the Dodgers’ lead in the division to 1.5 games. Arizona was eliminated from playoff contention yesterday.

All they’re playing for now is to spoil the Dodgers plans, and surely they’d like nothing more than to keep the Dodgers from winning their sixth consecutive NL West title.

Clayton Kershaw starts tonight for the 25th time this season. He’ll likely get a start in one of the games in San Francisco this weekend, and he’s currently 11 2/3 innings away from becoming a qualified starter. If Kershaw were to be a qualified starter right now, his 2.45 ERA would be tied for the fourth-lowest in baseball. His 3.21 FIP would be only the 11th-lowest in baseball and it would be Kershaw’s highest since 2009. He won’t (and shouldn’t) really be in the discussion for the NL Cy Young award, but he’s still been a top-tier starter in baseball. He’s been especially tough in 11 starts since the All Star break, as his 2.17 second-half ERA is the eighth-lowest in baseball among pitchers with at least 50 innings pitched. Kershaw’s coming off a solid start against the Rockies, where he allowed two runs (one unearned) in seven innings. He only recorded three strikeouts and walked five batters, which was very uncharacteristic. Kershaw has seen the Diamondbacks four times this season and has a 2.42 ERA in 26 innings. Kershaw has struck out more Diamondbacks (27) than he has allowed baserunners (16 hits, two walks) this season.

Robbie Ray starts for Arizona tonight. Ray had a breakout season last year, but has struggled mostly this season. He has a 3.92 ERA/4.25 FIP in 22 starts in 2018. He’s been much better in September, with a 1.52 ERA in 23 2/3 innings. In September, opposing batters are hitting .095/.239/.135 against Ray. It’s not like he’s faced cupcakes. His first start of September came against the Padres, but his other three were against Houston, Atlanta and the Cubs. The Dodgers have only seen Ray once this season, and he allowed one run in 5 1/3 innings while striking out nine batters. He was great against the Dodgers last season as well.

The Dodgers send out an all-right handed lineup against Ray, meaning both Cody Bellinger and Max Muncy sit. Paul Goldschmidt is out of the lineup for the Diamondbacks, but Christian Walker is 2-for-2 with two home runs against Kershaw in his career because baseball is the stupidest thing ever.

The Dodgers have 40 players.

JT Chargois hasn’t pitched since August 20th due to a nerve issue in his neck, but he’s back for the final week of the season. Probably too late to audition for a postseason spot, but another reliever can’t hurt.

Congratulations to @YazmanianDVL08 and Manny Machado on being named as finalists for this year's @sluggernation Silver Slugger Award! pic.twitter.com/cLTGYzb76e

This is good and all, but I am MAD ONLINE that Hyun-Jin Ryu is not a finalist as a pitcher.

Yasmani Grandal has the fourth-highest wRC+ among catchers with at least 100 plate appearances this season. Manny Machado‘s 141 wRC+ is the highest among all shortstops.

By the way, Turner Ward now has the shirt, and BreakingT are giving a portion of the proceeds to Donna’s Hope! 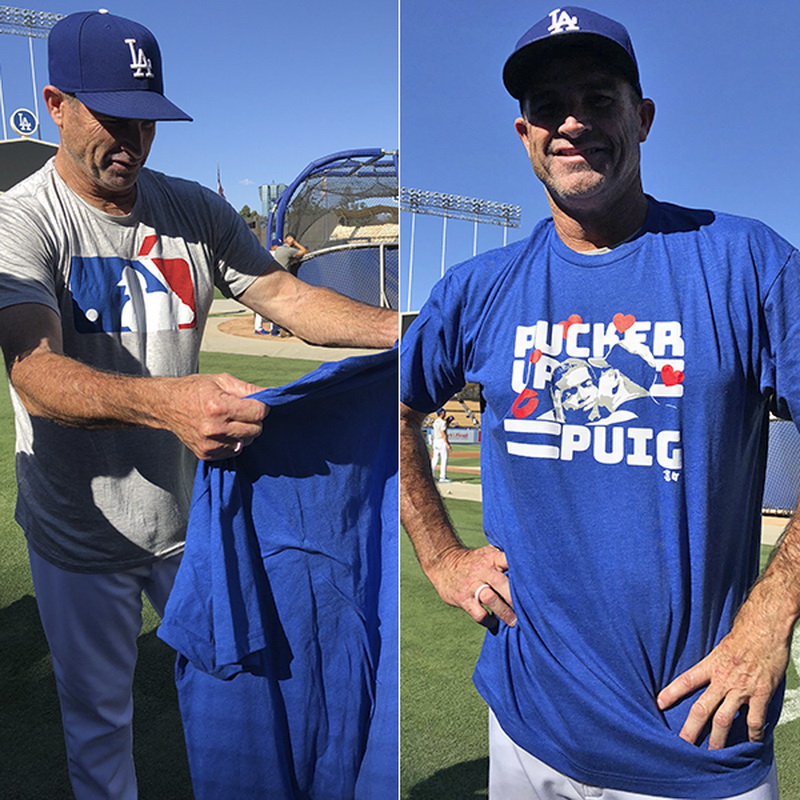 I've been writing about the Dodgers since I graduated from Long Beach State, where I covered the Dirtbags in my senior year. I'm either very good or very bad at puns.
@@ac3581
Previous Podcast: ‘Dugout Blues’ episode 247 – First place, playoff push, Ryu, Urias
Next Dodgers 7, Diamondbacks 4: Freese uses Devil Magic, Muncy’s hit is the game-winner