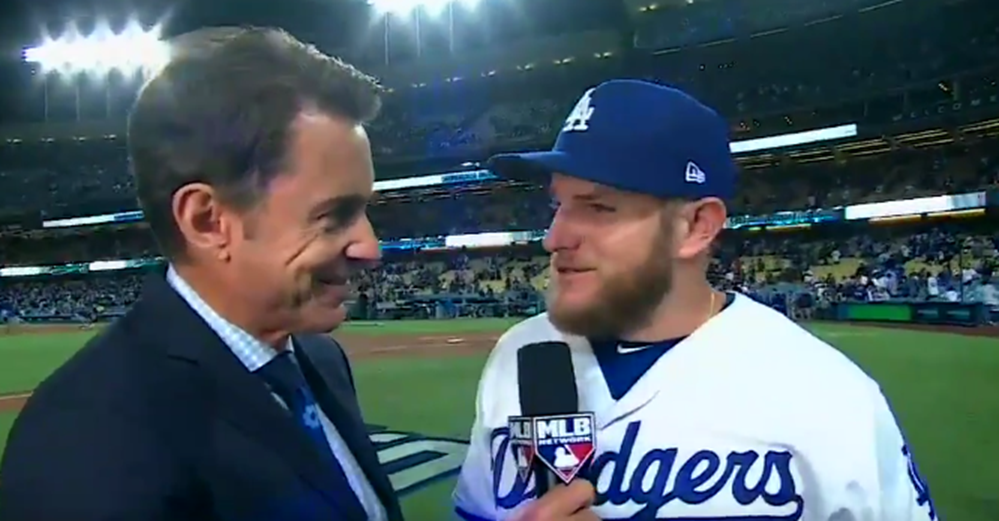 After the Dodgers secured the win in Game 1 of the NLDS over the Braves, MLB Network‘s Tom Verducci stopped to talk with Max Muncy, who went 1-for-1 with a three-run dong and three walks. It was a gem.

.@maxmuncy9 spoke to Tom Verducci after his homer helped propel the @Dodgers to a victory over the #Braves in Game One of the #NLDS. #Postseason #MLBTonight #LADetermined pic.twitter.com/joPKPuYml6

Aside from the win, this was definitely the highlight.

Tom Verducci: Max Muncy, a lot of pussy experience on this Dodgers team. First time around for you, how did it feel out there tonight?

Max Muncy: It’s exciting. It was, uh, I wasn’t sure how it was gonna feel, I was a little nervous before…

This is Dodgers Digest.