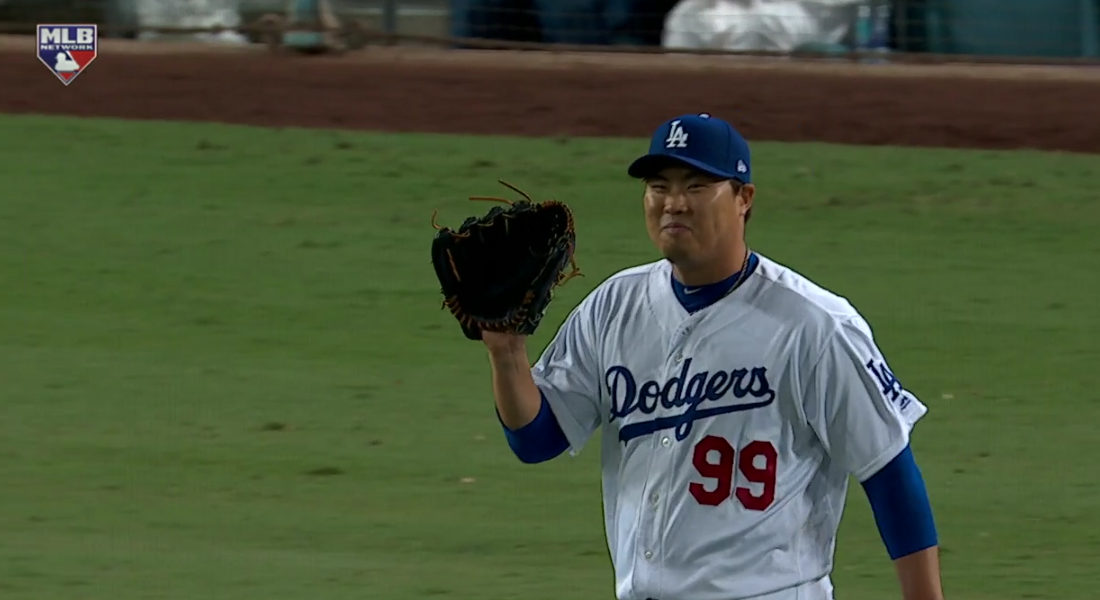 The Dodgers made two players qualifying offers before yesterday’s deadline, giving left-handed pitcher Hyun-Jin Ryu and catcher Yasmani Grandal an option to accept a 1-year, $17.9 million contract within the next 10 days.

The Dodgers did extend qualifying offers to Yasmani Grandal and Hyun-Jin Ryu. It’s a 1-year deal at $17.9 million. They have 10 days to accept or decline the offer. If they sign elsewhere, the Dodgers get a compensatory pick.

Assuming the ownership will allow the front office to go over the luxury tax this year, making the pair of qualifying offers was common sense.

Hyun-Jin Ryu was a borderline front-line starter in 2018, posting an elite 1.97 ERA and solid peripherals backed by a 3.00 FIP and 3.18 SIERA. He posted a career high 27.5% K and a career-low 4.5% BB, and while he wasn’t quite the ace his ERA would indicate, he was about as good as his peripherals indicate. Despite missing two seasons with major shoulder and elbow trouble, as I wrote in September for The Athletic, when he was healthy he was as good as he ever was or perhaps even better. And that’s a good thing because he was a borderline All-Star pitcher (~4 WAR) when making a full slate of starts.

Of course the issue is getting a healthy Ryu to begin with, as he also missed time last year with a significant groin strain. Given his injury history, Ryu is likely to be hurt by having compensation attached to his name in free agency, and he’ll probably be hard-pressed to get more money than the qualifying offer affords. But for the Dodgers his considerable upside is a gamble they are equipped to afford, as they can cover for any time missed with their rotation depth, and if he does remain healthy the team can get a great value by having a borderline front-line option without taking on any long-term risk. Thus it seems in the interest of both parties that he returns in 2019 by accepting the qualifying offer, and it seems like the Dodgers might even want to try to get a multi-year deal done, perhaps with options or incentives of some sort.

Yasmani Grandal was one of the best catchers in baseball last year. That statement is likely a bit controversial to fans, especially given the perception of him after his disastrous postseason, and I definitely understand the frustration. That said, he did post a .241/.349/.466/.815 line for a 125 wRC+ in 2018, a career-high as a regular but also not especially out of the ordinary for him. That tied Grandal for third in the majors among catchers in offensive output, and when you look at how quickly the rest of the position gets ugly, you begin to understand his appeal. Of the 50 catchers with 200 PA or more, only 14 posted a league-average wRC+ or better, with six of those 5% better than average or less. For example, Russell Martin‘s .191/.338/.325/.653 line checked in as comfortably above-average for a catcher. It’s dire out there. So even if one assumes Grandal’s flaws at blocking balls, preventing passed balls, and receiving relay throws cancels out his framing (among the best in majors) and solid-average throwing, he still rates extremely well.

Amid talk about Yasmani Grandal accepting the qualifying offer the Dodgers will tender, it's worth noting that Brian McCann got 5 years, $85M and Russell Martin 5 years, $82M. And while, yes, the market is different, and Grandal's October was awful, the numbers are very similar. pic.twitter.com/DEHdV1JIwD

I get the desire to not want Grandal back, and quite frankly I’d rather not suffer through another frustrating and streaky year either, but him accepting a one-year deal would probably represent the ideal scenario for the Dodgers. He’s worth about the money he would get anyway, and it would provide a top stopgap until either prospects Will Smith or Keibert Ruiz are ready to get a shot. It seems rather unlikely that he actually does accept a 1Y/$17.9MM deal since a team looking to even make the playoffs will likely give him multiple years, so the Dodgers receiving draft compensation seems likely. From there, it’ll be interesting to see what they do to solve their suddenly significant catching issues.

While the Dodgers wanted to bring back their entire coaching staff in 2019, they have lost third base coach and infield coach Chris Woodward, who will be managing the Rangers.

Back in 2016 I wrote about how the results from shifting had improved under Woodward, and while people pointed out that the front office are the ones who do the numbers, a significant part of the battle is getting buy-in from players and effectively implementing the plan.

Chris Woodward had the trust of the Dodgers players because how genuine of a person he is. He was a great asset for Dave Roberts in the clubhouse and on the field.
His baseball IQ and command of analytics is a great combo for Rangers.

Hopefully his successor will be as successful as he was, but when things aren’t broken you don’t want to mess with it, and there’s always a question about how things will go with somebody new.

"A highly rational Internet troll." - Los Angeles Times
@ChadMoriyama
Previous Clayton Kershaw returns on 3-year, $93 million deal, which makes a lot of sense for the Dodgers
Next Bryce Harper and the Dodgers are a perfect match