It Must Be Baseball Season, Because Carl Crawford Is Hurting 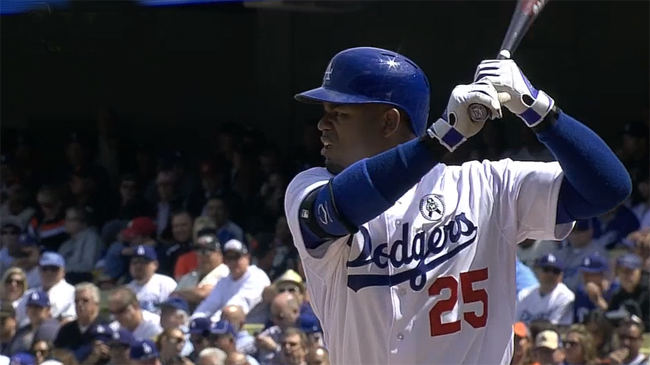 There’s no such thing as “too many outfielders.” We’ve been saying that forever, but can we finally agree on that, please? We already know that Matt Kemp isn’t going to Australia, and until we hear about the results of his MRI test, we won’t even know when he’ll be cleared to run at full speed — which, remember, he has not done yet. There’s not currently a date for him to get into spring games.

And now, Carl Crawford is already dealing with “tightness in his right quad,” as relayed by Eric Stephen from Don Mattingly, which he felt was tight “all day” yesterday. It will keep him out of today’s game and tomorrow’s as well, with hopes to get back in on Saturday. The usual platitudes apply: It’s Feb. 27, there’s no need to rush anyone, even guys like Mike Baxter need to play in spring, etc. If this were the regular season, maybe Crawford would be fine to play. (Or maybe he’d push through it and injure himself further, which is usually what happens.)

Just remember: “too many outfielders” isn’t a problem until it’s a problem. Last year, when Skip Schumaker, Scott Van Slyke, Jerry Hairston, Chili Buss, Alex Castellanos, and Elian Herrera combined to start 99 games in the outfield, the problem was not enough outfielders. Until further notice, it’s still the same problem. If and when it is “too many” — if that ever happens, which I’m skeptical of — it’s a good problem to have. It’s better than this one.

Your lineups for today’s home opener against Arizona at right, with no A.J. Ellis, who is down with the flu, potentially from eating too much “Volcanic Jalapeno” jerky, which is a real thing. As with every other non split-squad game, the SNLA broadcast is available with no blackout concerns on MLB.tv.

Via J.P. Hoornstra, the reserves expected to see time today:

Mike writes about lots of baseball in lots of places, and right now that place is MLB.com.
@mike_petriello
Previous The Recent History of Dodgers Spring Pitching
Next Zack Greinke Really Doesn’t Want To Go To Australia, Probably