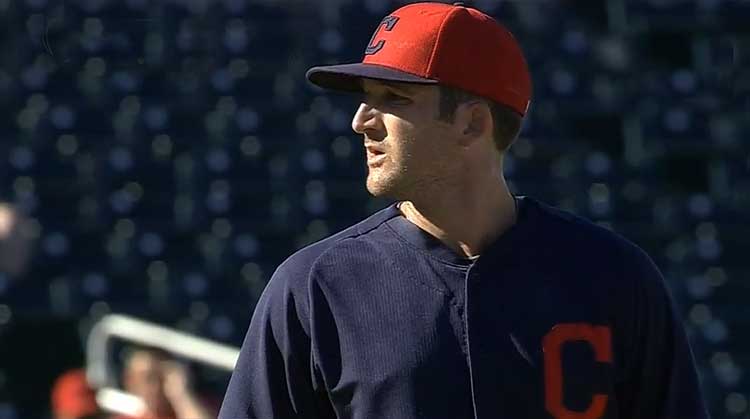 As a prospect hoarder, I’m not usually happy when the team trades a somewhat legitimate prospect for a 28-year-old lefty who has all of 17 innings pitched in the majors (and a 9.00 ERA — yay small sample sizes). But that’s (kinda) what happened on Sunday.

The Dodgers sent Duke von Schamann to the Indians in exchange for left-handed reliever Colt Hynes. I think Mike said it best:

What is a Colt Hynes?

The Indians had designated Hynes for assignment on March 30 and needed to do something with him within 10 days of the move. He was drafted in the 31st round of the 2007 MLB Draft by the Padres out of Texas Tech University. Ironically, von Schamann is also a graduate of Texas Tech. He was purchased (basically, traded for money) by the Indians on Oct. 31.

I’m not exactly sure why the Dodgers needed a left-hander who is ticketed for Triple-A and could be recalled on an “as-needed” basis. But this does make you wonder (slightly) about the health of Paco Rodriguez and/or J.P. Howell.

Hynes has exhibited some good control in the minors, posting a 2.1 walks per nine innings rate and a 3.36 strikeout-to-walk ratio. But the sidearming lefty isn’t much of a swing-and-miss pitcher, as he struck out 7.1 batters per nine innings in his 501 1/3 career minor-league innings. In fact, he posted a ridiculous 58:2 K/BB ratio in 47 1/3 innings between Double-A San Antonio (former Dodger affiliate) and Triple-A Tucson.

The Dodgers designated Mike Baxter for assignment to make room on the 40-man roster, which is again full-up.

The Dodgers lose a potential back-of-the-rotation workhorse in the 23-year-old von Schamann. A big guy (6’5, 220-plus pounds) who had a really good 2014 debut with the Lookouts on Friday (7 IP, 2 H, 0 R, 0 BB, 2 K), von Schamann was expected to anchor the Chattanooga rotation for most of the season. The 2012 15th-round draftee profiles as a ground ball pitcher with little swing-and-miss ability, but he hasn’t gotten as many ground balls as was expected.

He was my No. 18 prospect heading into the season. This is what i wrote about him:

“An easy 80 name to go along with Pratt Maynard, von Schamann is one of the better ‘pitchers’ in the Dodgers’ system. Drafted as a college senior, he’s more mature than most coming out of college, and it shows on the mound. He doesn’t have plus-stuff, but he knows what to do with his pitches. His 88-90 MPH fastball has some sink to it. When he’s going well, he locates it where he wants. He also has a curveball that is a little loopy, but also has an 11-5 break. His changeup is fringy and in the upper-70s-to-low-80s.

His delivery is clean and he repeats it well. He has some of the best control and command in the system. He’s not afraid to throw any pitch in any count because of his plus-control. As a big guy, one would expect more velocity. But he’s a smart pitcher who profiles as a back-of-the-rotation starter or a long-reliever. He should go back to Chattanooga in 2014.”

Yes, the 80 name loss is the biggest one of all (even if I mistakenly omitted him from my list). He was touching the low-90s on the back fields at Camelback Ranch this year, so perhaps he added some velocity to his fastball.

We’ll see how this deal works out of the Dodgers. I just don’t understand the need for Hynes and why it took von Schamann to acquire him — especially since he was DFA’d.

In all likelihood, the Dodgers won’t miss von Schamann. But, as the old saying goes, you can never have too much starting pitching. I’d be somewhat surprised if von Schamann doesn’t at least make a few big league starts in his career.

Dustin Nosler began writing about the Dodgers in July 2009 at his blog, Feelin' Kinda Blue. He co-hosted a weekly podcast with Jared Massey called Dugout Blues. He was a contributor/editor at The Hardball Times and True Blue LA. He graduated from California State University, Sacramento, with his bachelor’s degree in journalism and a minor in digital media. While at CSUS, he worked for the student-run newspaper The State Hornet for three years, culminating with a 1-year term as editor-in-chief. He resides in Stockton, Calif.
@DustinNosler
Previous Dodger Rotation Suddenly An Open Question
Next Giants @ Dodgers April 6, 2014: Don’t Get Swept, Please