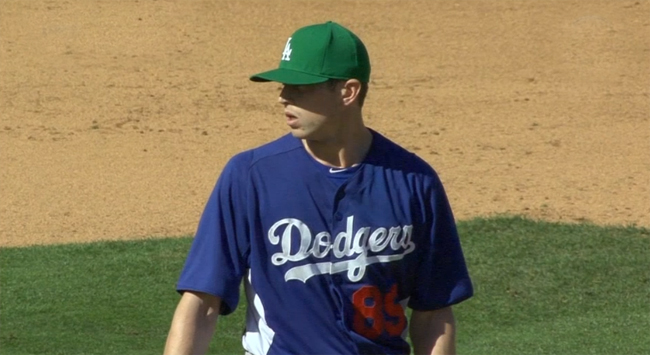 Ever since Chris Reed was overdrafted by the Dodgers in the 2011 MLB Draft, I haven’t been on his bandwagon. Last year, I noticed his solid performance and ate just a small serving of crow.

Well, if his start to the 2014 is any predictor, I might be in line for huge plate of crow before too long. But I’m still skeptical about his long-term success.

Reed threw six innings of no-hit ball in Chattanooga on Wednesday for the Lookouts. He struck out nine batters while he walked three. He also posted a 6-3 ground out-to-flyout ratio. On the season, he has a 1.02 ERA, 0.85 WHIP, 3.63 FIP and has 22 strikeouts in 17 2/3 innings. Last season, he started getting more ground balls (2.19 GO/AO) and fewer strikeouts (10.0 K/9). Yes, his ERA is out-performing his FIP significantly right now, but he’s still off to a solid start.

If Reed has indeed found his strikeout stuff again, coupled with a solid groundball rate, there’s a chance he could make it as a starter. There aren’t a ton of sinkerballing lefties who can strike hitters out (Chris Sale — a player Reed was lazily compared to by draft pundits and Internet folk — comes to mind). It’s a small chance, but a chance nonetheless.

Reed is anchoring the Lookouts’ rotation, along with Carlos Frias and Andres Santiago. They’re performing relatively well, and they’re going to need to because there isn’t a ton of offensive potential at Double-A right now.

The odds are against Reed making it as a starter — as they are against a lot of minor-league starters who have reliever profiles. We’ll see if he can keep it up. If he does, then he becomes a valuable trade chip come July — something that would probably work out best for all parties involved.

Dustin Nosler began writing about the Dodgers in July 2009 at his blog, Feelin' Kinda Blue. He co-hosted a weekly podcast with Jared Massey called Dugout Blues. He was a contributor/editor at The Hardball Times and True Blue LA. He graduated from California State University, Sacramento, with his bachelor’s degree in journalism and a minor in digital media. While at CSUS, he worked for the student-run newspaper The State Hornet for three years, culminating with a 1-year term as editor-in-chief. He resides in Stockton, Calif.
@DustinNosler
Previous Kenley Jansen Is Suddenly The Worst Closer In Baseball, Or Something
Next Dodgers @ Giants April 16, 2014: The Problem With Juan Uribe’s Offense