Is Kenley Jansen Being Used Too Much? 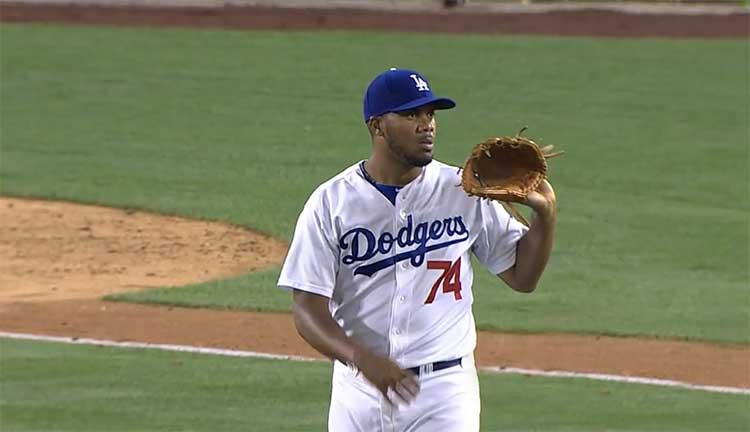 A topic of discussion that arose on Twitter last night after Kenley Jansen came in to finish off a 5-2 win was this: how much is too much? The game was Jansen’s fourth in five days, and his 15th on the season. Only one other pitcher in baseball has more than 12 appearances, and that’s fellow Dodger J.P. Howell.

Now, a totally fair and valid caveat: the Dodgers did start their season a week early with those two games in Australia. Jansen pitched in both, while other relievers were pitching in spring training games. They still count, but they are a bit of an outlier here, because he then got a week off (from games that counted, anyway) after. But while that should absolutely be noted, he’s still pitched in 13 games since the domestic season started. Even when you exclude the Australia games, he’s still seen more action than any other pitcher.

Is it too much? He’s thrown 245 pitches, 225 of which have come since Australia. The names just ahead of him on the pitch number list — David Hale, Tyler Chatwood, Josh Beckett — are primarily starters. (Sam Deduno isn’t, but he has been previously, and as Minnesota’s long reliever, he’s thrown three or more innings three times.) Behind him, you see starters who have only gone a few times (Joe Kelly), or relievers who are built for longer stretches (David Phelps). This seems higher than other closers. To randomly pick out a few other closers — I didn’t see any with more — Francisco Rodriguez has thrown 190, as has Ernesto Frieri. Craig Kimbrel, 167. Trevor Rosenthal, 161. Addison Reed, 157. Fernando Rodney, 124. It’s more than others in his role.

Now as Jon Weisman rightfully pointed out, 58 of those coming over the last week doesn’t seem too bad. This isn’t like Joe Torre making Jonathan Broxton throw 99 pitches in five days back in 2010, a stretch which arguably ended his career as an elite closer. But then, it’s also not just about pitches thrown, it’s days off, and there, Jansen hasn’t had a lot of downtime since the domestic season began.

Let’s look at a quick and dirty chart:

Jansen has had one three-day gap, after the April 1 win in San Diego. He had a two-day break after his tough back-to-back games against Detroit. Otherwise, he’s consistently been used with either zero or one day of rest — and we can’t say for sure that this is it, because there aren’t reliable records kept of “times warmed up.” If Jansen got warm in the pen, threw a bunch of warmup pitches, and never got into the game, it won’t show up here. It’s not the same as appearing, but it’s not nothing, either.

Really, I think this may be a matter of perception, because look at those black boxes in the chart. Jansen didn’t pitch those days because the team didn’t play those days. As we’ve been talking about all month, it sure did seem like the Dodgers had an unusually high amount of early days off. That means that they’ve played only six games this month in which Jansen didn’t enter, and so the math of “the Dodgers have played more games than anyone” plus “Jansen has appeared in most of those games” makes it seem like Jansen has pitched every single night, even if that’s not necessarily true.

So maybe it’s not really as bad as it seems, but it’s still not a pace that can maintain all year. Jansen is on track to appear in 110 games. That’s not going to fly if we still want him happy and healthy in October. You’d think that a team with so many relievers that it has to stash Paco Rodriguez in Albuquerque could find some other contributors in big spots.

Mike writes about lots of baseball in lots of places, and right now that place is MLB.com.
@mike_petriello
Previous Dodgers 5, Phillies 2: Zack Greinke Is Unspeakably Great
Next Phillies @ Dodgers April 24, 2014: No Kemp Tonight