Rockies 5, Dodgers 4: The Bats, They Are Sick 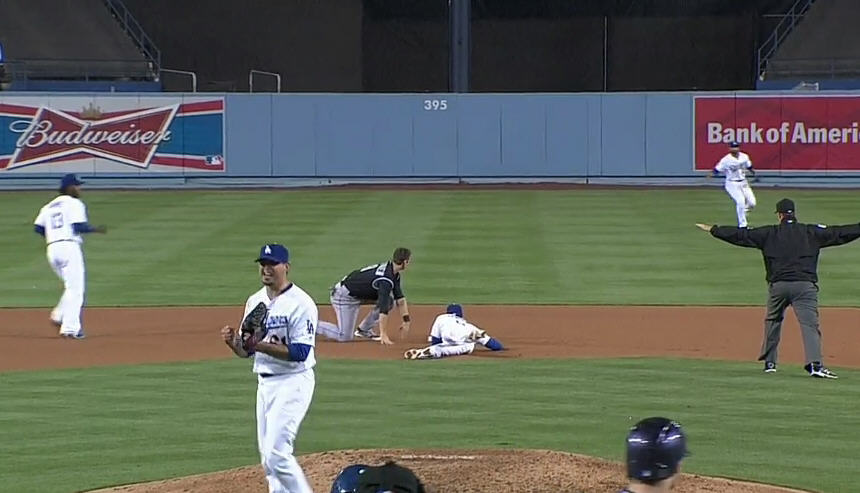 The Dodgers fell to the Rockies by a score of 5-4 tonight, leaving them at 13-11 on the year. Josh Beckett was on the hill for the Dodgers and he turned in a solid eight innings of work, giving up two runs on two homers but striking out six and not allowing a walk.

The scoring got started with Yasiel Puig hitting the first pitch he saw from Jordan Lyles for a homer to right center.

That, of course, earned him head slaps.

Beckett followed that by giving up two homers to Troy Tulowitzki and Chris Dickerson in the top of the second.

But the Dodgers tied it in the third on the backs of Dee Gordon and Puig, the former got a double on a grounder to second. Yes, really.

Puig followed with a single to knot the game at two.

After that, Beckett, Lyles, and the relief corps traded doughnuts on the scoreboard for seven innings of work. Unfortunately, Jamey Wright, J.P. Howell, and Brandon League combined for a dumpster fire of an 11th inning, giving up three runs.

Fortunately, LaTroy Hawkins was closing and Hanley Ramirez led off the inning with a lined double to left and A-Gon followed that with a booming homer to right, cutting the lead to one. Of course, like prophet and cutting-edge baseball mind Steve Lyons has always said, the homer killed the rally. 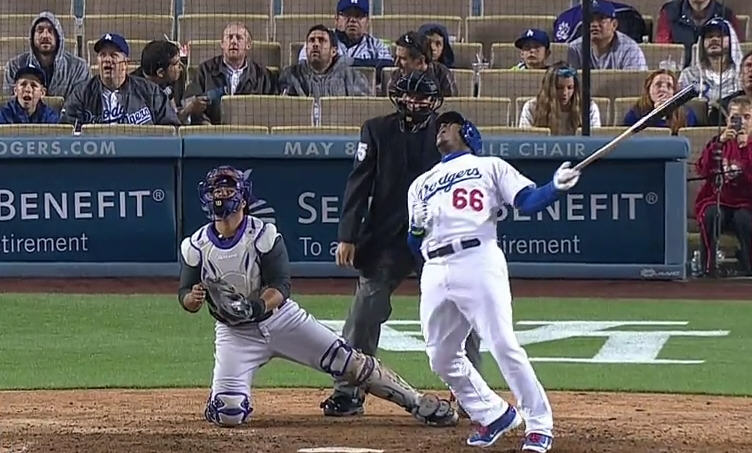 –Carlos Gonzalez did this for our amusement: