Zack Greinke’s K-rate is up, but so is his HR rate — and that’s OK

Generally players who hit for power strikeout a fair number of times. For Zack Greinke, he’s displaying this trend, but from the opposite angle.

Greinke is striking out hitters at a career-best pace, but he’s also allowing home runs at career-worst pace.

He was masterful in his last start, as he struck out 11 Phillies’ batters in seven innings. It was his best start of the season, but, surprisingly, not by much. It was his 17th consecutive start of five or more innings and two or fewer runs allowed (20th, if you count the postseason).

His strikeouts per nine innings rate is 12.3 (behind only Stephen Strasburg and Jose Fernandez) and his strikeout percentage is 34.2 (behind, you guessed it, Fernandez and Stasburg). He’s never been that good at striking hitters out (and it is a small sample size), but the early returns are nice. His slider is doing the best work, as he’s struck out 12 of 40 hitters with it, while throwing it just 17.5 percent of the time (compared to 14 strikeouts with his 4-seam fastball, a pitch he throws 37.9 percent of the time). On the flip side, he’s already allowed six home runs in 29 1/3 innings pitched — good for a 1.8 home runs per nine innings rate — fifth-worst in baseball — and a 26.1 home run-to-fly ball percentage — fourth-worst in baseball.

But, he’s minimizing the damage. Of the last 15 home runs he’s allowed (dating back to June 27 of last season), 14 of them have been solo home runs. He’s done that by keeping hitters off the basepaths. 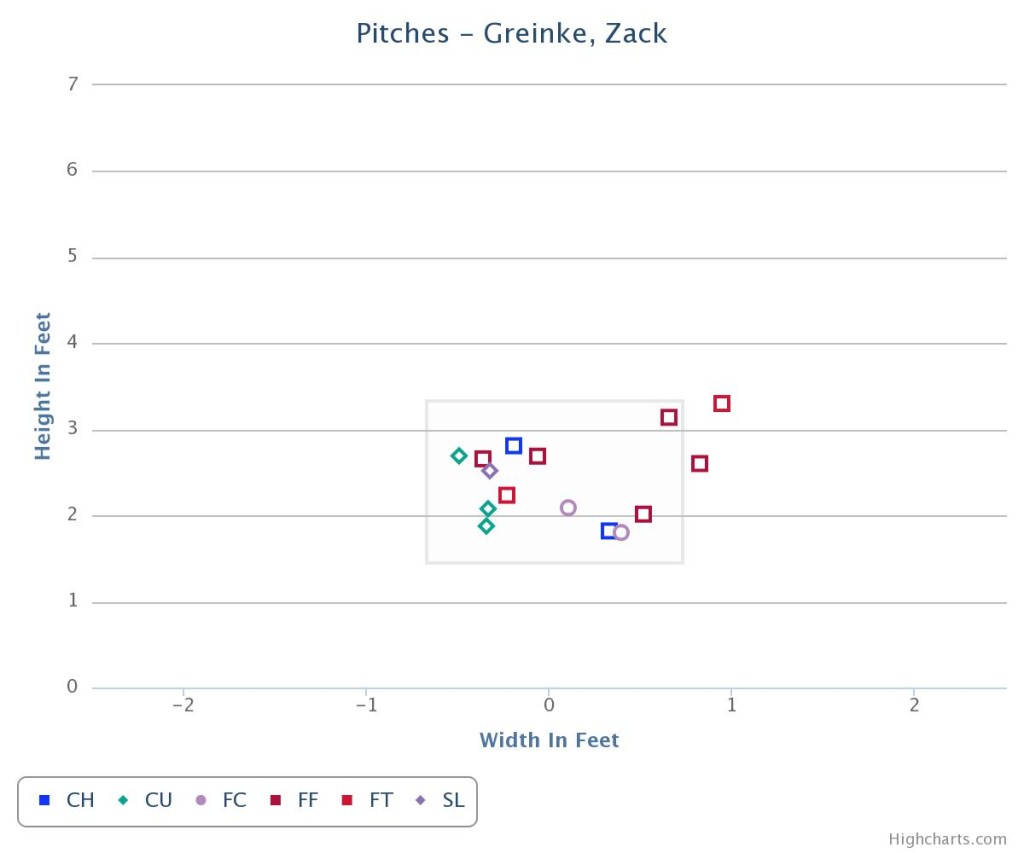 Obviously, his fastball is going to get hit out more because he throws it more. But when you break it down by HR/pitch percentage, it appears his curveball is the biggest culprit. 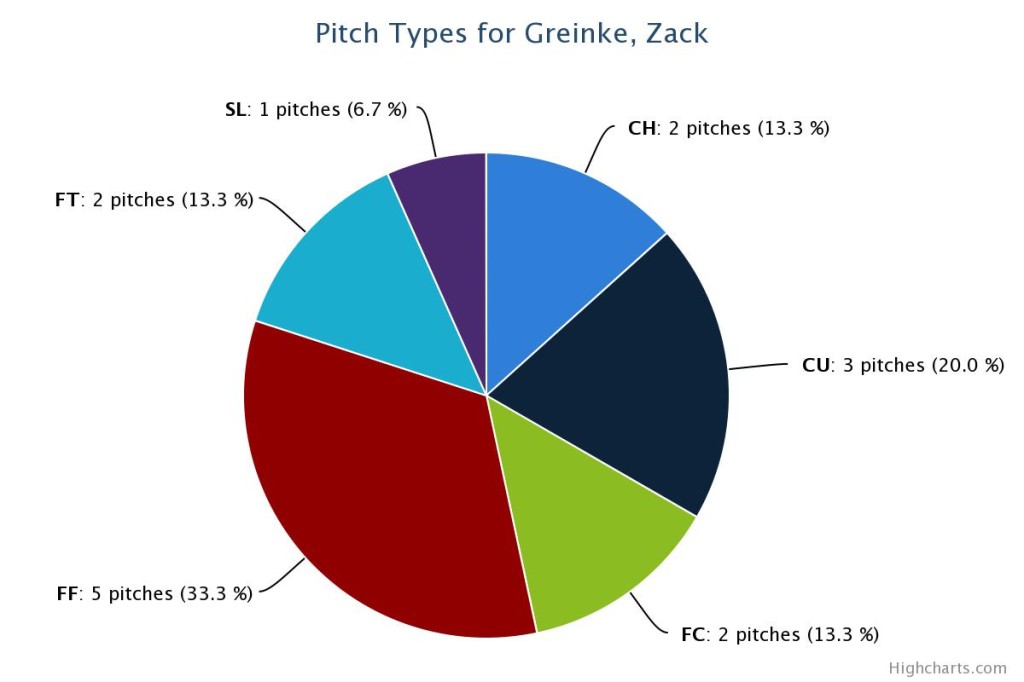 That doesn’t mean he should stop throwing it, despite it being his worst pitch, value-wise, this season. Eno Sarris of FanGraphs talked to Greinke about his curveball on Wednesday.

“But trying to get called strikes on the curve is problematic, too. ‘My curve is so slow, that they might say ball, and if not, they can still react to it,’ Greinke said. ‘(Justin) Verlander’s is so sharp that by the time they realize it’s a strike, they can’t swing at it.’ To some extent, the pitcher was right — the fastest 30 regularly-thrown curve balls last year had a 20% called strike percentage, while the slowest thirty only showed a 17% number (Greinke’s came in at 16.7%). Not a big difference, though.

He felt the pitch was a good change of pace because it was a slow curve — it averages just over 70 mph these days — and it caused the batter to be out in front of the pitch. But he wasn’t sure if that was why curves turn into grounders. ‘The number one thing for curves and grounders — they are low in the zone,’ said Greinke of the pairing.”

Greinke’s curveball has accounted for a 13.5 ground ball percentage, second only to his changeup (13.9 percent). Of the 74 curveballs he has throw this season, none have been classified as a line drive, yet, hitters have the most success against the pitch (.333 batting average against). It’s really a weird situation.

Some of these numbers will normalize — he won’t have a 100 percent left on base percentage the entire season, and he will reduce his home run rate — but the early returns on him are positive. He’s the ace of the staff until Clayton Kershaw returns.

The numbers dictate Greinke shouldn’t be pitching this well — his ERA is 2.45, his xFIP is 1.91 (second-best in MLB) and his FIP is 3.53 (thanks to the home run rate). But he’s truly one of the best “pitchers” in the game, and the numbers do back that up.

Dustin Nosler began writing about the Dodgers in July 2009 at his blog, Feelin' Kinda Blue. He co-hosted a weekly podcast with Jared Massey called Dugout Blues. He was a contributor/editor at The Hardball Times and True Blue LA. He graduated from California State University, Sacramento, with his bachelor’s degree in journalism and a minor in digital media. While at CSUS, he worked for the student-run newspaper The State Hornet for three years, culminating with a 1-year term as editor-in-chief. He resides in Stockton, Calif.
@DustinNosler
Previous Rockies 6, Dodgers 1: Just Forget Any Of That Happened
Next No Dodger Baseball Today Or Maybe Ever