No Dodger Baseball Today Or Maybe Ever

Not unexpected in the least:

Today’s #Dodgers and Twins interleague game has been postponed to Thursday at 6pm as part of a split doubleheader due to inclement weather.

I mean, this is what the forecast in Minnesota is: 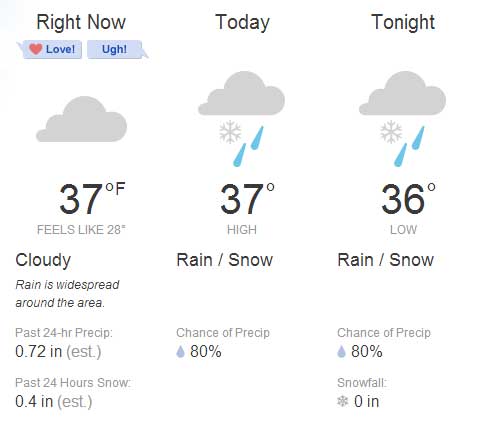 So if anything, good on the Twins for getting this called early and not forcing fans to show up in the cold for a game that was likely never going to happen.

So, very tentatively, and assuming every starter just gets pushed back a day, this is what this series is:

And, of course, the Dodgers have a game in Miami on Friday night, so this already ruins their travel day, because the originally scheduled game on Thursday was 1pm ET / 10pm PT. Now, they have to pray that they can get at least two of these games in. If not, we could be in for some hilarious one-day trips to Minnesota on days off later in the season.

Mike writes about lots of baseball in lots of places, and right now that place is MLB.com.
@mike_petriello
Previous Zack Greinke’s K-rate is up, but so is his HR rate — and that’s OK
Next Welcome Back, Paco Rodriguez