Nationals 4, Dodgers 0: #WeirdBaseball In The 5th & A Terrible Performance 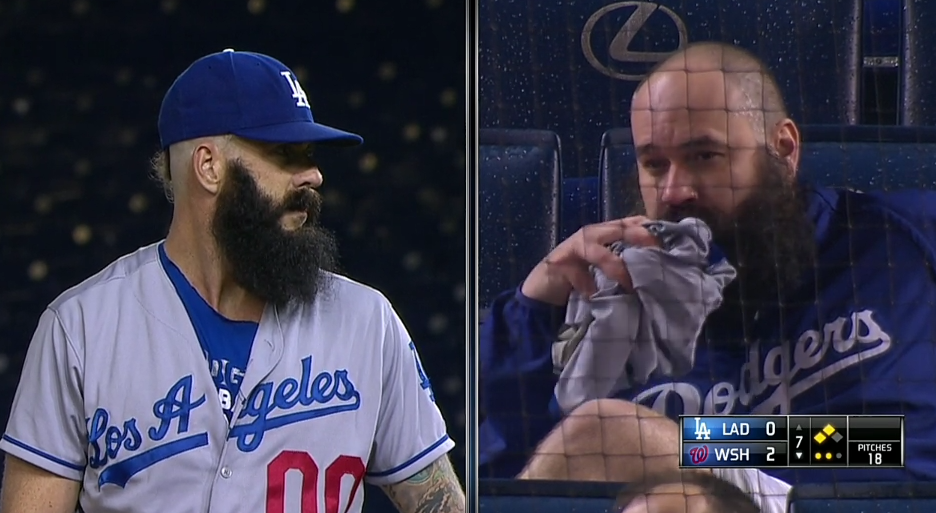 #WeirdBaseball in the fifth inning? Sure, why not?

The Dodgers and Nationals game started with what looked like could be a pitcher’s duel with Zack Greinke and Jordan Zimmermann facing off, but rain delayed the game after three frames for three hours and 16 minutes.

The game ended up resuming at 11:40 PM EST with the vaunted Brandon League and Aaron Barrett showdown. Surprisingly, the pens traded zeros until the bottom of the eighth, when Pedro Baez made his MLB debut and was promptly greeted by a sharp single and a homer before he started to throw pitches other than the fastball and struck out two of the last three he faced. Baez was sitting 95-96 mph and his slider looked better than when I saw him last year, and he even threw a change. Two runs allowed aside, he looked promising.

The Dodgers offense sucked, though they did get eight hits, led by Matt Kemp‘s single and double plus Carl Crawford‘s three singles. However, the team didn’t walk and struck out 10 times.

Honestly, the only highlight for the Dodgers was this fan, who not only stayed until the end but showed more #Want than the players seemed to have.

Can’t wait until this nightmare streak of consecutive games is over.