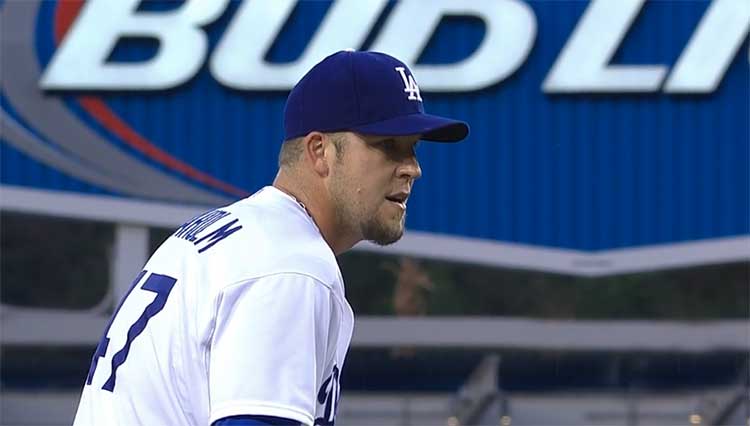 I mean, am I really going to analyze that one in some sort of serious manner? I haven’t really watched Family Guy in years, but I used to back in the day, and this kind of reminded me of the bit they’re maybe most famous for — taking a semi-funny joke, keeping it going too long so that it becomes awkwardly uncomfortable, then keeping it going so long that it comes all the way back around to being funny again.

That’s what this game was. It started out being lousy, then it got painful, and then it just became hilarious, to the point that I was actually disappointed when Paul Maholm got yanked because I wanted to see him throw 195 pitches, and then have Drew Butera come in to relieve.

It should go without saying that Maholm was horrendous, because it was just earlier today that I was referencing his status as potentially the worst starting pitcher in baseball. He didn’t do a whole lot today to refute that, though I suppose I enjoyed his 58 mph eephus, striking out zero — of course — and allowing 10 — 10! — runs. Maholm had absolutely nothing, and has had absolutely nothing for the entire season. I’m not sure if Hyun-jin Ryu will be ready by the time Maholm’s spot next comes up, but I also don’t think it matters. Red Patterson, Stephen Fife, Matt Magill or whomever else you want can step in. I can’t see Maholm starting again. I’m not sure I can see Maholm pitching again. In 40 innings, he has a 14/18 K/BB.

Of course, only five of those 10 runs were earned, which both points to the problems with ERA in general and to the fact that the Dodgers really did little to help him out. That’s mainly referring to the absolutely killer error that Dee Gordon made with the bases loaded and one out in a scoreless game in the second. Ideally, he makes the play and turns two before damage is done; at the very least, he gets one. And it’s not like Carl Crawford doing this helped a lot, though he later homered.

But again, Maholm was serving up meatballs tonight. The defense just made it look even worse than it was. It should be noted that Chris Perez didn’t help much by giving up a three-run homer to Jeff Mathis, and Brian Wilson didn’t look great and… wait, am I really talking about this like it was a real game? Chone Figgins was playing shortstop by the sixth inning. Let’s just forget this ever happened. Let’s forget Paul Maholm ever happened. At least Yasiel Puig kept his hitting streak alive, breaking up the shutout by knocking in Juan Uribe.

Anyway, and yes, I already made this joke on Twitter, but what the hell: Nomar, give us your recap, please. 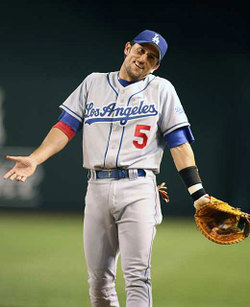 Oh yeah, Drew Butera pitched and I (THIS IS CHAD) will have more on that in the morning.

Mike writes about lots of baseball in lots of places, and right now that place is MLB.com.
@mike_petriello
Previous Marlins @ Dodgers May 14, 2014: Welcome Back, A.J.
Next Introducing Drew Butera, Relief Ace