Dee Gordon was terrible and something had to change.

This past off-season, Dee found position changes waiting for him, which seemed to signal that the Dodgers were priming him for a super utility role. But Dee spent the off-season lifting and learning how to play second base, and when the opportunity to earn a regular job presented itself, he took it and hit the ground running. Now he’s an All-Star with constantly improving defense to go along with an OPS ~100 points above his career averages despite recent struggles.

I initially chalked up his improvement at the plate to just getting stronger in the off-season and finally being able to utilize all the tools he has. But while I was doing research for my article on Matt Kemp‘s stance, I found that Dee also looked very different at the plate earlier in his career. 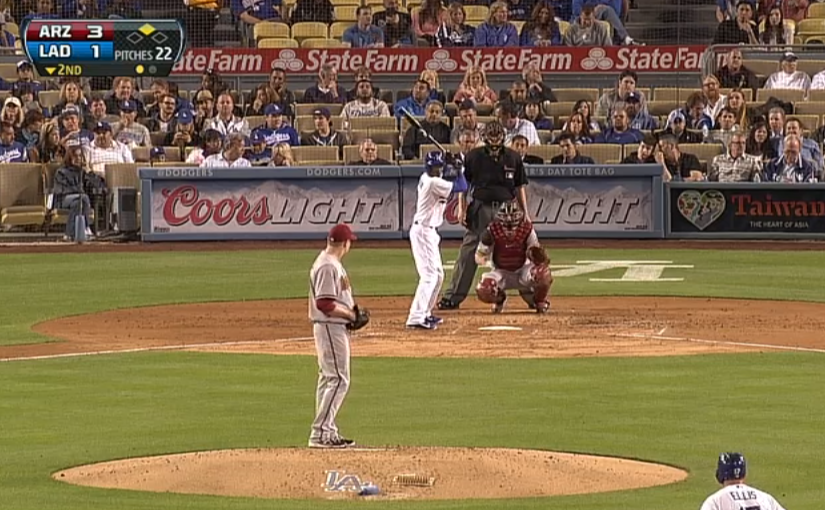 Don’t find anything different? You shouldn’t. Just note his straight up-and-down posture, his even stance with his feet, and that his hands are held high near the top of his helmet. 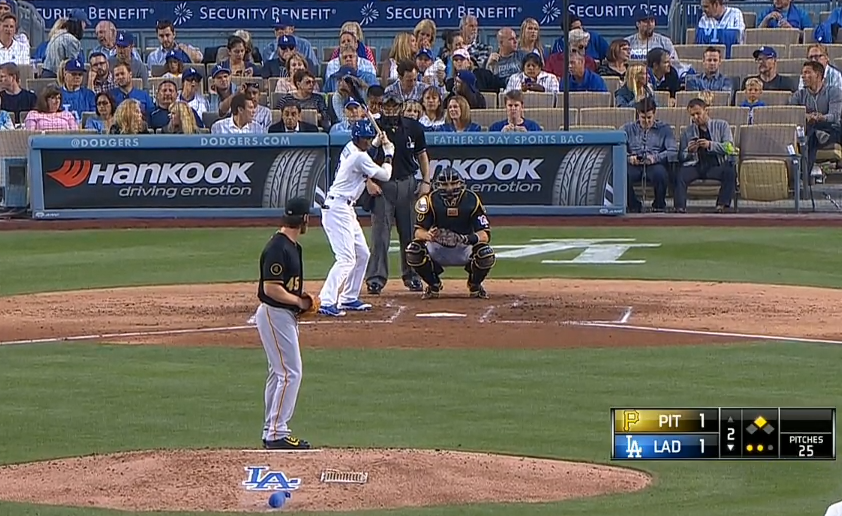 A stark difference. Dee opened his stance a bit, holds his hands lower, and has a pronounced crouch now.

I think this has helped him this year for multiple reasons. For starters, it’s easier for him to get into his ideal bat path now. In his current setup, he’s basically already in his launch position, but in previous years, he had more movement with his hands and his head level would change as he strode forward into a more athletic position. Gordon’s ideal bat path is actually quite linear and flat, leading to his ground-ball tendencies, but they’ve become more pronounced this year, along with an increase in line drives. Already an extreme ground-ball hitter — he entered the season with just 22% of balls hit in the air and a GB/FB ratio of 2.5 — Gordon has become even more extreme in 2014, hitting just 19% of balls in the air and carrying a GB/FB ratio of 3.1.

Another advantage to his new setup is that by opening up his stance and dropping his hands — along with him adding strength through off-season work — he’s now able to get to inside pitches with authority. Previously, it was even easier to go after Dee on the inside portion of the plate because there was no threat that missing over the middle a bit would hurt.

As it stands now, Dee has set a career-high in homers (with two!) and leads the league in triples, primarily because of his pull power to the gaps.

Don’t get the facts wrong, though, Dee is still most effective going the other way or up the middle, but now there’s at least some risk that damage could be done by going after him hard inside. While Dee had previously posted about a ~.270 wOBA when pulling the ball, he’s up to .303 in 2014.

So if it’s not his batting average, you know it’s the walk rate and the power. The former is still a major concern, in general, but the decline of the latter seems tied to stance changes he’s made recently.

Basically, my concern is that he’s regressing into old habits. Here’s Dee in April of this year against the Giants: 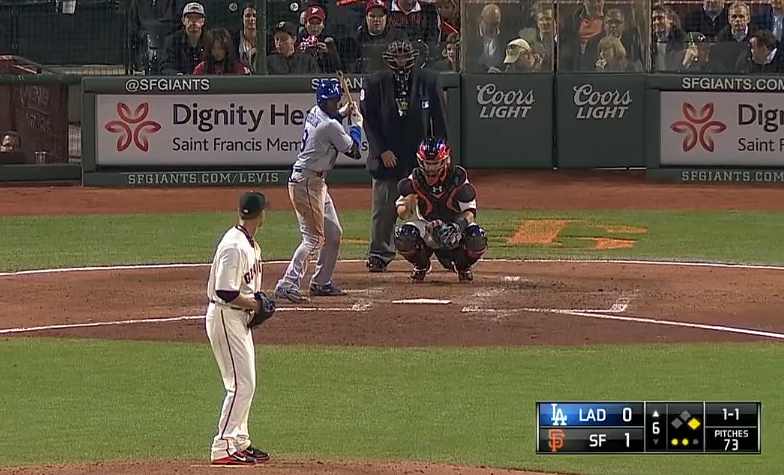 Gordon’s in the more compact, athletic setup that I discussed earlier.

But now take a July game against the Giants and look at his setup: 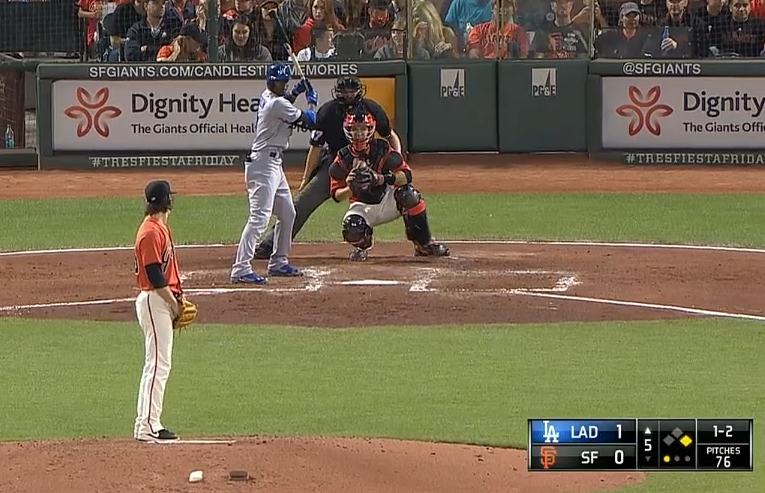 Dee’s hands are the same, but he’s now in a much more rigid, up-and-down stance.

Of course, I guess it wouldn’t matter a ton if everything was going smoothly, but here’s his batted ball distribution chart up until July: 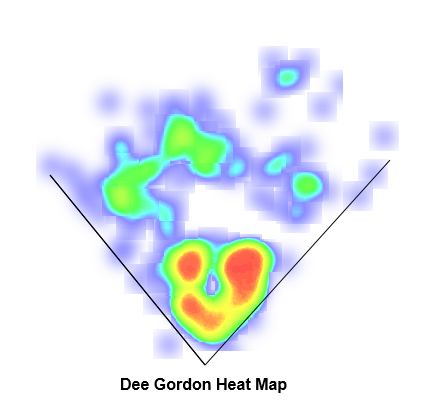 And here it is from July on: 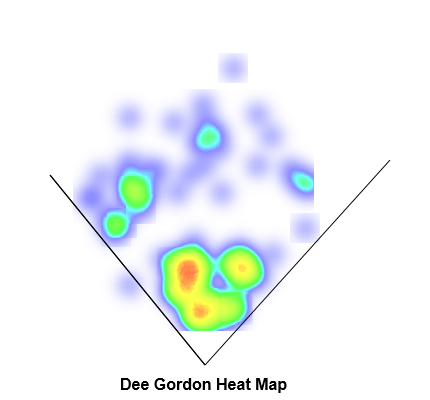 Besides the general batted ball distribution, where he’s hitting the ball hard has changed drastically.

In the first half of the year, Gordon pulled nine triples, two homers, and six of his 13 doubles. Since, he has one triple to center and only one of his five doubles have been pulled. Perhaps most telling is that the most frequent place Gordon used to line out to was first or second, indicating that he was pulling the ball hard. Now? He’s lining out to third on the infield almost exclusively.

Maybe there was a reason behind Dee altering his stance again, but I would be surprised if it happened on purpose considering how he was rolling and doing a lot of damage early in the year. The general philosophy in baseball is that if it isn’t broken, don’t fix it, so I have to assume that the recent changes are a gradual regression to old habits more than anything.

Mechanical changes helped pave Gordon’s path to success early in 2014, and a switch back to his first-half ways could be the key to his success for the stretch run in 2014 as well. And it’s important that Dee gets back on track, because he’s an explosive player who can generate runs in an instant for an offense that struggles to score in bunches due to a lack of power.

Overall, it’s just a bit worrying that Dee has recently looked more like his old self than ever, because he changed coming into this year for a reason.

"A highly rational Internet troll." - Los Angeles Times
@ChadMoriyama
Previous What Is The Plan For Joc Pederson In September?
Next Zack Greinke’s elbow a ‘creeping concern’ for Dodgers as his command deteriorates