So about all that Dodgers front office ‘Geek Squad’ stuff

So while I was sleeping yesterday, wishing that sinuses never existed, there was a bit of a mess happening regarding an article by Steve Dilbeck of the Los Angeles Times. The mess was primarily about the Dodgers hiring Athletics assistant GM Farhan Zaidi, and Dilbeck saying the Dodgers’ front office has now become a ‘Geek Squad’, later inferring that this collection of “geeks” was doomed to fail because of Paul DePodesta‘s stint with the team.

The rationale is flawless.

The nerds have officially taken over the world. Just give into it. All those guys who used to sit in the back of the classroom with their black horn-rimmed glasses, pocket calculators and clothes their mommies picked out?

And it continues on and on, because Dilbeck — who in the matter of a year has turned from ‘willing to learn and engage as a blogger’ guy to ‘pandering to morons with trolling more consistently than Bill Plaschke does’ guy — allegedly just can’t wrap his head around the switch in philosophies.

DePodesta – pleasant, well-meaning and overmatched — lasted 20 months before McCourt fired him and hired Colletti. During his days with the Dodgers, DePodesta sometimes was referred to as “Google Boy.” And Beane liked to say he was more concerned about losing Zaidi to Google than another team. That connection doesn’t make you nervous?

I think this makeover is especially confusing since the Dodgers didn’t win much with the last sabermetrics guy but won so many World Series since. Must be it.

Either way, if the Dilbeck article so far has read like a fill-in-the-blanks anti-sabr rant, the rest of it is much of the same.

The Dodgers have been undergoing an amazing transformation the past few weeks, going from a mostly old-school front office to one brimming with guys who know “analytics” and “sabermetrics,” which I think are the same thing, but I’m not taking any chances.

The Dodgers have formed their very own Geek Squad. Not exactly sure how much baseball wherewithal they actually have, but I know where I’m taking my laptop the next time it has a virus.

Zaidi has a bachelor’s from MIT and a doctorate (corrected) from Cal, both in economics. Forget my laptop, I’m wondering if he does tax returns.

Collaborative suggests different points of view, which I’m not certain you’re going to get from this group unless the debate is over the best PC processors.

This is just stealing one of Bill Plaschke’s old articles back from when they were trying to get DePo fired, right?

But this “they’re all nerds” stuff is later made even more odd when Dylan Hernandez of the same paper runs this story on Andrew Friedman.

“His senior year, he started in center field,” Russ said. “He was a leadoff hitter. He was aggressive, tenacious. He could get things going for you.”

That was the reputation Friedman took to Tulane University.

“He was very aggressive, very popular with his teammates because of the kind of person he was and how hard he worked,” said Rick Jones, who was then Tulane’s coach.

Jack Cressend, a teammate who later pitched in the major leagues, recalled Friedman as a “gritty, gamer-type player.”

“He’s not one of these guys that had no baseball background as a player or otherwise and came into the game and thought they were going to reinvent the game, show everybody else how smart they were,” Hunsicker said. “It was clear from the beginning of our relationship that he has as much respect for me that I had for him. He wanted to take the best nuggets from the traditional aspects of baseball and incorporate it with other ways to skin the cat.”

“Great people skills,” Maddon said. “You can go drinking with him. He loves sushi, likes to go out, have fun, let his hair down.”

I mean, that makes the whole ‘Geek Squad’ article not only pointless but flat-out inaccurate as well, much like when people say “nerds” such as Billy Beane should never be a GM cause they need to realize humans play the game. 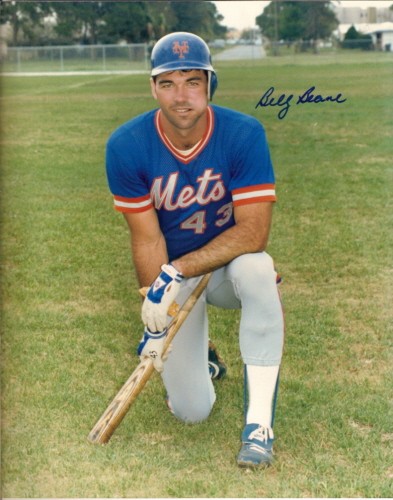 As far as refuting articles like the ‘Geek Squad’ one in detail, is it really necessary anymore? Is it even worth a Twitter meltdown or whatever people were doing at the time?

Look, when I first started blogging back in 2007-08 or so, I used to do the Fire Joe Morgan-style pieces like a lot of people did. But those have gradually died out over time, mainly because there’s not a ton for sabr advocates to prove to anybody that matters anymore.

Sure, here and there I’ll critique a specific foolish suggestion and try to tear it to shreds, but nonsensical sabr hit pieces? Meh. Because the reality is that this alleged war between numbers and scouting only exists within the realm of fans and writers. In the front offices of MLB teams, that war is over and has been over for a while now. All teams have analytics guys (yes, even Ruben Amaro Jr. had it forced on him), so I don’t see the point in caring about this stuff other than to point it out so people who know better (like … anybody that can read) can have a laugh.

Let’s all just go with that.