The Dodgers lost 10-6 to the Diamondbacks tonight in a game that involved Dodgers starter Mike Bolsinger probably having to poop, an interference/non-inference by a fan that should’ve left to go poop, and the Dodgers bullpen that shit the bed.

It all started off promising before the poop started to creep in/out by the fourth batter of the game. Former Dodgers farmhand Allen Webster started a Dodgers rally all by himself by walking the first two batters he faced on eight pitches. He then got Justin Turner to swing at a strike (WHY?!) and then promptly hit him to load the bases. Webster then proceeded to throw two balls to Adrian Gonzalez, which means to that point he had thrown 11 balls and induced one swinging strike … so obviously swing away and ground into a double play. A run scored, but the threat ended after a fly out left the Dodgers with only one run.

Besides that curious decision, the offense might’ve cost themselves another run with a baserunning blunder in the top of the third, when a huge Yasiel Puig chopper back to the pitcher made it an almost impossible play at first, but Turner at third sat in the midway point between third and home instead of committing either way and got caught in a rundown. The Dodgers are second to last in baserunning in the MLB.

In the fourth inning though, the offense came through with three solo homers by Andre Ethier, Yasmani Grandal, and Joc Pederson.

Also, by some miracle, in the top of the seventh with the bases loaded and one away, Jimmy Rollins came through with a two-run single to right. But even that rare occasion had to end with Grandal getting thrown out at third for … reasons.

Unfortunately though, this was the Bolsinger diarrhea game or something of the sort, where Stan Conte had to go out and play smell my finger to make sure Mike was still in it.

Bolsinger pitched four scoreless innings while giving up just three hits and striking out four before having to exit, and while he may have found relief after his departure, the Dodgers sure didn’t.

Joel Peralta, Yimi Garcia, and Juan Nicasio each gave up two runs in their appearances. The two-run dinger Peralta surrendered was clear as day, but the two-run game-tying homer Yimi gave up was much more questionable. 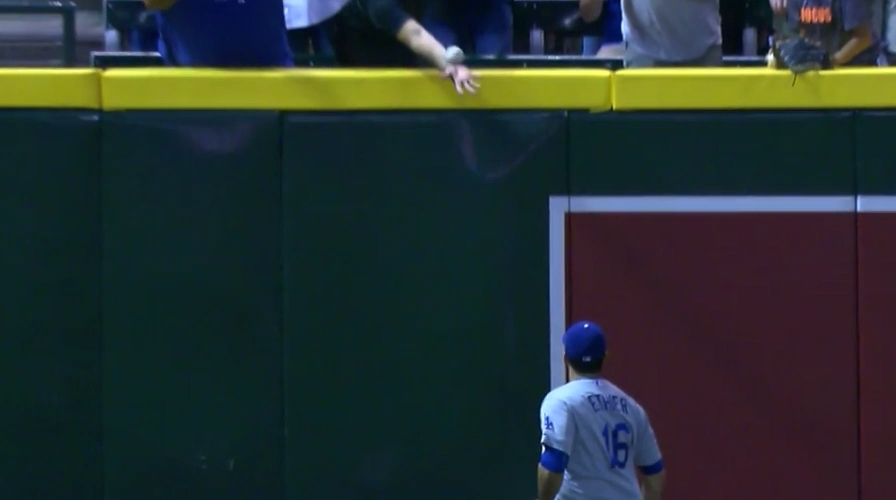 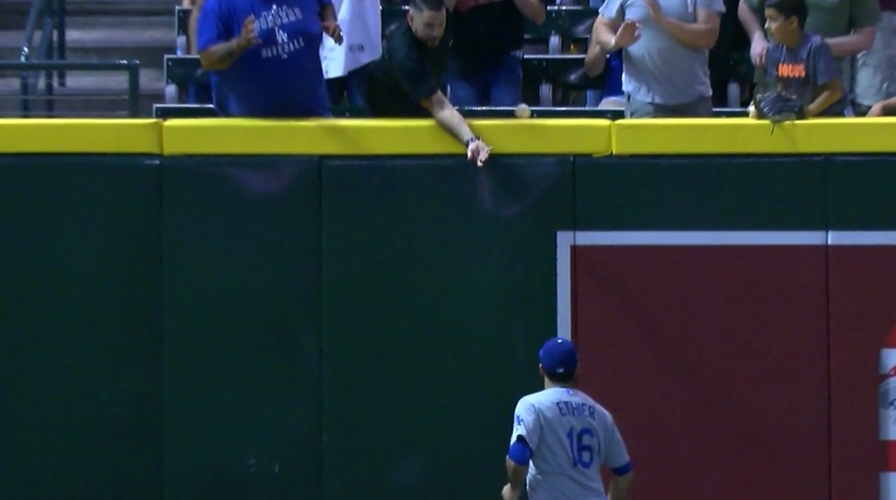 Given how the fan had half of his arm over the fence, that it hit him on the wrist, that it deflected upwards, and that it STILL barely cleared the wall, I’m not sure in what world that could possibly be ruled a homer, except by the MLB replay crew, who did just that.

For Nicasio’s part, it wasn’t him that gave up the lead the Dodgers fought to get back, but rather Adam Liberatore, who entered and gave up the game-tying triple, intentionally walked a batter, and then gave way to Pedro Baez who mercifully stopped the bleeding by striking out Yasmany Tomas.

That too didn’t last long though, as in the next inning Baez proceeded to walk the lead-off man, gave up an RBI double, and then threw away a bunt to put the Dodgers in a two-run deficit. Later in the inning, a D-Backs single brought home two more runs off J.P. Howell, basically ending the game.

Is it even legal to lose a game in which Rollins comes through with a big hit? Well, it shouldn’t be.

At least Grandal singled while wearing the wrong helmet. 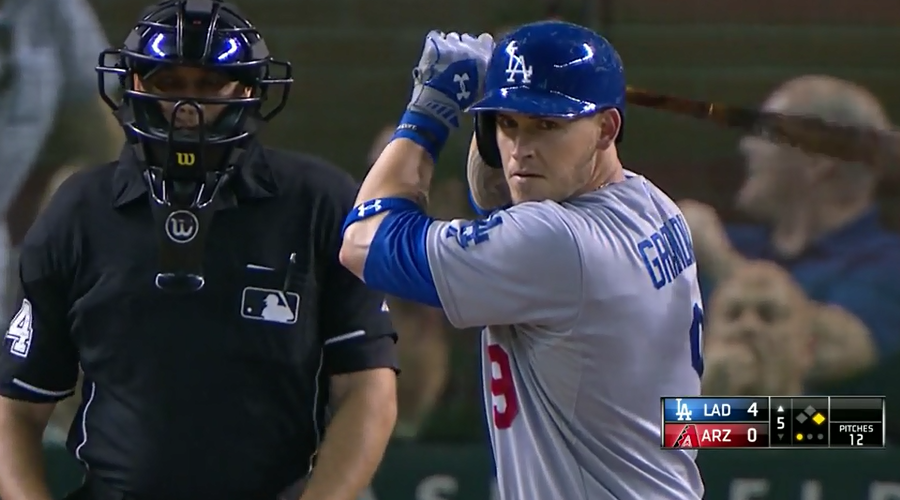