Things started off relatively well for Julio Urias and the Dodgers, but he and the offense faltered in Thursday’s 7-2 loss in Chicago at the hand of baseball’s best team.

It wasn’t all bad for Urias. He showed improved control by allowing just one walk and striking out four. His command wasn’t spot-on, but it was much better than his first start, as he made 79 pitches, 57 of which were strikes. Here’s the breakdown from Brooks Baseball. 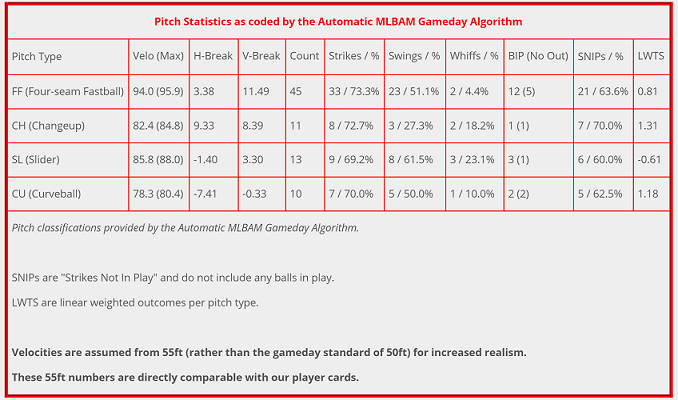 The good here: 10 percent swinging strikes, less reliance on the fastball (70.4% vs. 57%), maintained great average velocity (94 MPH), mixed in all his off-speed stuff rather equally to see what worked.

He also got BABIP’d early on.

As a result, the Cubs led 2-0 after the second inning. This is the very definition of baseball, but it sucks to happen to a kid in just his second start.

This is something that might be an issue early in Urias’ career because of the way he was coddled (to use my word) in the minors.

It’s harder to pitch in the majors than Triple-A, obviously, but 10 PAs the third time through in eight games is ridiculous. It might have been good to get him some work on that in Triple-A … or even Double-A. It’s a novel concept, I know.

And this seems like an overreaction, considering the state of the Dodgers’ starting pitching.

But it wasn’t all on Urias. The offense was poor once again. Aside from a Trayce Thompson home run (98 MPH, 375 feet, 32 degrees) and a Corey Seager sacrifice fly (which barely counts), the Dodgers couldn’t muster anything else.

This is going to be a problem going forward. I know the Cubs are great, but the inconsistent offense isn’t going to fly the entire season. The pitching staff can only do so much.

Dustin Nosler began writing about the Dodgers in July 2009 at his blog, Feelin' Kinda Blue. He co-hosted a weekly podcast with Jared Massey called Dugout Blues. He was a contributor/editor at The Hardball Times and True Blue LA. He graduated from California State University, Sacramento, with his bachelor’s degree in journalism and a minor in digital media. While at CSUS, he worked for the student-run newspaper The State Hornet for three years, culminating with a 1-year term as editor-in-chief. He resides in Stockton, Calif.
@DustinNosler
Previous Dodgers @ Cubs June 2, 2016: Julio Urias, take two
Next Dodgers need offensive upgrade, but the solution isn’t obvious