The Dodgers fell to the Giants tonight, 4-0, thus preventing a series sweep of their rivals. An unfortunate ending to what is still a series win, even though Corey Seager reached twice via a single and walk while Yasmani Grandal also reached twice on walks.

Doubt anything else significant happened besides Shawn Zarraga showing up. 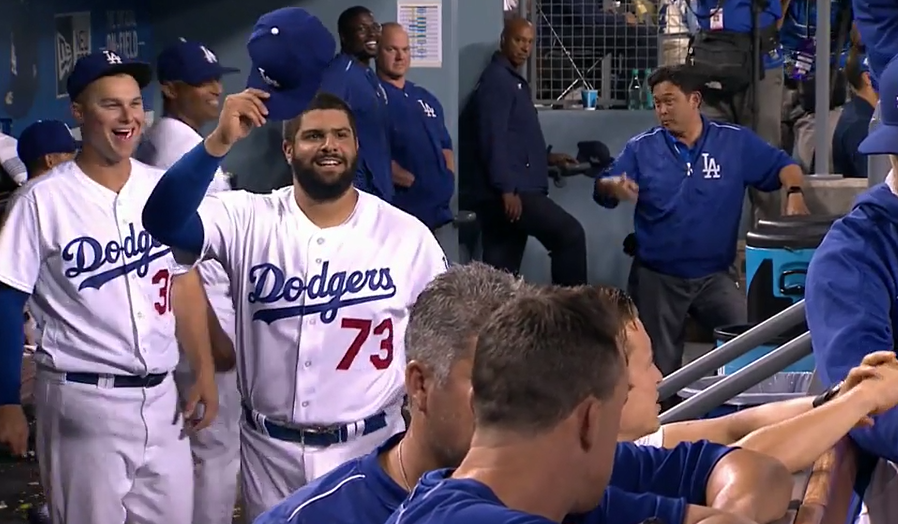 Ross Stripling wasn’t great, but did an admirable impression of Kenta Maeda from the first game of the series, giving up three runs in five innings. Grant Dayton took over and got an inning, but allowed an unearned run thanks to the opposing pitcher getting completely sawed off and Justin Turner failing to make a tough barehanded play. Jesse Chavez got two scoreless innings himself, and J.P. Howell repeated the feat for an inning of work.

Obviously though, when the offense doesn’t score it doesn’t matter much.

Understandably fans connected this to the departure of A.J. Ellis, and there’s going to be hot takes galore about how this or that has ruined the team, but Tim Brown of Yahoo! Sports said it best about that stuff for me.

It sucks, but all the extra that comes with it is going to be just as nauseating.

With the loss, the Dodgers fall to 71-56 on the year and 40-25 at home. Most importantly, the lead in the NL West has been cut to 2 games, but the Dodgers still won the series at least.