End this game so I can post the recap.

Or conversely, I am the best blogger ever and got the Dodgers the win.

After the Dodgers fell behind by six runs with just two innings to play, the offense mounted a frantic comeback in the final two innings, scoring eight runs to best the Rockies by a score of 10-8. With the win, the Dodgers managed to split the doubleheader and avoided being swept for the first time since April when they dropped four straight to the Marlins.

They still played less than ideal, but goddamn if this one doesn’t feel great.

Initially, everything actually seemed wonderful. After getting shutout earlier today, Chase Utley led the game off with a dinger.

Jeff Hoffman even did this. 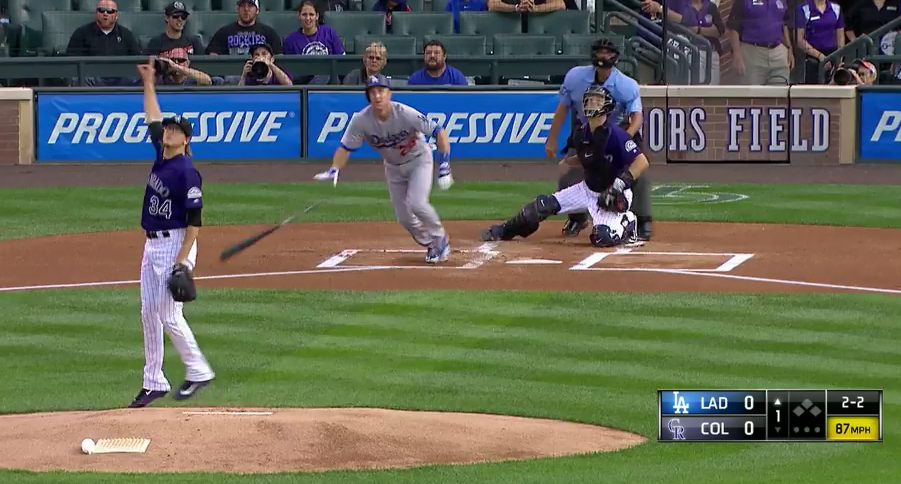 Made everything worth it.

But then immediately everything also went to shit.

Bud Norris had a disaster start, lasting just three innings, and giving us ‘Bad Norris’ in the spirit of the recently departed Pedro Baez‘s ‘Petey Bad’. His first inning of work was a masterclass of ‘This Is Fine’, as he got an out to start but then walked back-to-back batters.

“Well, he can still get out of it with no damag…”

The next batter singled to left and scored a run on a play where Norris oddly cut the ball off when Yasmani Grandal clearly thought there was a play at the plate.

“Well, as long as he can minimize th…”

Norris then walked the bases loaded.

“Well, maybe he can just get a grounder against a rookie and…”

Norris gives up a grand slam and the air is taken out of any momentum the Dodgers seemed to have gotten.

In total, Norris gave up six runs (five earned) on six hits and three walks. The unearned run came when Josh Reddick let a single to right-center get under his glove for an extra base and then Corey Seager ole’d a grounder at short to allow the run to score.

The offense did get a second run in the second after Andrew Toles doubled off the wall in right center to score Grandal from second (walk), and Hoffman did it yet again. 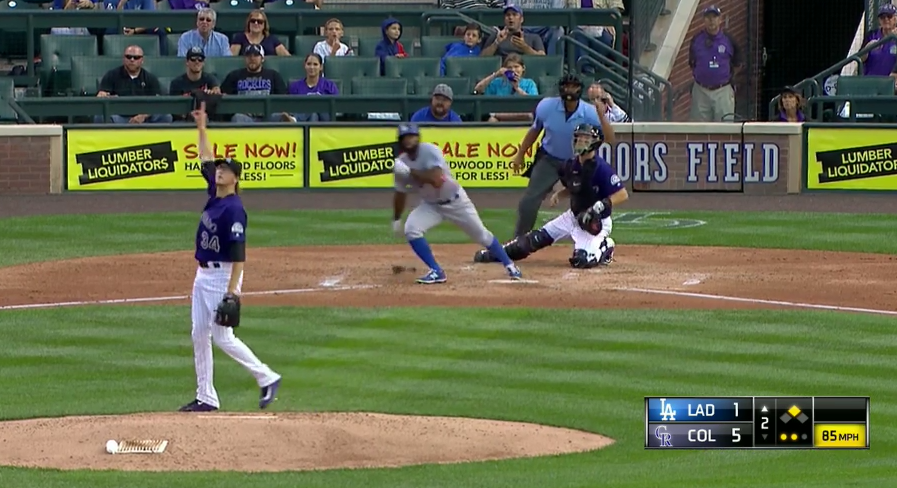 The non-Joe Blanton bullpen unit (Grant Dayton, Jesse Chavez, Luis Avilan) got four innings of scoreless ball, striking out four and allowing just one hit and one walk. Unfortunately, Blanton did pitch and gave up a two-run ding dong to Nolan Arenado in his inning, and that put the Dodgers down 8-2 entering the eighth.

But I guess that just meant the Dodgers had them where they wanted.

The rally for the offense started with one down in the eigth, as Adrian Gonzalez and Yasmani hit back-to-back doubles to score a run (8-3), and Reddick then walked. Joc Pederson then singled to right (8-4) to score one and Toles singled to center to load the bases. In a depressing turn of events, Howie Kendrick hit the hell out of the ball to right but it resulted only in a sac fly (8-5). Utley then had a helluva eight-pitch at-bat, but it ended on a grounder up the middle for an out on a smooth defensive effort.

At that point, it sure looked like the Dodgers were dead in the water again. Even after Seager led off the ninth with a walk, Justin Turner struck out and A-Gon lined out hard to the shortstop for two outs. But then Grandal kept the game alive with a single to left, and Reddick notched his first RBI as a Dodger on a single of his own (8-6) to score a run. Some belief was setting in, even though the task still seemed rather impossible. Then, after a Joc walk to load the bases, Toles walked up and hit a 1-1 pitch to the opposite field for a game-winning go-ahead grand slam.

Unreal is the only way to describe that. 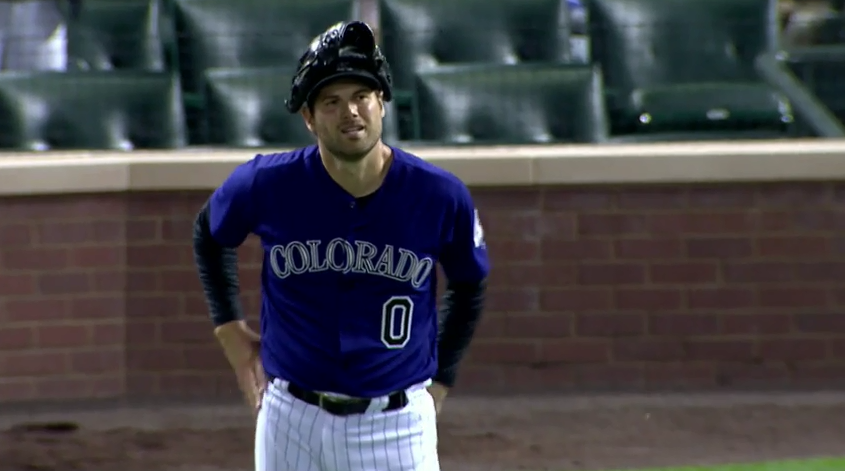 I am good at reverse jinxes.

I am very good at this. pic.twitter.com/1KK2dkOY1i

Was the dugout pumped? Just a tad.

Of course, they needed to close out the game for it to mean anything, and Kenley Jansen did just that in the ninth, allowing a single but striking out the side to make sure this wasn’t going to be the worst loss ever.

The win gets the Dodgers to 74-59 overall and 32-33 away from home. With the Giants win today, the division lead is now 1.5 games, which is ridiculous considering how close they were from going home up only 0.5 games.