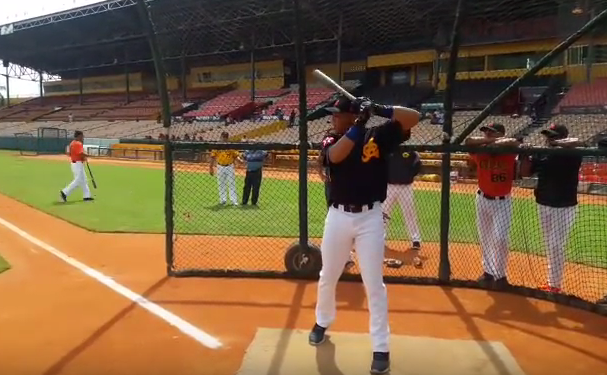 If it wasn’t obvious enough from the fact that reported Dodgers signing Jose Miguel Fernandez would be coming over on a minor-league deal, then the fact that said deal is for $200,000 should put an end to questions about whether the sorta second baseman, sorta third baseman means the Dodger are out on Brian Dozier of the Twins.

Cuban infielder Jose Miguel Fernandez is nearing a Minor League deal with the Dodgers, sources told MLB.com’s Jesse Sanchez on Sunday. The club has not confirmed the report. Per Sanchez, Fernandez’s signing bonus is worth around $200,000.

When the deal was announced, a lot of fans on both sides (but especially Twins fans) assumed that the Dodgers got Fernandez as their second baseman for next year and grew tired of the Dozier trade talks, but the contract type and amount of the deal suggests that was anything but the case, with him more likely seen as a utility infielder and maybe a lottery ticket as a potential regular or trade chip.

Deals for talented bat-to-ball guys with excellent ability to control the strike zone for $200,000 really can’t be complained about, and given that the Dodgers infield depth is not brimming with talent right now in the minors (Rob Segedin, Chris Taylor, Micah Johnson), this signing makes sense with the state of the current roster, Dozier or not.

Plus, Ben Badler of Baseball America has been optimistic on Fernandez this entire time, and thinks the Dodgers might’ve got a bargain.

Fernandez stands out for his excellent strike-zone discipline and contact skills with a short lefthanded swing, which led to high OBPs playing in Cuba.

At 5-foot-10, 185 pounds, Fernandez doesn’t do anything flashy, relying on his ability to control the strike zone and put the ball in play with good plate coverage and below-average power. Fernandez’s swing isn’t the most conventional—his back foot will slide out from underneath him, costing him balance—but he has the bat control and hand-eye coordination to square up fastballs, is able to keep his hands back to adjust to breaking pitches and hangs in well against lefthanded pitching.

The defensive question marks and rust appear to be the main concerns, but since there’s a lot of potential value in a utility guy and $200,000 is barely anything nowadays, the gamble seems to make sense given the scouting reports. Still, there’s no indication (nor should there be) that this impacts the trade talks with the Twins over Dozier at all, and so we continue to wait on that front.