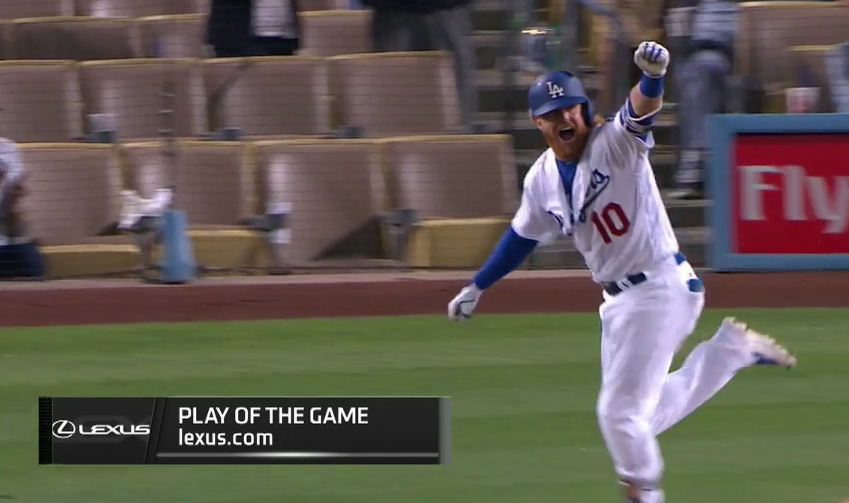 Everybody knew that Justin Turner wanted to remain a Dodger, but he was still a coveted free agent in a weak free agent class and was set to finally cash in on what might be his one big payday. That reality plus the fact that the Dodgers seemingly had tough decisions ahead when it came to payroll gave us all concern that he would be wearing a different uniform next year. However, in the end he re-signed with the Dodgers without making much of a mess about it, and thanks to Buster Olney we now know exactly how much he wanted to remain a Dodger and how he never tried to hide it even for negotiation purposes.

Teammates knew that Justin Turner wanted to stay with the Dodgers. In fact, he didn’t bother pretending that he might seriously consider offers from other teams. Turner never cleaned out his locker after the close of the 2016 season and continued to work out at Dodger Stadium.

That goes a long way to explaining why a guy who seemingly should’ve gotten at least $80 million came back for $64 million, and why Dodgers Digest along with seemingly everybody else thinks the Dodgers ended up with a bargain.

There was even some concern that Turner being underpaid and the lack of a market developing was some kind of sign that other teams and/or JT and his agent knew something about his health or ability that the rest of us didn’t, but it seems clear at this point that those concerns were unfounded.

Justin Turner simply wanted to be a Dodger, and I’m certainly thrilled that was the case.