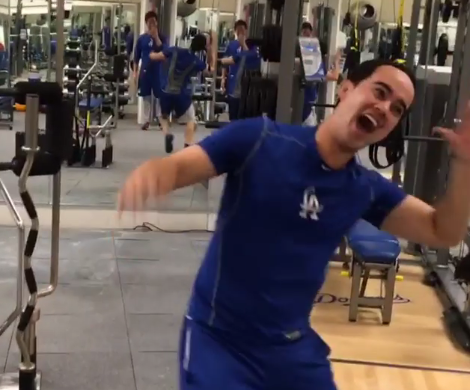 Kenta Maeda has been a significant source of fun in the off-season, ranging from him clowning on young kids while dressed as an old man to his futile attempts as an artist, and that trend continues with him torturing translator Will Ireton.

Will at least appears as a willing participant initially, as Kenta takes video of him giving a performance of AAA‘s “Yell” while in the Dodgers weight room.

Not so for the latest two videos, which feature Kenta scaring the hell out of Will.