Dodgers 3, Padres 1: Rich Hill and the bullpen combine for the win 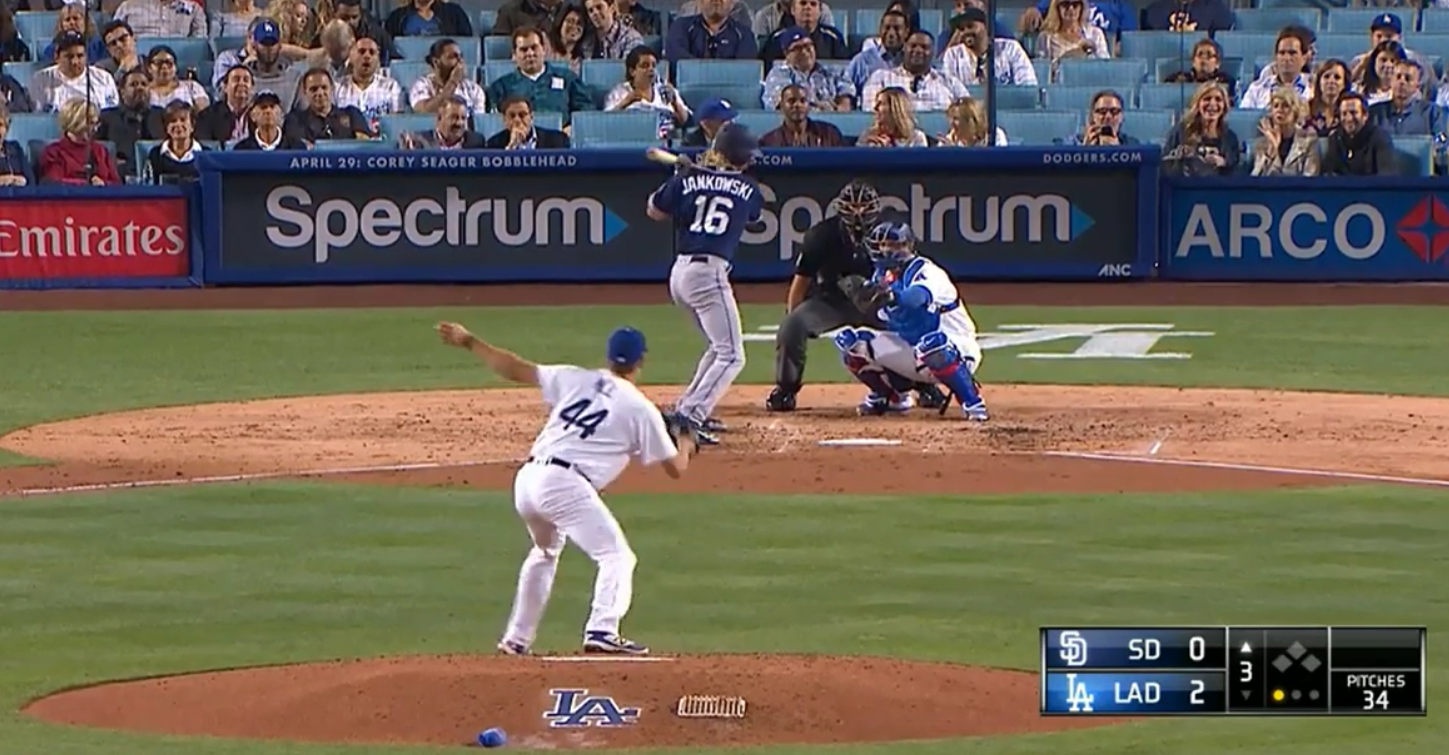 Given his struggles in Spring Training, Rich Hill got off to an inauspicious start by walking the first batter he faced. Fortunately, he settled down and ended up going five innings, allowing only two hits and three walks, while striking out five. The only run he surrendered came in the fourth when Hunter Renfroe took him deep immediately after Wil Myers got picked off.

Rich can pitch until he’s 60 as a LOOGY if he wants.

One of the most extra men in baseball.

While he wasn’t necessarily sharp, Hill never really looked in trouble either. The only reason he only went 75 pitches is because of a managerial decision.

Rich Hill is done after 5 IP. Dave Roberts had said Hill would be working in slightly shorter stints than the other starters to start year.

After being shutout last night, the Dodgers got things started early in first inning. There were two outs with Corey Seager on second (double) when Adrian Gonzalez traded places with him.

Then Logan Forsythe hit what seemed like a routine grounder to third, but Myers just completely whiffed on a normal catch, allowing a second run to score.

Despite what looked like another offensive outburst, the Dodgers didn’t do much the rest of the way. When they were shutout yesterday, the offense managed five hits and two walks, while today they got just six hits and three walks.

Thankfully, at least Yasiel Puig yanked a dong down the left-field line.

The bullpen managed to make it stand up. Sergio Romo made his Dodger debut, which will never not be weird. While it went as a scoreless inning, he gave up three rockets in a row, but fortunately two of them found waiting gloves. Alex Wood, on the other hand, looked like the move to the bullpen made him a back-end arm. Over two scoreless innings in which he allowed just a walk, he sat 93-95 mph and showcased a sharp breaking ball and average change that played up.

My body is ready.

Speaking of bodies being ready, Kenley Jansen made the ninth look way too easy, mowing down the middle of the order 1-2-3 on just eight pitches to nail down a 3-1 victory.

In yup-this-is-the-Dodgers news, Hill is getting an x-ray on his wrist after he was hit by a pitch while hitting.

Roberts said Hill's getting X-ray on wrist, thinks he'll be fine – "1st thing he said when we went to check on him was his on-base is 1.000"

Probably will be fine.

With the victory, the Dodgers move to 2-1 on the year and prevent my mentions from being ruined by panic.

The Dodgers play the Padres again tomorrow at 9:10 AM HDT/12:10 PM PDT/3:10 PM EDT in the finale of the four-game set looking for the series win. The Dodgers will send Brandon McCarthy to the mound against Jered Weaver, who is thankfully a right-handed pitcher.