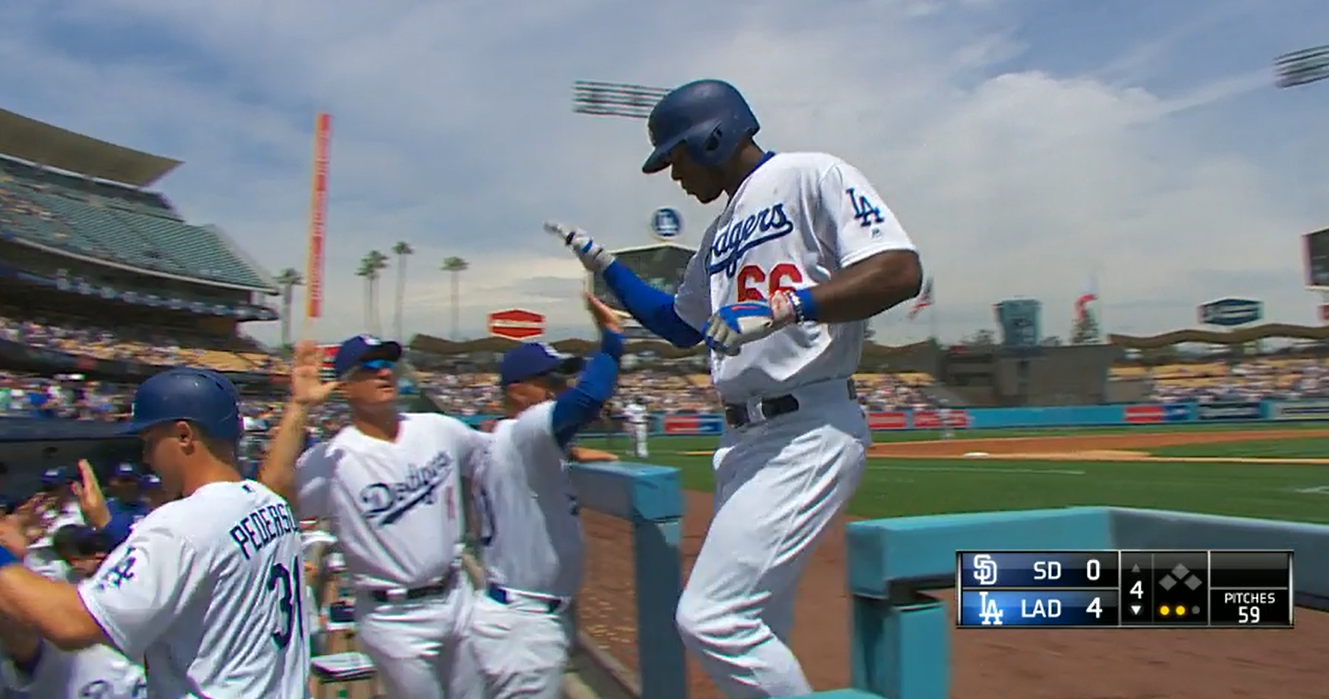 Brandon McCarthy is a question mark in the rotation this year, but he got off to about as quality a start as the Dodgers could’ve wanted, cruising through five innings before surrendering a two-run shot to Wil Myers in the sixth. Still, it was an excellent beginning to 2017, allowing just four hits and a walk while striking out four. McCarthy gave up only the two runs on the homer and threw just 78 pitches before being removed. 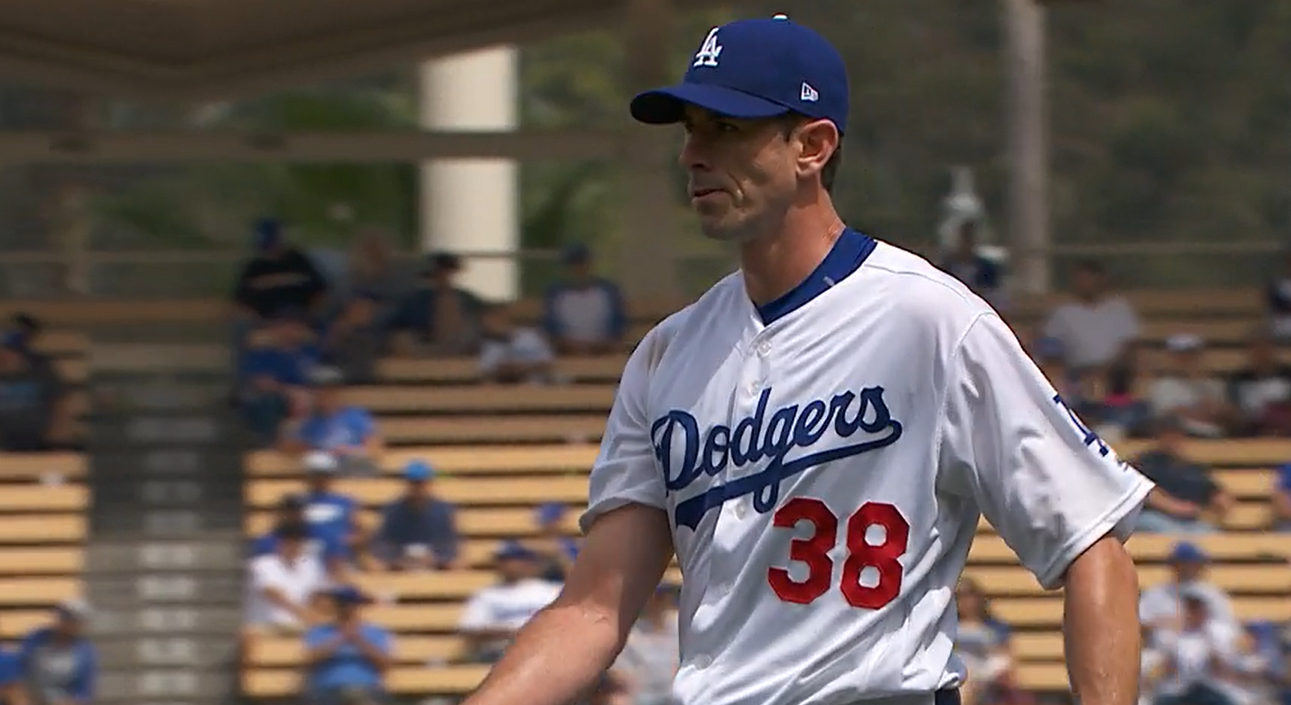 Jered Weaver started the game with an 82 mph fastball, and things didn’t get much faster from there, topping out at 85 mph. That actually seemed to befuddle the Dodgers a bit, who got only three singles and three walks off Weaver … aside from Yasiel Puig.

In the second, the Dodgers got the scoring started behind the bottom of the order, with Chase Utley singling and Yasiel following it with a moonshot homer to left.

A similar act played out in the fourth, when Joc Pederson took a walk and then Puig worked a 2-0 count, after which he hammered a hanging curve for his second homer of the day and a 4-0 lead.

Despite that, the game was still well within striking range thanks to Myers’ blast, so thankfully the sixth inning happened. Puig continued to showcase what he can do by taking a walk to start things, and with one out Enrique Hernandez drove in a run with a double to left center.

After a ground out and a walk by Corey Seager, there were runners on first and third, so the Dodgers tried a double-steal play. Um … it actually worked.

That got the cushion back to four runs at 6-2 for the bullpen, and good thing they did since Luis Avilan was first out of the pen and he tried to give it back. Avilan gave up a single, a walk, and a fly ball to the warning track that was almost a three-run shot, and only avoided giving up runs thanks to this heady Adrian Gonzalez play to get him out of the inning.

Christian Bethancourt pitched the seventh for the Padres, and while I’m really rooting for him to succeed, things aren’t off to a great start. After struggling in his debut, Bethancourt walked four batters in a row today, which pushed a run across the plate. After he was relieved, Seager hit a ground-rule double to drive in two, and then a passed ball scored another to make it 10-2.

An eight-run lead was enough for Dave Roberts to go with Chris Hatcher, and Hatcher made all the worry for nothing, as he set down the top of the Padres order in sequential fashion in the eighth and then only allowed a double in the ninth before closing out the game.

With the 10-2 win, the Dodgers take the season-opening series against the Padres, 3-1, which is obviously now the same record they have on the year.

The Dodgers now get their road season underway, going to Coors Field and playing an early game at 10:10 AM HST/1:10 PM PST/4:10 PM EST. The pitchers will be Hyun-Jin Ryu (at Colorado, okay) against Kyle Freeland, who is unfortunately a lefty. Dude is not a top prospect and is making his MLB debut, so … please hit him.