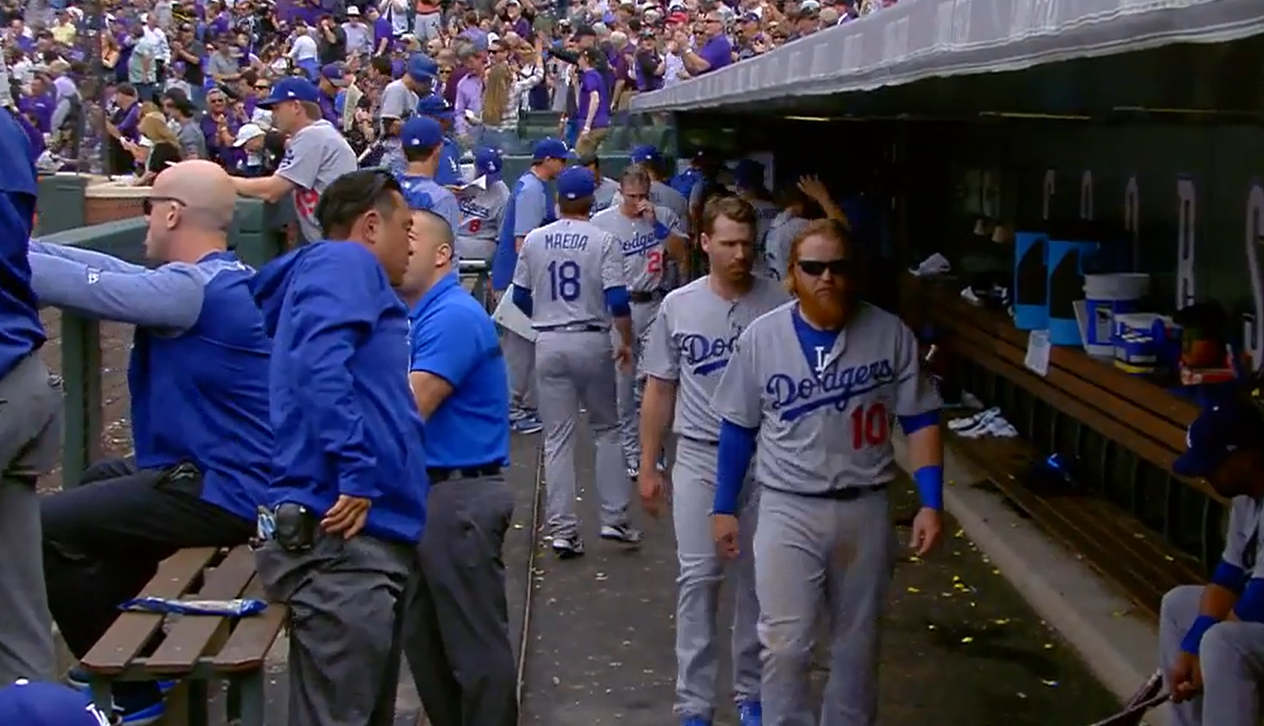 The Blue Crew managed just one run in six innings against Freeland, with that run coming on an RBI ground out by Enrique Hernandez after a Scott Van Slyke lead-off double and Yasmani Grandal tried to bunt for a hit (or at least I hope that’s what it was).

Nolan Arenado didn’t help things by making plays like this:

After not getting much help defensively and suffering from some poor fortune, Hyun-Jin Ryu didn’t make it through five, but that didn’t reflect his effectiveness. He struck out five on the day, allowing just one walk and six hits (four singles, a double, and a homer), and took 77 pitches to get through 4.2 innings.

More importantly, Ryu actually looked like he might have a future in the rotation. Ryu was sitting in the 88-91 mph range, touching 92 mph when he needed to elevate the ball, and he didn’t fade late in the start either. The change-up tunnel mirrored his fastball and looks like a plus offering, while the curve and slider look to be at least average for him. His command faltered at times, but he generally hit his spots. I’m a lot more optimistic about his chances in 2017 after seeing his debut.

Ross Stripling came in and got out of a jam to end the fifth, and then pitched another perfect frame in the sixth before giving way to Grant Dayton. Dayton pitched a 1-2-3 inning of his own and Josh Fields followed with a scoreless inning as well. In total, the Dodgers pen faced 10 batters and set all of them down, six by strikeout.

The Rockies were without their top three relievers against the Dodgers, but it didn’t seem to matter much, as the offense couldn’t get anything going against three innings, managing just five hits and three walks in the game in a lifeless showing that was all too familiar against lefty starters last year.

Um … at least Yasiel Puig made this kissy face at the dugout. 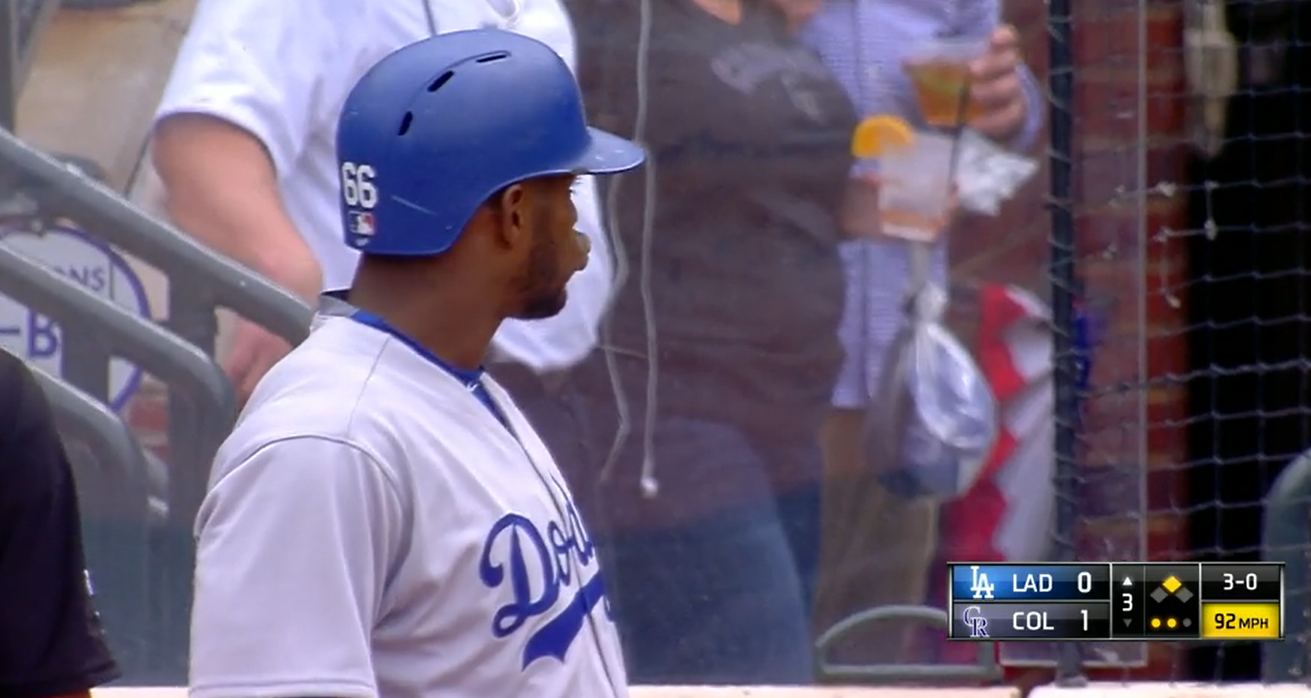 The 2-1 loss drops the Dodgers to 3-2 on the year, and 0-2 against lefty starters, but who’s keeping track?

The Dodgers play the Rockies again tomorrow, and try to even the series at 2:10 PM HST/5:10 PM PST/8:10 PM EST. The pitching matchup will be Clayton Kershaw against Jon Gray, which should be fun at least.