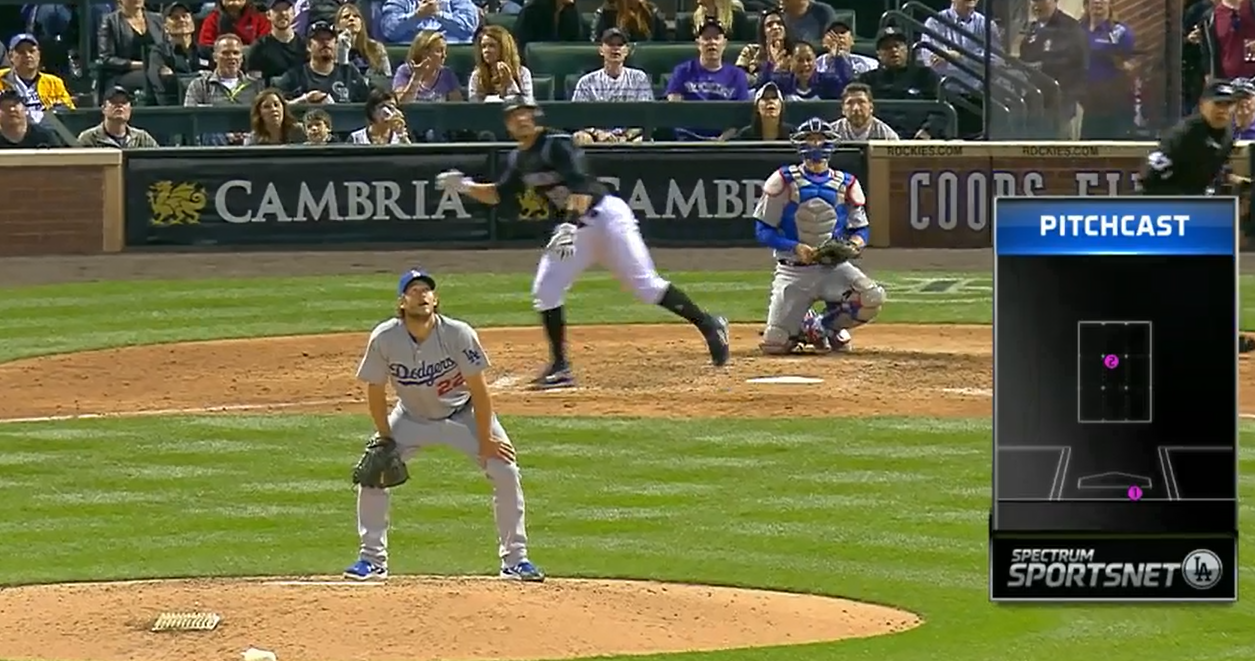 Clayton Kershaw‘s starts always feel like must-win affairs because generally they require so few runs of support in order to achieve the goal. Today was a different story, however, as he surrendered four runs in six innings of work, with all the runs coming on three homers. He didn’t walk any batters and struck out six, but allowed eight hits to run his pitch count up to 100 on the night.

At least he didn’t get killed, despite the attempt on his life.

Offensively, it was generally trash again, as the Dodgers totaled just seven hits and three walks. Jon Gray is a good pitcher, but also the Dodgers did him a lot of favors today. Hitters consistently got ahead in the count, missed hittable pitches, and then proceeded to ground out meekly somewhere in the infield. A surefire plan for success at Coors Field.

The Dodgers finally got a run in the fifth when Andrew Toles re-enacted his incredible grand slam moment from last year.

Unfortunately, that was kind of it. An Adrian Gonzalez single rolled through the shift drove in Franklin Gutierrez, who wasn’t worthless for once, and that gave some false hope for a bit in the eighth.

Well, at least we got this Yasiel Puig shimmy, I guess.

Getting swept is bad, but hopefully no major injuries.

In the series finale tomorrow, the Dodgers try to salvage something from the set at 9:10 AM HST/12:10 PM PST/3:10 PM EST. With matchup on the mound will be Kenta Maeda, who’s trying to improve over his 2017 debut, against Tyler Anderson, who is a southpaw and is thus a must-start in fantasy baseball.