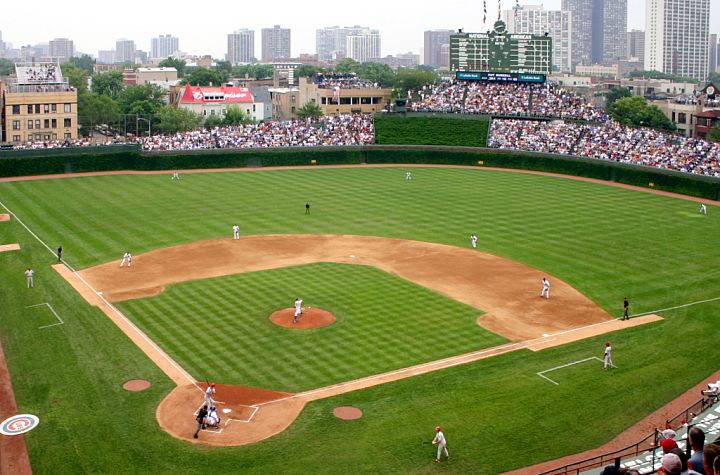 After going 4-3 to open the season, the Dodgers return to the place their 2016 season ended — Wrigley Field in Chicago — to take on the World Champion Cubs.

This should be a Rich Hill v. Jon Lester matchup, but with Hill on the disabled list, Alex Wood gets the call. He looked fantastic in his first relief outing, throwing two innings against San Diego. His fastball was in the 93-95 MPH range and his knuckle curve looked nasty. I wouldn’t expect his velocity to be that high, but he’ll still be in the low-90s. Also, I wouldn’t expect him to go much more than five innings because he isn’t adequately stretched out. Oh, and he’s facing one of baseball’s best offenses, which could factor into things. Still, I’m excited to see him get a turn or two in the rotation.

Speaking of Lester, Cubs manager Joe Maddon shuffled his rotation around to have the Dodgers face two lefties in this series instead of three (the other being old friend Brett Anderson). The Dodgers are 1-2 against left-handed starters this season. They handled Tyler Anderson with ease on Sunday, but Lester is a lot better than Anderson, Kyle Freeland and Clayton Richard. I’m willing to give this team time to turn around the narrative that it can’t hit lefties, and knocking Lester around a bit tonight would go a long way in doing that.

This all might be for naught as the weather in Chicago is cloudy, and the forecast is, well… 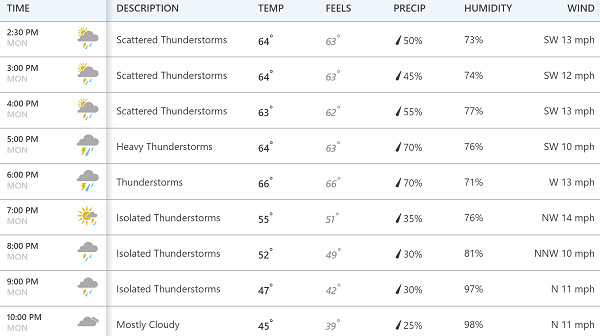 So, we’ll see if this game actually gets played.

As for the Dodger lineup, this should be about the standard operating procedure against southpaws, save the occasional start by Scott Van Slyke at first base or the outfield; Enrique Hernandez in the outfield or at shortstop and Austin Barnes giving Grandal a day off behind the plate.

Julio Urias made his 2017 debut with the Dodgers … of Oklahoma City.

Yeah. Even Eric is a bit confused as to how the Dodgers are handling Urias.

“If the Dodgers’ entire issue with Urias is the limited number of innings in his arm, and the club wants to maximize those innings at the major league level, why was he allowed to throw 79 pitches in a minor league game? Your guess is as good as mine.”

If Eric doesn’t know, then no one does … maybe not even the Dodgers.

Dustin Nosler began writing about the Dodgers in July 2009 at his blog, Feelin' Kinda Blue. He co-hosted a weekly podcast with Jared Massey called Dugout Blues. He was a contributor/editor at The Hardball Times and True Blue LA. He graduated from California State University, Sacramento, with his bachelor’s degree in journalism and a minor in digital media. While at CSUS, he worked for the student-run newspaper The State Hornet for three years, culminating with a 1-year term as editor-in-chief. He resides in Stockton, Calif.
@DustinNosler
Previous Podcast: ‘Dugout Blues’ episode 192 – Opening week, Kershaw, Puig, White
Next Cubs 3, Dodgers 2: Missed chances cost Dodgers in the end