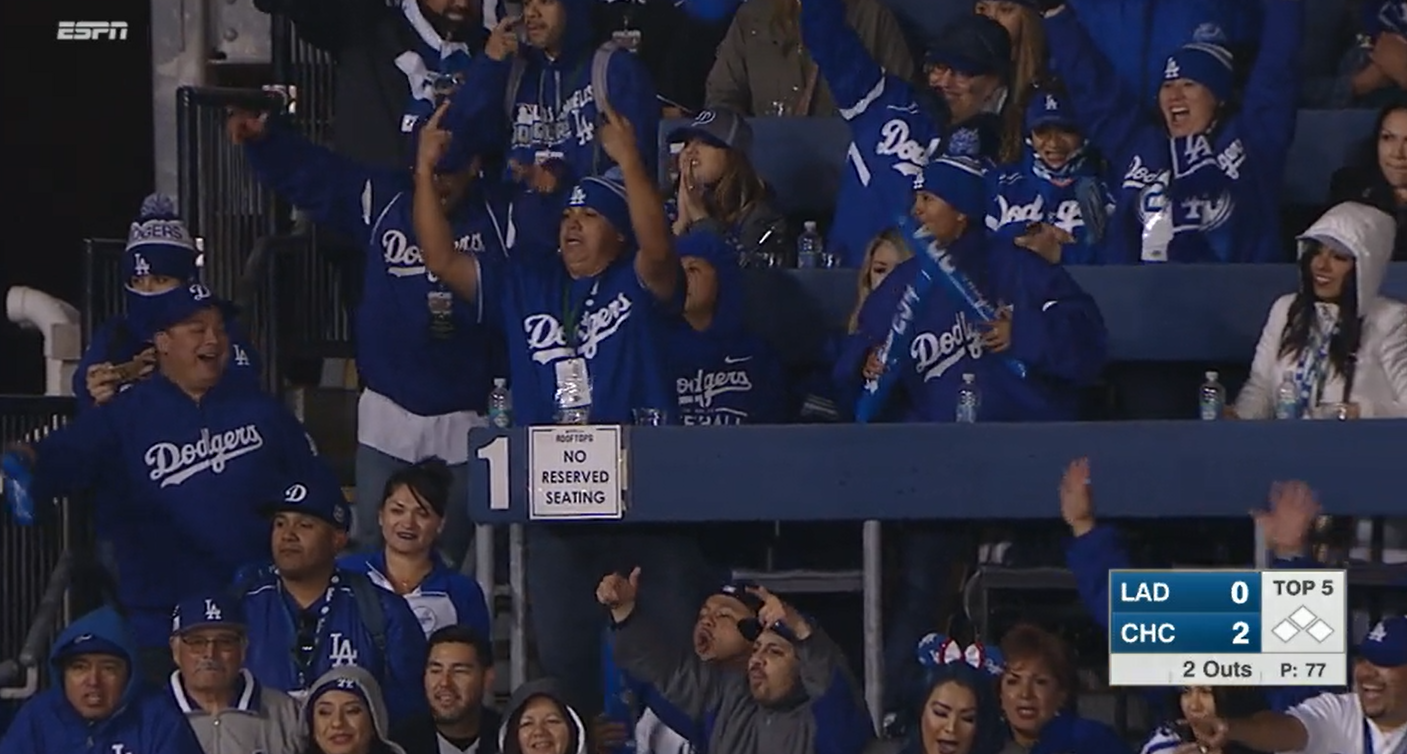 Between the rain delay and the ceremony for the Cubs winning the World Series, the game started about two hours late, which meant it was past old man Dustin’s bed time and thus you have the unenviable position of reading a recap by me.

I do feel bad for you, because if you watched the game, then you also had to suffer through the insufferable ESPN broadcast. It was terrible enough that it even got Brim to complain about it.

That about sums it up.

Jon Lester didn’t have his best command today, which explains the 100 pitches through six, but he struck out seven and limited the Dodgers to four hits and a walk. For most of the game, the efforts by the offense can be summed up by Joc Pederson‘s futile attempt to rattle Lester. 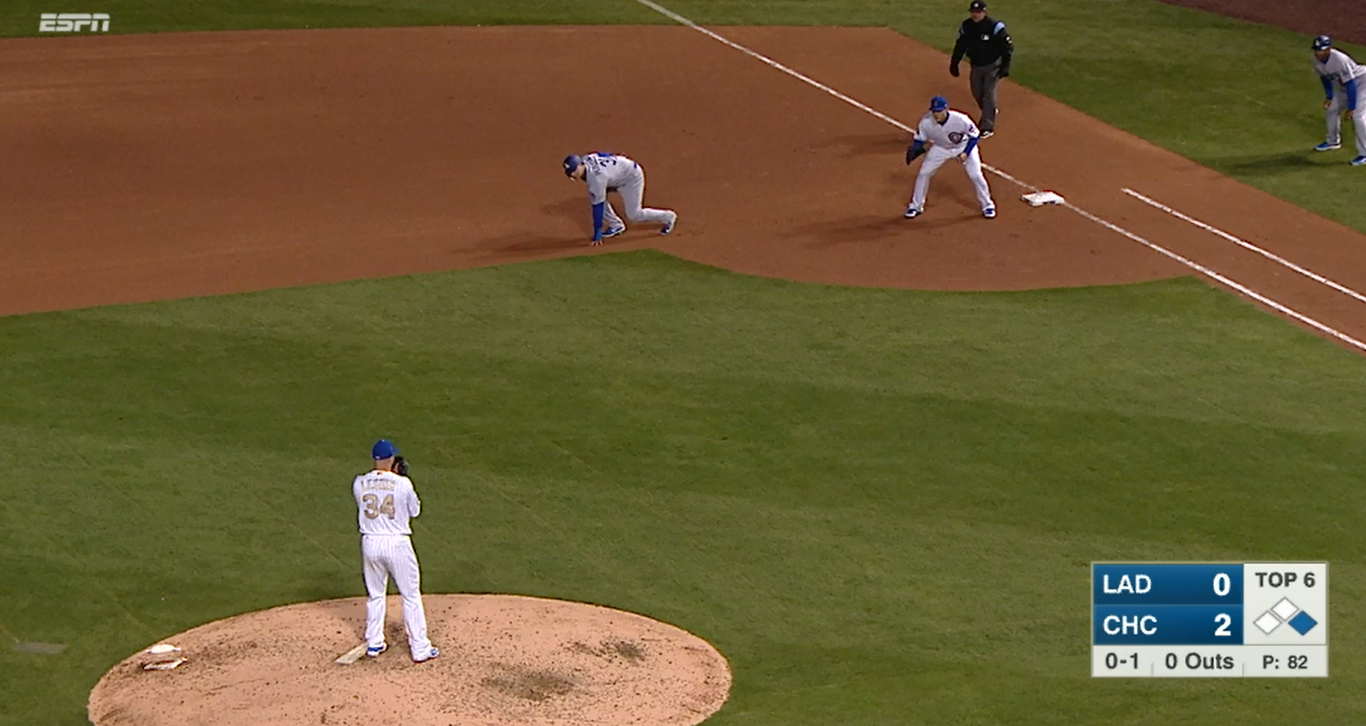 Fortunately though, one of those hits off Lester was a double by Corey Seager, which got the Dodgers a run in the sixth.

Turns out that getting Lester out of the game was just as valuable, as Carl Edwards (who I will never not think is a NASCAR driver) immediately loaded the bases with nobody out on two walks and a catcher’s interference. Justin Grimm then entered in relief but immediately went 3-0 to Joc. Grimm battled back, however, throwing two strikes and then inducing a fly ball into shallow right that prevented the Dodgers from tying the game. Andrew Toles then followed by hitting the ball hard, but on the ground and right at second base for the double play. Of course.

That about summed it up.

Alex Wood got the emergency start for Rich Hill, and obviously he wasn’t going to go deep because his arm strength wasn’t built up to do so. Wood was razor sharp for two scoreless innings, and he seemed to cruise through three as well. However, with two down Yasiel Puig got an error on a difficult play on a foul ball near the wall and Wood ended up issuing a walk, which was then cashed in on a double. Wood then labored in the fourth with a run scoring on a ground out, eventually being removed with the bases loaded and two down. Wood struck out four in 3.2 innings, but allowed two runs (one earned) on three hits and five walks. That looks a bit ugly, but he did admirably in an emergency start and was sharp in the innings he was built up for prior to wilting a bit.

In relief was Ross Stripling, who promptly got out of the bases loaded jam and then threw another scoreless inning after that. The same goes for Josh Fields and Grant Dayton as well, though the latter had a rougher go of it.

Meanwhile, the Dodgers ended up tying the game on an error in the eighth as they tried their best to ground into another double play.

For the game, though, the offense managed just five singles, a double, and three walks. And the bullpen, while sharp, just couldn’t hold an elite Cubs offense off the board forever.

Sergio Romo pitched a scoreless eighth, and rather than use Kenley Jansen in a tie game, Dave Roberts elected to try and get outs from Romo in the ninth as well. Unfortunately, a hit and a grounder led to a runner on second with the heart of the order coming up. Roberts then brought Jansen in, who promptly struck out Kris Bryant for two outs. However, he was allowed to face Anthony Rizzo, which one could argue was questionable with Ben Zobrist and Addison Russell behind, and Rizzo flared a jam shot down the left-field line for the walk-off.

Uh, so that sucked.

Toles is athletic and also awkward with catches like on this half-dive, half-crawl thing.

The Dodgers fall back to 4-4 overall and 1-3 on the road with the loss, though if I’m being honest I definitely expected them to drop today’s game.

There’s a day off tomorrow for whatever reason, but the next day’s game will hopefully actually start on time as the Dodgers look to even the series at 2:05 PM HST/5:05 PM PST/8:05 PM EST on MLB Network. The pitching matchup will be Brandon McCarthy, who will look to build off his last start, against John Lackey, who is an old horse.