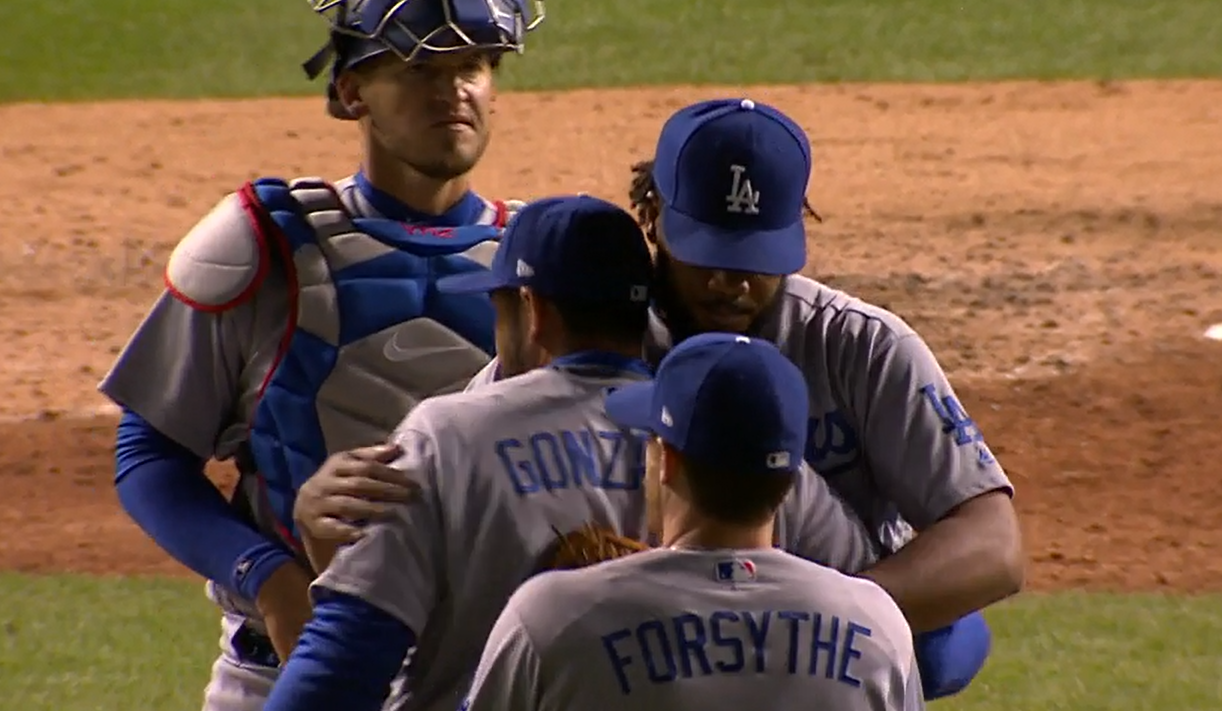 The Dodgers have yet to play their best baseball, that much is clear, but in order to get through the season and the playoffs they’re gonna need to grind out games when they look like crap. Today was a perfect example of playing terribly but still getting the job done.

Brandon McCarthy turned in a gem, looking much like the guy the Dodgers paid to get, striking out four in six shutout innings on 91 pitches, allowing just four hits and three walks. McCarthy mixed all his pitches well, and his command was generally on point as he used everything he could to navigate through a monster of a Cubs lineup. He did get fortunate that a couple of deep flies got caught up in the wind, but all things considered he pitched as well as could be expected. 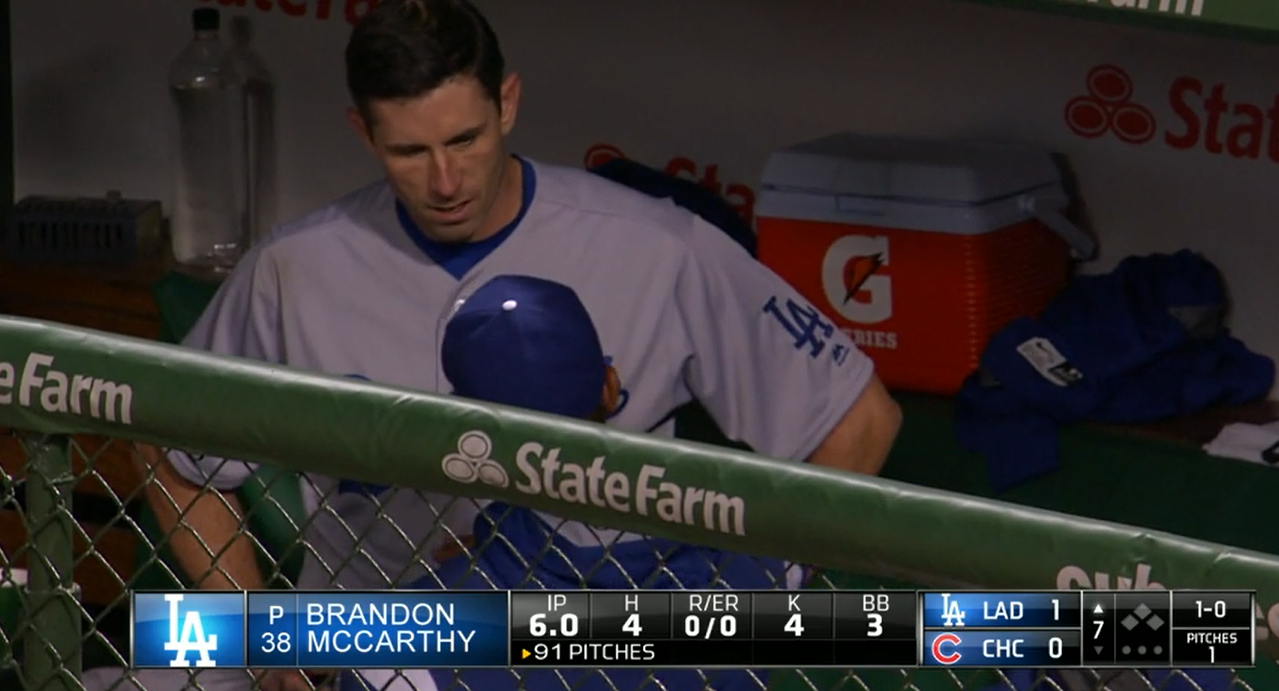 Offensively, things started off as well as they could, with Andrew Toles depositing a homer to right to start the game.

Things seemed to be getting even better later in the first, as the next two batters reached as well. However, Cubs starter John Lackey escaped any further damage by eventually stranding the bases loaded. The same story played out in the second inning, when Lackey stranded two more runners on base, though that was about it for the threats against him on the day. Perhaps that shouldn’t be a surprise since the Dodgers didn’t do much in terms of making contact, as Lackey struck out 10 in his six innings of work, allowing just four hits and three walks.

After going down easy in the seventh against the Cubs’ pen, the Dodgers put together a rally in the eighth. A Logan Forsythe walk, an Adrian Gonzalez single, and a Yasmani Grandal walk with one down loaded the bases, and Justin Turner was called into action for Joc Pederson. Alright! Time to bust it ope … he grounded into a double play.

In the ninth, the Dodgers got a bit of insurance. Chase Utley walked to start the frame, and with two out and Utley running on the pitch, Toles struck out. However, catcher Willson Contreras took the putout nonchalantly and threw it into right field. Utley never stopped sprinting and made it home.

The offense didn’t do much, honestly, totaling just five hits and a six walks on the day and failing to cash in anything after the lead-off hitter of the game.

Thankfully then, the bullpen continued its run of excellence.

Ross Stripling entered the game out of the pen in the seventh, and given how he’s looked recently, it’s understandable. Stripling came out and dominated with a 1-2-3 inning with two punchouts, continuing to prove that with his fastball playing up at 93-94 mph, his curve, cutter, change combination is hard to get used to one time through the order. He came out again in the eighth, striking out two and inducing a grounder, unfortunately Corey Seager still doesn’t have his throwing down and he was charged with an error.

Luis Avilan then entered to face lefty Kyle Schwarber, whom he retired with a punchout to escape trouble. Avilan turned the game and a two-run lead over to Kenley Jansen to face the heart of the Cubs order in Kris Bryant, Anthony Rizzo, and Ben Zobrist. Jansen got Bryant to line out, but Rizzo hit a jam-shot single. Thankfully, he got Zobrist to pop-out to the catcher and Addison Russell flied out to left to end the game in a victory.

It’s gonna be an early one tomorrow in the finale as the Dodgers go for the series win, with the game start time slated for 8:20 AM HST/11:20 AM PST/2:20 PM EST. The matchup will be a battle of lefties, with Hyun-Jin Ryu on the hill against Brett Anderson, who will surely throw a shutout after being worthless for the Dodgers last year.