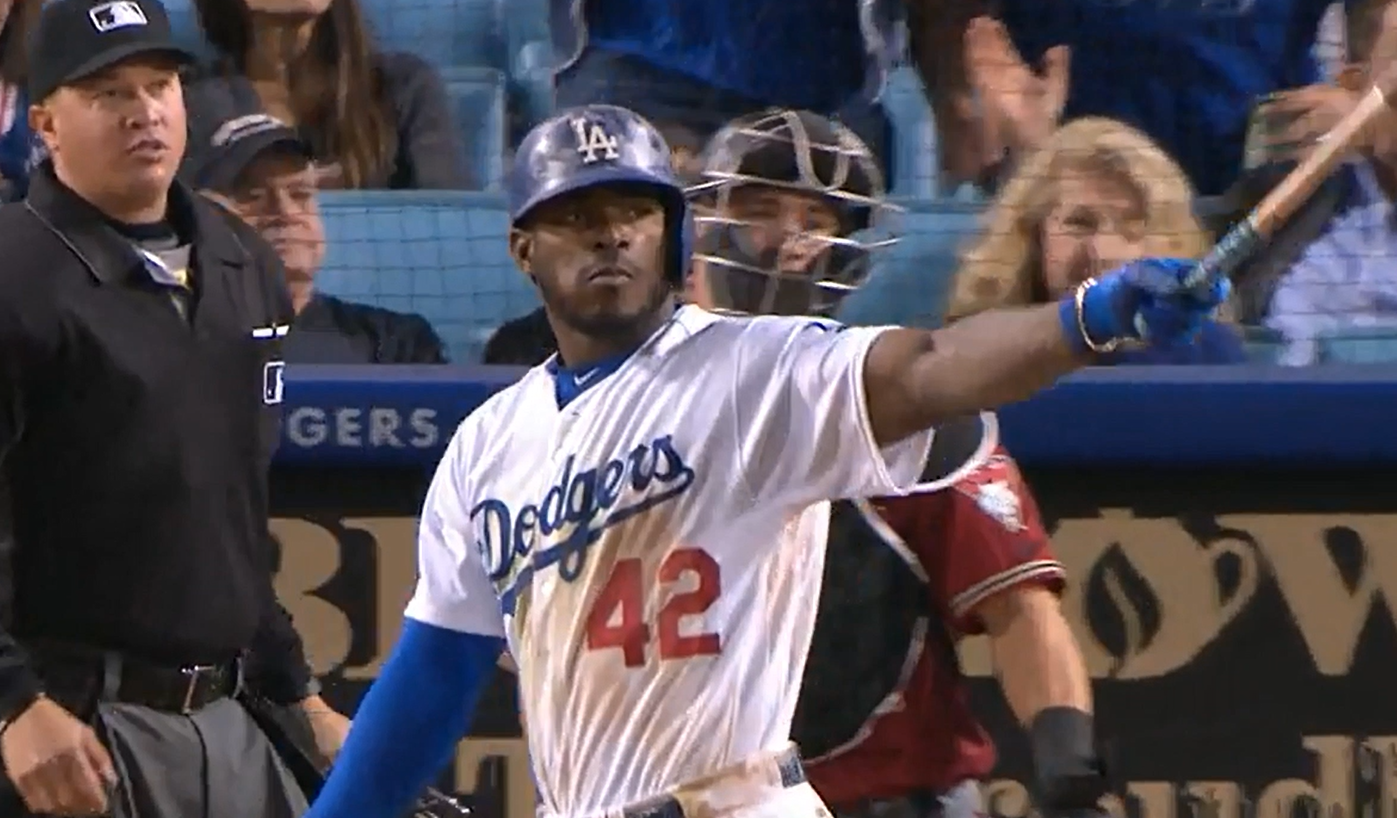 It’s gonna take more than a couple successful games against non-elite lefty starters for the Dodgers to prove they’re over the lefty pitching bug, but nights like tonight are a giant leap forward, as they consistently put together quality plate appearances and outslugged the D-backs.

Kenta Maeda‘s command was highlighted in the game thread, because while the walk numbers have been fine this year, his location hasn’t been on point yet. That continued to be a problem tonight, as Maeda walked just one batter but was victimized by Nick Ahmed (yes) on two hanging sliders for four runs — a three-run shot in the second and an RBI single in the fourth.

Maeda gave up only four hits and a walk, and even struck out five with a fastball sitting 91-93 mph and frequently touching 94 mph, but only lasted four innings and 71 pitches. Honestly, he was probably removed because there were better matches for the D-backs lineup than a righty stater, but also for general ineffectiveness. 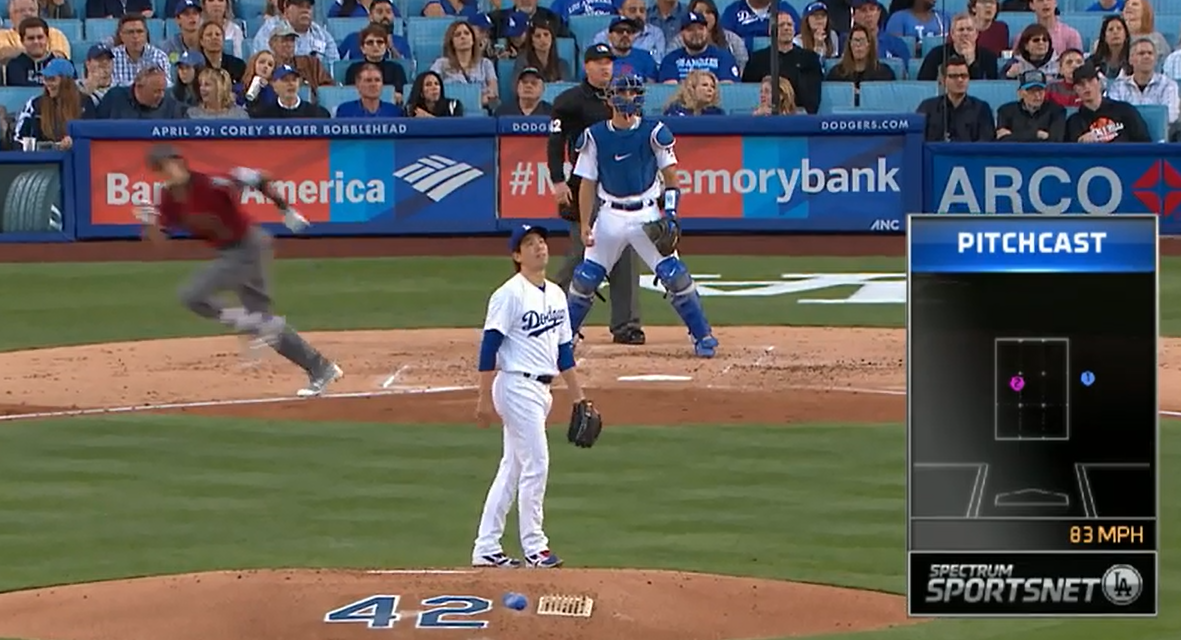 Less than ideal location, as I said.

Some are down on Maeda already, but it’s just three starts and the stuff is there, so I’m not all that concerned at this point.

Thankfully then, the Dodgers worked hard to exorcise their demons against lefty pitching. The offense started the game with three consecutive hits — Logan Forsythe double, Corey Seager single, Justin Turner double — the middle of which got the scoring started quick.

Yasiel Puig then hit a sacrifice fly to right to give the Dodgers two runs in the first. In the second, the scoring continued thanks to Austin Barnes crushing a ball to left off the fair pole.

The Dodgers got back at it in the fourth, scoring a run on a sac fly from Seager to left after Scott Van Slyke reached on an error and Forsythe blooped his third hit of the day over second base. After Turner was hit by the pitch, Puig drilled a ball to left for a single. However, rather than send Forsythe home, he was stopped despite having been running on contact due to two outs and facing infielder Daniel Descalso‘s arm in left. Adrian Gonzalez then got a shot with the bases loaded and promptly grounded out weakly to end the threat.

The odd thing was that Forsythe was then double switched out of the game in favor of pinch-hitter SVS when Alex Wood entered, and I’d much rather have had it been a Dave Roberts boner than the alternative of Forsythe being hurt just as he’s in the midst of a 10-for-23 run. Unfortunately, well, it’s the Dodgers.

Praying for the best.

Anyway, speaking of Wood, he entered a game deadlocked at four in the fifth inning and absolutely slammed the door. Wood allowed just two baserunners in 3.1 innings of work, both of which came on errors (JT and Enrique Hernandez). Otherwise, he allowed no hits and no walks, striking out three D-backs on the way.

That allowed the Dodgers enough time to take a lead as the offense exploded! … Or this happened.

All in the plan.

In the top of the eighth, after Wood got the lead-off man and nursing a one-run lead, things got matchup happy. Wood was removed for Sergio Romo — which is fine since he’s basically a ROOGY — who allowed a “single” to Paul Goldschmidt on a play that Seager should’ve made. Romo was then removed for Luis Avilan, who struck out Jake Lamb for the second out. With a righty coming up, Roberts called on Kenley Jansen for the four-out save. It didn’t exactly go to plan, however, as Brandon Drury was about an inch away from tying the game on a bloop and/or Puig ending a life, but thankfully Enrique made a great play going into the outfield. 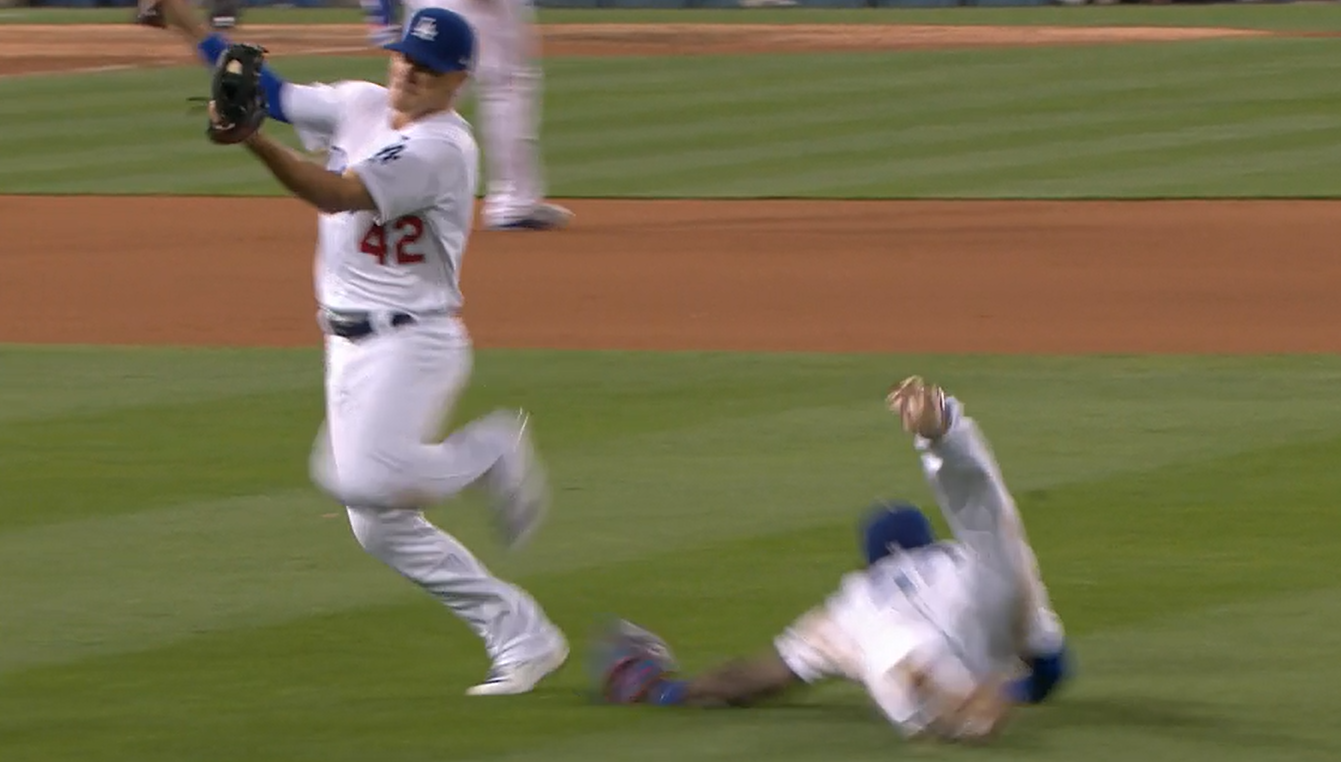 In the ninth, Puig made sure things were all but over. After back-to-back strikeouts, reliever J.J. Hoover was taken out for Fernando Rodney, who proceeded to give up a double to Seager and then hit JT with a pitch. Turner didn’t look pleased with that, but Puig paid him back by drilling a line shot over the left-field fence for a three-run bomb.

Since Kenley was warm already, he proceeded to close down the ninth inning by the striking out the side and preserving the victory with a stress-free inning.

With the win the Dodgers improve to 7-5 on the year and 5-1 at home. The Dodgers now have a better record than the Cubs, which means we should have multiple articles questioning the Cubs front office, right? Right.